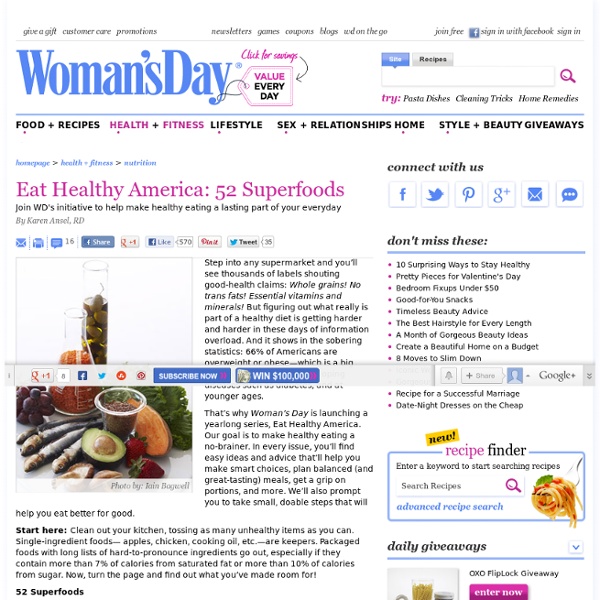 The World's Healthiest Foods 100 foods that can serve as the basis of your Healthiest Way of Eating Links to the articles about these foods can be found below. In addition to questions about our foods, we often get asked about beverages and sweeteners. In the beverage category, water and green tea have been especially popular topics, and in the sweetener category, so have honey and maple syrup.

Meet the Personal Chef of Pot Jonesing for some gourmet tri-tip and a solid buzz? Check out Cannabis Catering, a San Francisco-based outfit that specializes in marijuana cuisine. The brainchild of Chef Frederick Nesbitt, a California Culinary Academy-trained chef who has worked as personal chef for Jerry Rice and John Madden, Cannabis Catering offers four and five-course meals laced with ganja. The idea for Cannabis Catering came to Nesbitt when he learned that his friend's diabetic mother had been diagnosed with cancer. "I would bring back edibles [from the dispensary], but they're so high in high-fructose corn syrup that she was high off sugar rather than being medicated," he says.

Joel Fuhrman’s Super Immunity Diet Dr. Joel Fuhrman, a renowned physician and nutritional researcher, has penned several best-selling books on warding off every kind of illness (from the common cold to cancer) simply by changing the way we eat. His new book, The Super Immunity Diet, is based on his firmly held belief that food is medicine. His book relies on what he calls a “nutritarian” diet, based on foods with the highest nutrient per calorie density. According to Dr. Most powerful food combos Who came up with the idea that we are supposed to drink orange juice at breakfast? And why, if oatmeal is so good for us, do we eat that only in the morning as well? Apologies to the Palinites, but nutritionists are starting to realize that you and I like our oatmeal and OJ before we start the day because we evolved to like it that way—because enjoying the two together is healthier than eating each of them alone.

20 Healthiest Foods on Earth Some foods pack more nutritional punch than others, and these 24 offer the most health benefits pound for pound of all food on the planet. They not only show up on our massive list of Superfoods, but they also make it onto plenty of top 1o lists across the internet, and several have long been known to provide plenty of nutrients and and goodies for the body. There are a few that you might not be familiar with, so consider this an introduction, and then you can get to know them better in the future… 1. Spinach Much has been written about the virtues of spinach, and rightly so. The 29 Healthiest Foods on the Planet The following is a "healthy food hot list" consisting of the 29 food that will give you the biggest nutritional bang for you caloric buck, as well as decrease your risk for deadly illnesses like cancer, diabetes and heart disease. Along with each description is a suggestion as to how to incorporate these power-foods into your diet. Fruits 01. Apricots The Power: Beta-carotene, which helps prevent free-radical damage and protect the eyes.

Dark Chocolate Guinness Cake with Bailey’s Buttercream Makes an 8″ layered cake So here we are, cooking the world A-Z… and I come across this epic Irish cake. I make this adaptation and… just like that – my life is complete. I don’t have time to do my hair or makeup, but – I promise you – I’ll always have time for this cake. 18 foods that fight common ailments Did you know that falling asleep easier, preventing PMS and easing the aches and pains of arthritis could be as easy as stocking your kitchen with the right foods? Take 47-year-old Sarah. When I first met her, she was 50 pounds overweight and had high cholesterol, high blood pressure and diabetes. Together we created a plan that incorporated the best foods into her diet. After just three months, Sarah's cholesterol dropped by 60 points and she had lost 30 pounds. Even better, she was able to say goodbye to her diabetes and blood pressure meds!

Low-Calorie Strawberry Banana Yogurt Dessert Strawberries are in season, so take advantage of the sweet and juicy fruit with a healthy low-calorie dessert that tastes like oh-so-decadent strawberry cheesecake. It's made with a handful of ingredients you probably already have in your kitchen, so it's a cinch to whip up; you'll be amazed it's under 150 calories per serving. These are topped with sliced almonds, but you can get creative and use blueberries, dried cherries, chopped cashews, crystallized ginger, a sprinkle of granola, or a few chocolate chips. Continue reading to find out how to make this fiber-filled recipe. Ingredients 8 strawberries 2 oz. vanilla Greek yogurt 1/2 small banana 1 tablespoon sliced almonds