The Evolution of Western Dance Music! 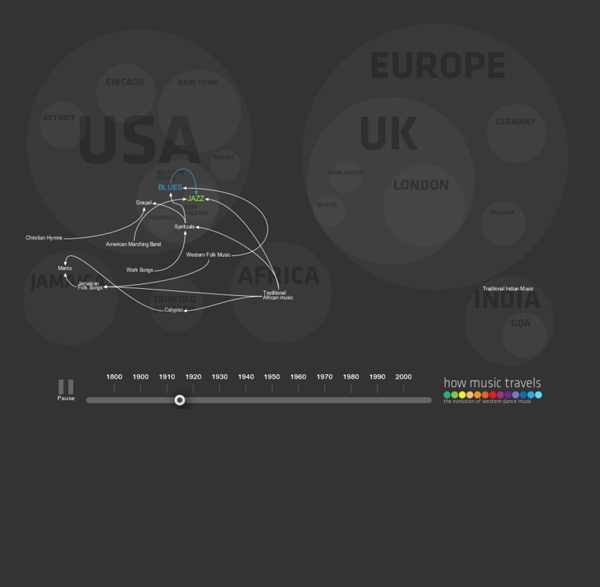 How “Lost” changed the way the world watches TV Mr. Eko, the Nigerian drug lord turned priest, would say that the story of Lost’s creation was not coincidence, but fate. Hatched as a half-baked kernel of an idea by an ABC executive on his way out the door, the show became a gargantuan worldwide success just a few months later. The timing was fortuitous. Lost debuted just as social media was entering adulthood, and the show became the quintessential 21st century viewing experience. The “perfect storm of Lost,” as TV critic Alan Sepinwall puts it in his book The Revolution Was Televised, began on September 22, 2004.

Adam Hartwig : Work And Play : Creative Edge Parties Starworks Artists website. Utilising device tilt on tablet/mobile. I was approached to work with Starworks Artists to produce a new upgraded version of their site, with the aim of it being a cross platform and slick new experience. I produced all aspects of the development and UX of the site from the ground up, with additional input into the overall design in elements such as the lightbox. Interactive: Mapping the World's Friendships Technology bridges distance and borders. Individuals today can keep in touch with their friends and family in completely new ways — regardless of where they live. We explored these international connections through Facebook and found some trends — some predictable, some wholly unexpected, and some still inexplicable.

One man, 100,000 toothpicks, and 35 years: An incredible kinetic sculpture of San Francisco Thirty five years ago I had yet to be born, but artist Scott Weaver had already begun work on this insanely complex kinetic sculpture, Rolling through the Bay, that he continues to modify and expand even today. The elaborate sculpture is comprised of multiple “tours” that move pingpong balls through neighborhoods, historical locations, and iconic symbols of San Francisco, all recreated with a little glue, some toothpicks, and an incredible amount of ingenuity. He admits in the video that there are several toothpick sculptures even larger than his, but none has the unique kinetic components he’s constructed. Via his website Weaver estimates he’s spent over 3,000 hours on the project, and the toothpicks have been sourced from around the world: I have used different brands of toothpicks depending on what I am building.

If You Blow on Your Thumb, Here's The Effect it Will Have on Your Body Bodies are real mystery, and even science cannot answer all the questions related to their vital functions. For instance, sore joints can trigger the healing of other ailment, and the other way around. The good thing is that you can use a few simple tricks to soothe your sore throat, clear stuffy nose and treat any other ailment.

James Bond 007 Cars Evolution <div class="no-js-warning">This site is better with JavaScript turned on!</div> Licence to drive Everyone has a favourite Bond - and a favourite Bond girl - but what's your favourite Bond car? Scroll through time to find out e-String-Florent Colautti e-String is first an homebuilt string instrument with electromagnetic bows (e-bow) piloted by the computer. Then, I amplify the string sound and process with Max/msp. The instrument offers special sound modes: short sounds, continuous sounds, pitched or not, and various behaviors related to electronic control and transformations. The instrument sounds acoustic, but amplification (pickups + contacts) recovers various audio qualities. I’m focused on shaping the matter of the strings, carving and reconstructing it, but also on the physical quality and texture of the acoustic string vibrations.

Articles – Data Pointed Literally Billions April 8, 2013 – Last year, according to the U.S. Census Bureau, the world’s population topped seven billion, and now stands at approximately 7,077,490,000 as of noon Eastern, April 8, 2013. Above Sea Level 31 Things I've Learned in 31 Years If you think he likes you, you're probably right. If you think he's cheating, you're probably right. If you think she's going to be your new BFF, (this time with feeling!) The Best Bond Gadgets Of All Time James Bond, in his various faces and reboots, has been maintaining the Anglo-American sphere of influence for over 50 years. But rarely has he been able to handle the demands of being an undercover operative alone. Along with vehicles, friends and colleagues, and of course women, 007 has relied on a library of gadgets that can go toe to toe with the best wearable technology of today. Some of the gadgets are absurd.

Spatial interfaces for exploring music - Duke Listens! On her blog, Anita Lillie (master's candidate at MIT's media lab) has asked for help finding projects and papers about spatially-based organization of digital music collections. I've posted a few comments pointing to ones that I know about - but I'm sure there are more. If you know of other interesting spatial interfaces to music add a comment here or over at Anita's research blog . And as an extra credit assignment, use the Apple SDK to port some of these to the iPhone. Here are some of my favorites:

Laconic History of the World on HUGEpic Powered by HUGEpic.io Link to right here with positionwithout position You can embed this on your own page The Rathaus With a Nico-esque voice captivating melodies strangely dark and sweet all at once, songstress Cate Le Bon holds her own as more than just the opening act for St. Vincent. However, she is the opening act for St. Vincent so don’t be late! St. Vincent / Cate Le Bon Tour Dates 10/06 – St.