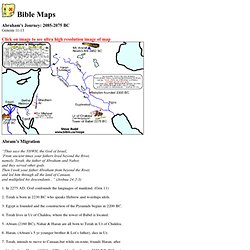 Then I took your father Abraham from beyond the River, and led him through all the land of Canaan, and multiplied his descendants...” 1. 2. 3. 4. 5. 6. 7. His dead son Haran, 1000 km NW and he dies there in 2025 BC (205 yrs). 8. To Abram at age 75 years old in Haran and tells him to move to Canaan. Maps-Judaism. Abraham's Journey From Ancient Israel Palestine in the time of Christ The Jewish Diaspora From Centres of Judaism - First Century A.D. 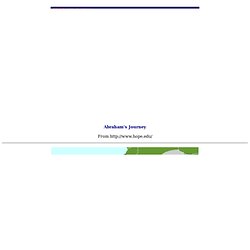 Major Centres of Judiasm in Europe. Torahd5. History Crash Course #68: Timeline: From Abraham to the State of Israel. Easy print PDF version of this timeline 12k PDF courtesy of S. 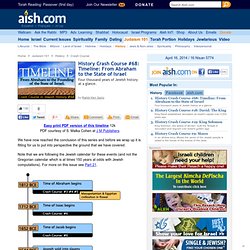 Malka Cohen at J M Publishers We have now reached the conclusion of this series and before we wrap up it is fitting for us to put into perspective the ground that we have covered. Note that we are following the Jewish calendar for these events (and not the Gregorian calendar which is at times 150 years at odds with Jewish computations). For more on this issue see Part 21. Get Aish.com's Free Email Updates. Easy print PDF version of this timeline 12k PDF courtesy of S. Crash Course in Jewish History -- The Book See below for info on the Crash Course in Jewish History book - fully sourced and annotated with timelines, maps, charts and bibliography. Jewish History Timeline Chart. Timeline of Jewish history. This is a timeline of the development of Jews and Judaism. 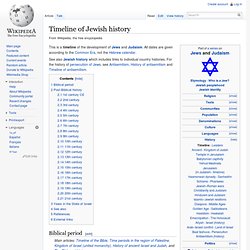 All dates are given according to the Common Era, not the Hebrew calendar. See also Jewish history which includes links to individual country histories. For the history of persecution of Jews, see Antisemitism, History of antisemitism and Timeline of antisemitism. Biblical period[edit] c. 1312 BCE(? The Exodus from Egypt (Moses) c. 1150 BCE–c. 1025 BCE Biblical Judges lead the people c. 1025 BCE–c. 1010 BCE King Saul c. 1010 BCE–c. 970 BCE King David c. 970 BCE–c. 931 BCE King Solomon c. 1000 BCE–c. 900 BCE Khirbet Qeiyafa inscription is discovered, demonstrating the historicity of an ancient Israelite religion and also giving evidence to figures as early as King David as being real and not mythological.[1] Further evidence of King David's existence was found at the excavation of the Tel Dan Stele. c. 960 BCE Solomon's Temple in Jerusalem completed c. 931 BCE Split between Kingdom of Israel (Samaria) and Kingdom of Judah.