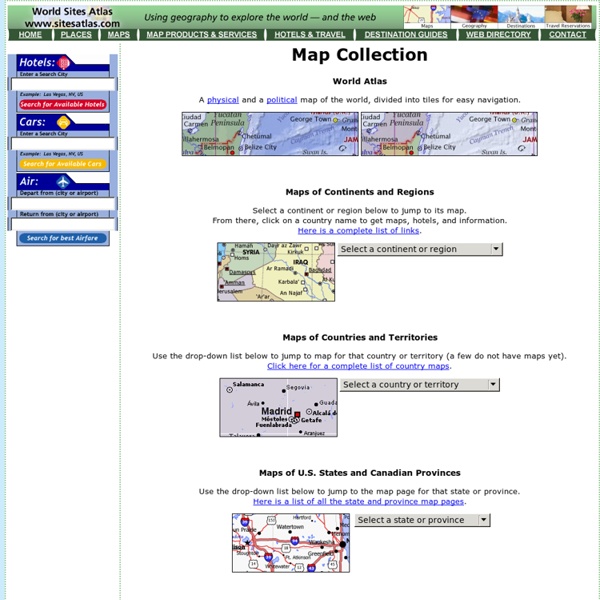 World Atlas A physical and a political map of the world, divided into tiles for easy navigation. Maps of Continents and Regions Select a continent or region below to jump to its map. Maps of Countries and Territories Use the drop-down list below to jump to map for that country or territory (a few do not have maps yet).Click here for a complete list of country maps. Maps of U.S. Use the drop-down list below to jump to the map page for that state or province.Here is a list of all the state and province map pages. Maps of U.S. We have over 20,000 pages for U.S. cities and towns. Thematic World Maps Select a statistic below to go to its interactive world map.Here is a complete list of links.