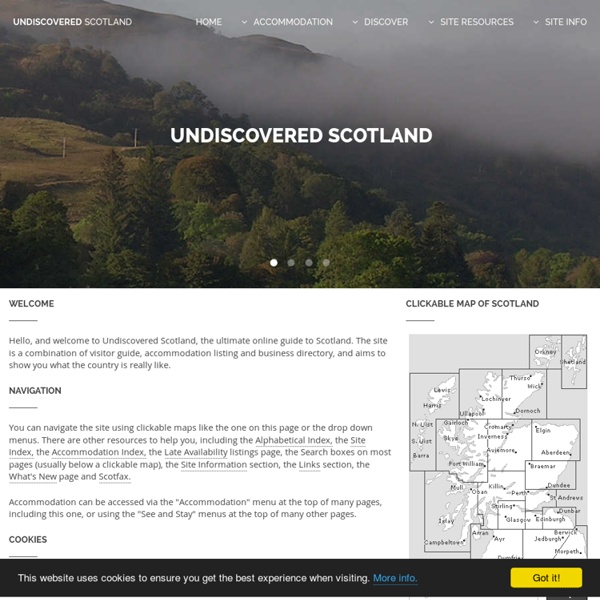 Scotland from the Roadside A Taste of Scotland It was the readiness with which he spoke of them. It was the context. He knew that I had arrived in , for my first visit, just an hour earlier. He and I were all of 90 seconds into our conversation. “You have to eat haggis,” he said, not in the manner of someone making a recommendation but in the manner of someone issuing a dare. A taunting manner. Haggis, as the Scottish-savvy know, is a mash of sheep organs: heart, liver, lungs. Part staple, part cliché, it persists, but why introduce it as the soul and glory of Scotland, especially to a first-time visitor who hadn’t flagged any particular culinary curiosity? I had nonetheless sketched out a stomach-centric itinerary, and I was counting on a lot more and a lot better than haggis. I was bound for the Highlands, mainly for the landscape. My friend Barbara and I plotted our route so that for each of three successive nights, we would stay in a town with a reputedly fine restaurant. This plotting was disconcertingly easy. “The castle?”

Stones of Wonder - Scottish standing stones, stone circles and cairns Walkhighlands: Scotland walks and accommodation Kilchurn Castle Feature Page on Undiscovered Scotland Many Scottish castles tell the story of the changing times they lived through. It is quite common to find a castle that started life as a stronghold before being converted over the years to first a comfortable, then a showcase, home: or which was abandoned in favour of a nearby fine house when the struggle of conversion became too much trouble, and defence was no longer a priority. Kilchurn Castle evolved in a slightly different way. It was built in about 1450 by Sir Colin Campbell, first Lord of Glenorchy, and it started life as a five storey tower house with a courtyard defended by an outer wall. Not often appreciated today is that when built, Kilchurn was on a small island in Loch Awe scarcely larger than the castle itself: you can see this on part of a map drawn by Timothy Pont in the late 1500s here. Kilchurn's development started to take an unusual turn in 1681. The castle is possibly best appreciated by walking around the headland on which it stands.

Scotsman.com - Scottish news, sport & business headlines direct from Scotland Top 10 London Markets - Things To Do London markets sell everything from food to flowers, modern art to antiques, clothes to curios. Large, sprawling markets such as Spitalfields, Camden Market or Portobello Road are ideal if you want to spend a day wandering about, hopefully finding a few bargains along the way. Greenwich is great for gifts and local designers, and you can't beat Borough for a quick bite. Alfies Antique Market London's largest indoor market is a treasure trove of antique and vintage clothes, collectables and 20th century design pieces. Borough Market Discover this gourmet's paradise in London. Brick Lane Market Spreading across several streets in the Brick Lane area, you'll find both junk and gems in this market! Broadway Market Broadway Market in Hackney sells an eclectic mix of goods from local farmers, artists and craftspeople in order to temp the customer to sample and buy. Camden Lock Market Camden Lock is the central hub of Camden's huge market, which is home to more than 100 shops and stalls.

Home | SYHA Hostelling Scotland, best network of hostels in Scotland Glasgow revealed as the UK city which has inspired the most song titles February 2, 2012 12:01 Scottish city narrowly edges out Edinburgh, Birmingham and Liverpool More Various Artists news, reviews, videos and tour dates Buy Various Artists music from Amazon Glasvegas, who are from Glasgow Photo: Tommy Ga-Ken Wan/Press has been revealed as the UK city which has inspired the most song titles. According to research carried out by PRS , the Scottish city has featured in the title of 119 songs on their database of recorded music, which makes it overwhelmingly the most namechecked in song titles (excluding the UK capital London). Scotland's other major city, Edinburgh, was second with 95, while Birmingham was third with 89, Liverpool was fourth with 67 and Manchester was fifth with 63. Further down the list, Belfast was sixth with 60, York was surprisingly high at seven with 59, while Brighton, Bristol and Newcastle made up the rest of the Top 10. The Top 10 cities, which feature in song titles, are as follows: {*style:<b>1. 2. 3. 4. 5. 6. 7. 8. 9. 10. Comments