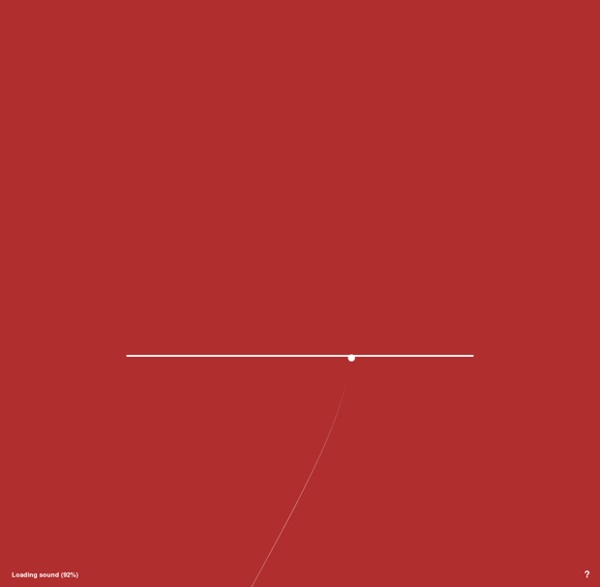 Paul Klee: Triumph of a 'degenerate' "I cannot be grasped in the here and now," the artist Paul Klee wrote as the first line of his own tombstone epitaph. Which in one sense is the opposite of the truth. There are few among the leading Modernist painters who are not more readily known than Klee, with his spindly lines and squared block colours, and even fewer who are more readily loved. Picasso and Matisse seize you with their vision, Klee has the knack of making you feel a partner in it. Click here or on 'view gallery' to see more of Klee's works on show at Tate Modern

About the Virtual Choir – Eric Whitacre's Virtual Choir The Virtual Choir is a global phenomenon, creating a user-generated choir that brings together singers from around the world and their love of music in a new way through the use of technology. Singers record and upload their videos from locations all over the world. Each one of the videos is then synchronised and combined into one single performance to create the Virtual Choir.

How to construct chords - Piano Clues: Free tips and lessons for playing piano, organ and electronic keyboard You don’t need a “1000 Chords Dictionary” to be able to read and play chords. You can learn how to form chords on your own, because chords are built using simple formulas. A chord is three or more notes played at the same time. It’s as simple as that. Of course, the trick is to know which three notes… Photo to Oil Painting Converter - Oil painting photo effect online Sending your request to Picture to People server ... It can take a minute to calculate, so please wait. If you receive a file to download, after saving it, refresh this page pressing F5. News & Support

Boil the Frog Boil the Frog lets you create a playlist of songs that gradually takes you from one music style to another. It's like the proverbial frog in the pot of water. If you heat up the pot slowly enough, the frog will never notice that he's being made into a stew and jump out of the pot. With a Boil the frog playlist you can do the same, but with music. You can generate a playlist that will take the listener from one style of music to the other, without the listener ever noticing that they are being made into a stew. How does it work?

Learning and Loving Music Theory Kelvin, You actually caught a mistake on the roman numerals! Thanks, I’ll have to fix that. Powerfully Moving Brush Strokes UK-based contemporary painter Paul Wright creates incredibly intimate, yet somewhat abstract, oil paintings that draw the viewer in. His work focuses primarily on people and faces, but he occasionally ventures off to depict clothing and objects to reflect the people who own them. Wright captures the essence of his characters. Each artwork has its own emotional expression attached to it.

A comeback for the humble cassette? - Features - Music - The Independent His nonplussed response was delightful. We were witnessing the obsolescence of technology at first hand, right there; as we explained how it worked it almost felt like we were experts on an episode of Antiques Roadshow. (Although sadly in the item in question was worth almost nothing.) Two brothers, Benny and Rafi Fine, have seen the viral potential of this kind of thing, and have recently started a series on YouTube called Kids React To Technology. Their latest film features the baffled responses of a group of children to the Sony Walkman; the cassette format makes virtually no sense to them, and it's not hard to see why. While vinyl has experienced a hipster resurgence in popularity – 780,000 albums were sold last year, the highest tally since 1997 – the cassette, with its stern instructions to "spool to end of tape before playing other side", looks hilariously retro.

“The Raft of the Medusa” – Art A Fact There are few better examples of technical mastery than Gericault’s tale of the poor shipwrecked souls of the French Naval Ship, The Medusa. Imagine an artist today creating a HUGE scene of the BP oil spills from a few years back – quite controversial right? But Gericault new that painting a scene of contemporary history could launch his career. Only 15 people survived the shipwreck and raft ordeal (of the original 147 that began on the raft!) Starvation, madness, even cannibalism are parts of this horrific tale of survival.