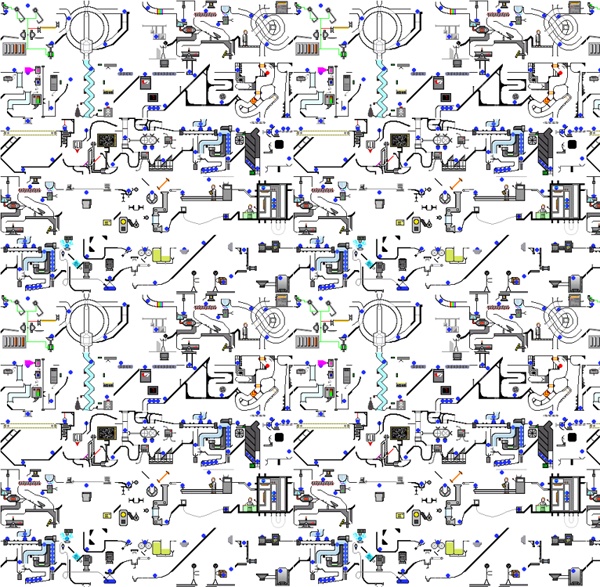 May 2015 Here is a segment on the Morris Museum that was broadcast by WMBC-TV in the New York City & northern New Jersey area last weekend. The first two-thirds of the video is on the mechanical music instruments, and the rest is about the automata. Not only do we get to see and hear some of these wonderful machines, but we also get some valuable commentary from the both the Conservator and Curators of the collection. Ever wonder why so many of the old automata feature monkeys dressed up in fancy cloths? Watch the video to find out why! Here is where you can learn more about the Morris Museum in Morristown, New Jersey

WebGL Water Loading... Made by Evan Wallace This demo requires a decent graphics card and up-to-date drivers. Colors by Lightness (Internet Explorer) Get started Plan Develop Sign in Technologies API reference Samples Community Colors by Lightness The named colors, sorted by lightness. The following code example provides a dynamic table of the named colors that can be sorted by various column headers. The Sun Altered Cube: A solar powered kinetic installation by Michael Jantzen The painted steel Sun Altered Cube is a large solar powered kinetic art installation designed by Michael Jantzen to be placed into a public park. An array of solar cells is mounted on the top of the cube. These solar cells power two electric motors that are connected to two corners of the cube. The corners have been separated from the rest of the cube so they can be slowly rotated in and out of phase, by the solar powered electric motors.

Brown Sugar Hair Straightener Welcome to Pinterest Tested! Ever wonder if that miracle cleaner is really miraculous? Or what about that homemade facial cleanser or delicious-looking recipe? This is the place to find out! ‘The Avengers:' 8 Things You May Have Missed the First Time Around Marvel/Disney "The Avengers" arrives on Blu-ray this week and, as you might expect, it's chock full of bonus clips, special features and even a brand new 10-minute short film. It's pretty epic. But before you start diving into the special features, there's something else you're going to want to watch first: The movie itself. That's because director Joss Whedon and the folks at Marvel crammed the film with so many Easter eggs, cameos and moments that make you go "hmm" that even the most dedicated fan couldn't catch all of them.

A Basket That's a Wiggling Work of Kinetic Art [Video] The incredible thing about Bidum is that it's a basket, and it swings, shimmies, and shakes like some sort of cross between a Slinky and a giant Koosh Ball. The more incredible thing is that it's a basket, and we're actually excited about it. Once you see the videos, though, you'll get what all the fuss is about. Watch: Industrial designer Laetitia Florin produced Bidum for her graduate thesis at the École Cantonale d'Art de Lausanne, in Switzerland. She got it to bounce by sheathing cotton over thin spring-steel strips.