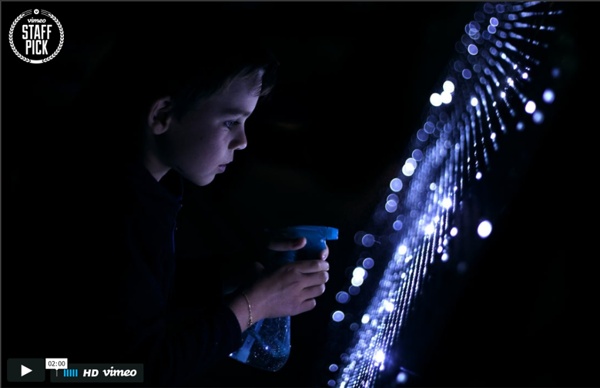 The Best Art Books of 2012 by Maria Popova From Indian folklore to Paris vs. NYC, by way of Japanese Wonderland and 80 years of loving of dogs. After last week’s look at the best science books of 2012, the season’s indulgently subjective and non-exhaustive best-of reading lists continue with the year’s favorite art books, in no particular order. (Catch up on last year’s roundup here.) From visionary Indian indie publisher Tara Books, who for nearly two decades have been giving voice to marginalized art and literature through a commune of artists, writers, and designers collaborating on beautifully crafted books celebrating Indian folk art traditions. Tejubehan takes us on a journey from her small village into the big city, where her poor parents move to find work. It is like magic. We reach the city! At its heart, however, the story is really a feminist story — a vision for women’s liberation in a culture with oppressive gender norms and limiting social expectations. I like cars. He writes in the introduction:

ISO - No Fire The crayola-fication of the world: How we gave colors names, and it messed with our brains (part I) “Who in the rainbow can draw the line where the violet tint ends and the orange tint begins? Distinctly we see the difference of the colors, but where exactly does the one first blendingly enter into the other? So with sanity and insanity.” Spectral Rhythm. In Japan, people often refer to traffic lights as being blue in color. Blue and green are similar in hue. One of the first fences in this color continuum came from an unlikely place – crayons. Reconstructing the rainbow. In modern Japanese, midori is the word for green, as distinct from blue. And it’s not just Japanese. (Update: Some clarifications here. I find this fascinating, because it highlights a powerful idea about how we might see the world. Imagine that you had a rainbow-colored piece of paper that smoothly blends from one color to the other. A map of color for an English speaker. But if you think about it, there’s a real puzzle here. This question was first addressed by Brent Berlin and Paul Kay in the late 1960s.

Coding as a Liberal Art February 5, 12:30pm ETBerkman Center for Internet & Society, 23 Everett St, 2nd FloorRSVP required for those attending in person via the form belowThis event will be webcast live at 12:30pm ET. What is the purpose of a liberal arts education? Commencement speakers have assured generations of college graduates that the real value is less in what they've learned than in how they've learned to think. This talk will present a personal case study in learning to think through code. Along the way, it will argue that coding belongs not just on the periphery of the liberal arts, but at the center of a new canon. About Diana Diana is an MBA candidate at Harvard Business School. As a co-creator of ROFLCon, Diana's interest in internet culture runs deep. Links

Sign Painters: What a Disappearing Art Teaches Us About Creative Purpose and Process by Maria Popova “It is at the moment o f a craft’s disappearance that its cultural value suddenly becomes plain to see.” As a lover of exquisite hand-lettering, elegant vintage-inspired typography, and vibrant storefront signage, I was instantly smitten with Sign Painters (public library) — a stunning companion to Faythe Levine and Sam Macon’s documentary of the same title, exploring the disappearing art through interviews with some of its most prominent masters amidst a lavish gallery of extraordinary hand-painted signage, with a foreword by Ed Ruscha. But this is no mere eye candy — brimming with candid insights, personal stories, and wisdom on the creative life, the book envelops the “what” with rich and ample layers of the “how” and the “why.” Macon affirms this in the introduction: This book, like the job of the sign painter, isn’t always about eye-popping, flashy designs. In setting on this topic, Levine and Macon are just in time. Bigger and better machines became available.

Amazing Underground Art In Stockholm’s Metro Station EmailEmail A casual underground ride in Stockholm becomes quite a treat for the eyes of the passengers, as most of the stations in the capital of Sweden are showcasing some amazing underground artwork. Russian software architect Alexander Dragunov must’ve really enjoyed his rides as well, and made some stunning shots of the underground artwork. The pictures below were taken in the Solna Centrum station, were the cave-like installations were created by artists Anders Aberg and Karl-Olov Bjor back in the 1970s. Ever since 19th century, a debate has been going on in Sweden about the need to make art more accessible to people outside the salons. No wonder then that with the first proper underground line opened in 1950, various artwork was installed in the stations shortly. Website: adragunov.com

Yayoi Kusama, Japan's Most Celebrated Contemporary Artist, Illustrates Alice in Wonderland by Maria Popova Down the rabbit hole in colorful dots, twisted typography, and strange eye conditions. Alice’s Adventures in Wonderland and Through the Looking Glass endure as some of history’s most beloved children’s storytelling, full of timeless philosophy for grown-ups and inspiration for computing pioneers. The illustrations that have accompanied Lewis Carroll’s classics over the ages have become iconic in their own right, from Leonard Weisgard’s stunning artwork for the first color edition of the book to Salvador Dali’s little-known but breathtaking version. Since childhood, Kusama has had a rare condition that makes her see colorful spots on everything she looks at. A breathtaking piece of visual philosophy to complement Carroll’s timeless vision, Kusama’s Alice’s Adventures in Wonderland is the latest affirmation of what appears to be the season of exceptionally beautiful books. Donating = Loving Bringing you (ad-free) Brain Pickings takes hundreds of hours each month.

Mind-Blowing Installation Makes You Feel Like You’re Walking On A Cloud I waited in line for two hours Saturday to slip on a pair of hospital booties and spend a few minutes, maybe 5 minutes tops, milling around a white room. And you know what? It was totally worth the wait. That’s because Doug Wheeler’s new installation at the David Zwirner gallery in New York is the closest I’ll ever get to satisfying a desire I’ve had since childhood: to float on a puffy white cloud. The installation is called rather unromantically SA MI 75 DZ NY, and it’s precisely what I’ve described--a white room and little else. The effect dies after a moment (turn around and you’ll notice a bunch of mood-killing lights and--eek! SA MI 75 DZ NY is Wheeler’s fourth so-called “infinity environment”--expansive, all-white rooms that evoke the sensation of entering an infinite void. I suspect that what drew people to Irwin’s artwork decades ago is the same thing that inspired legions to wait two hours (or more) at the David Zwirner gallery on Saturday.

The 11 Best Art and Design Books of 2011 by Maria Popova From the Periodic Table to Craigslist, or what the greatest graphic designer of all time has to do with Moby-Dick. After last week’s look at the 11 best illustrated books for (eternal) kids of 2011, this year’s best-of series continues with a look at the finest art, design, and creativity books of 2011 — tomes that capture your imagination and encapsulate the richest spectrum of what it means to be a thoughtful, eloquent visual creator. Marie Curie is one of the most extraordinary figures in the history of science. It’s also a remarkable feat of thoughtful design and creative vision. Full review, with more images and Redniss’s TEDxEast talk, here. I want everything we do to be beautiful. Publisher Laurence King put together this epic video of the making of the book, to give you a sense of the scale and ambition of the project: From his iconic title sequences… … to his unforgettable posters… Full review here. Original review, with more images, here. Page images copyright © 2012.

Adventures in Depression Some people have a legitimate reason to feel depressed, but not me. I just woke up one day feeling sad and helpless for absolutely no reason. It's disappointing to feel sad for no reason. Sadness can be almost pleasantly indulgent when you have a way to justify it - you can listen to sad music and imagine yourself as the protagonist in a dramatic movie. But my sadness didn't have a purpose. Essentially, I was being robbed of my right to feel self pity, which is the only redeeming part of sadness. And for a little bit, that was a good enough reason to pity myself. Standing around feeling sorry for myself was momentarily exhilarating, but I grew tired of it quickly. I tried to force myself to not be sad. But trying to use willpower to overcome the apathetic sort of sadness that accompanies depression is like a person with no arms trying to punch themselves until their hands grow back. When I couldn't will myself to not be sad, I became frustrated and angry. Which made me more sad.

The "Water Light Graffiti" is a surface made of thousands of LED illuminated by the contact of water. by agnesdelmotte Aug 9