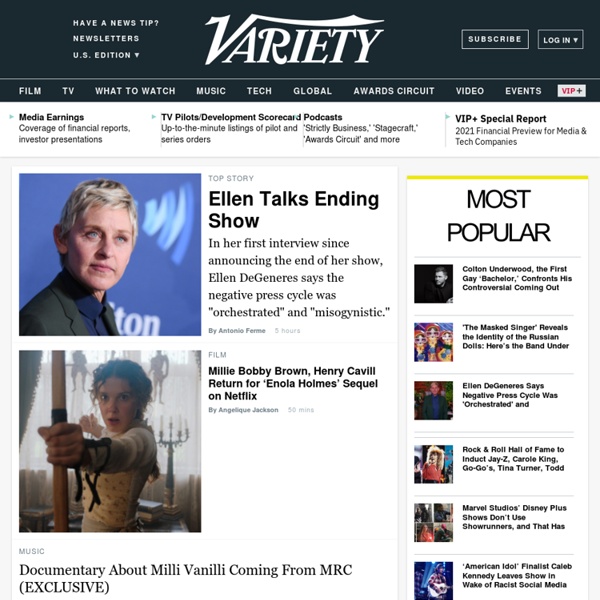 Welcome to Issue 62 of our journal Once upon a time in France, long, long before The Artist and all it represents was even a blimp on distant horizons, film culture had an altogether different dimension and orientation. That orientation can be summed up, perhaps too simply, in one phrase: “the politics of film”. And its effects were felt at all levels of film culture, from the mainstream industry to the independents and all manner of production modes in between; from filmmakers to audiences; from ciné-clubs to film schools; from film journals to film scholars. No strata of film culture remained untouched. In part 1 of our interview with Jean-Louis Comolli that period and its political agitations are evoked in exacting detail. For Comolli, this is no nostalgic stroll down memory lane, but a portrait of an era that defined him and, as a thinker and filmmaker, set him on a course for life.

Pilot Pick-Up Review (ABC) – 2011-2012 Season Development season is right now, and with the scripts picked to pilot about to be shot, the next best thing besides watching the finished product is reading them. As well as reviewing them. I’ll also venture a guess as to whether I think they’ll go to series or not (all of which is announced as usual at the Upfronts). Hollywood Entertainment Breaking News - Deadline.com/hollywood ‘Transcendence’ Lukewarm Thursday Bow, ‘Rio 2′ Might Get Its No. 1 Weekend Yet; ‘Heaven Is For Real’ Debuts Even with taking over Captain America: The Winter Soldier‘s IMAX theaters this weekend, a new sci-fi thriller in the marketplace, Johnny Depp in the lead and the only real newcomer with a shot at No. 1, based on Thursday night’s grosses, Transcendence’s debut near the top of the box office is doubtful this weekend. Bets are on that Fox’s Rio 2 may end up with around $26M, Disney/Marvel’s Captain America next with $22M go $23M and Warner Bros.’ Transcendence at No. 3 with around $18M to $20M. Those predictions come as Transcendence grossed only $850K on Thursday. A question mark is Sony’s Heaven is For Real and how many infrequent moviegoers (i.e. faith-based crowd) may boost its attendance numbers.

GritFX T-Shirts Magazine - StumbleUpon Personally, I thought the first year of the new decade to be rather lacklustre as far as cinema goes. The sheer volume of reckless, morally inept comedies and action films was overwhelming. Fellow author Adam Fay said it best last year when, in his piece on Christopher Nolan’s Inception stated, “While there is no doubt that this is a standout film, the over-the-top gushing of praise strikes me to be less about the strength of the actual film and more about the pitiful films it shares multiplex space with.” How to understand the Pinterest phenomenon (info graphic) - Gear After recently hitting 10m US monthly unique visitors faster than any independent site in history, Pinterest is the latest social networking phenomenon. A new Visual.ly info graphic tells you what Pinterest is all about. Pinterest is the new darling of the social web, with more than 12m monthly unique visitors, more than 10.4m registered users and more than 9m Facebook-connected users. A sort of digital scrapbook, it allows users to document and share the things that interest them and big brands, including Gap and Blockbuster in the US, are rushing to make their mark on the new network. Earlier this week, we reported how Eason was the first retail brand in Ireland to make use of Pinterest. And … ahem … Siliconrepublic.com was the first media brand in Ireland to install a Pinterest button more than a fortnight ago.

Ten Great Ad Agencies Of 2012 Sometimes it takes more than a village. Grey Advertising, the giant ad agency which once splintered itself into a collection of small “villages” in an attempt to capture some lightning in a bottle, took top honors as the best all around ad agency of 2012 in a quantitative online survey conducted among agency search consultants, by marketing and search firm Avidan Strategies. It is the first such survey in which the consultants, who have unique firsthand knowledge of agencies, ranked them. This accolade points to Grey’s transformation with impressive creative credentials which started with the arrival at the shop of Tor Myhren five years ago as its creative director (Myhren since added the title of president as well). Together with Global CEO Jim Heekin, Myhren succeeded in sprucing up the staid 95-year old shop known more for strong account management than award-winning advertising, with famous work such as the E-Trade Baby, and the Charlie Sheen commercial for DirecTV. 2.

Five ways Taylor Swift is changing the world Image copyright Getty Images Hit albums, record-breaking tours, 59 million Twitter followers: Taylor Swift's list of achievements speak for themselves. Yet the 25-year-old entertainer may have pulled off her biggest coup to date in persuading tech giant Apple to reverse the payment policy of its new streaming service. Her decision to withhold her latest album 1989 in protest at Apple's intention not to remunerate artists during a three-month trial period prompted a humiliating public climb-down that will send tremors throughout the industry. It is a testament to the power Swift now wields as a singer, a businesswoman and a cultural force. Here are five ways her influence has manifested itself.

30 Years of Music Industry Change, In 30 Seconds or Less... Now inflation-adjusted! US-based recordings. Data supplied by the Recording Industry Association of America (RIAA); animation created by Digital Music News. And here are individual images for each year… Ex-Employer, Not Secret Spying, Triggered Police Inquiry of 'Pressure Cooker' Search A Long Island journalist set the internet aflame today by claiming that Joint Terrorism Task Force agents visited her house to find out why Google searches for “pressure cooker” and “backpack” were run from the family’s internet connection. “Little did we know our seemingly innocent, if curious to a fault, Googling of certain things was creating a perfect storm of terrorism profiling,” wrote Michele Catalano, in a widely-circulated post to Medium.com. “Because somewhere out there, someone was watching.

Donnie Darko A new theory to help the viewer unravel the cult classic. Erik A. Coburn