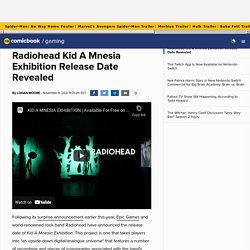 This project is one that takes players into "an upside-down digital/analogue universe" that features a number of recordings and pieces of iconography associated with the band's albums Kid A and Amnesiac. Best of all, it also won't cost anything to check out. Kid A Mnesia Exhibition was confirmed today to be releasing next week on Thursday, November 18, and will be coming to PlayStation 5, PC, and Mac platforms. The title is also going to be completely free to download across all platforms meaning that the only barrier of entry is that you own one of the corresponding pieces of hardware that it will be available on. To accompany this announcement, a new trailer for Kid A Mnesia Exhibition was also released today to better give fans an idea of what it will have in store. 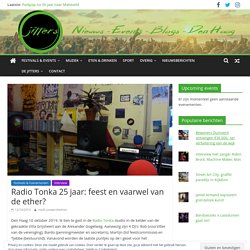 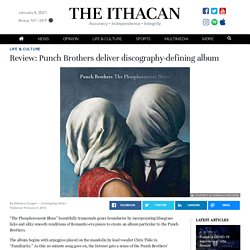 The album begins with arpeggios played on the mandolin by lead vocalist Chris Thile in “Familiarity.” As this 10-minute song goes on, the listener gets a sense of the Punch Brothers’ command of dynamics, rhythm and harmonic layering. BBC World Service - Witness History, The oldest song in the world. The Ivors Academy. After months of campaigning the Government are holding an inquiry into streaming. 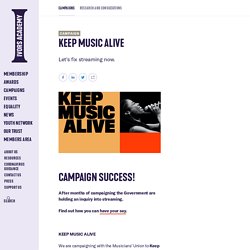 Find out how you can have your say. We are campaigning with the Musicians’ Union to Keep Music Alive through Covid-19 and create a music industry that works for music creators. This is a time of crisis for tens of thousands of music creators. Songwriters, composers and performers have been hit hard. Gigs and commissions have been cancelled, festivals and performances postponed, and recording studios closed.

This crisis has brought the serious flaws of the music industry into sharp relief. The streaming model has been broken for years and it is getting worse. We have succeeded after months of campaigning with the MU and the Government is holding a review of streaming. You can have your say by submitting evidence to the DCMS Select Committee inquiry into the economics of streaming by 6pm on Monday 16 November. Hitchhiker's Guide to the Galaxy OST. Hitchhikers Theme Song. Aeolian Harp. ModNation Racers OST - Ain't No Stoppin' It.

The Clarion - an accessible musical instrument 8 years in the making. TERRY COLLINS: "ACTION SPEAKS LOUDER THAN WORDS" [A Tom Moulton Mix] Daft Punk Orchestra Medley. Is James Taylor's 'One Man Dog' his most misunderstood album? One Man Dog was an album unique to James Taylor’s discography and probably his most polarizing. 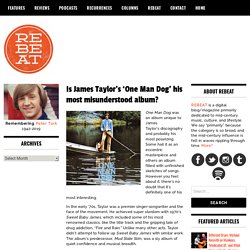 Some hail it as an eccentric masterpiece and others an album filled with unfinished sketches of songs. However you feel about it, there’s no doubt that it’s definitely one of his most interesting. In the early ’70s, Taylor was a premier singer-songwriter and the face of the movement. He achieved super stardom with 1970’s Sweet Baby James, which included some of his most renowned classics, like the title track and the gripping tale of drug addiction, “Fire and Rain.”

Unlike many other acts, Taylor didn’t attempt to follow up Sweet Baby James with similar work. By late 1972 it was clear that Warner Brothers wanted more work from Taylor and he delivered. If anything, One Man Dog was detour from Mud Slide Slim And The Blue Horizon, showing his growth as an artist. Coronavirus: How Russia's ballet wasn't shut down despite lockdown. News BBC News Navigation Sections Previous Next Media player Media playback is unsupported on your device. 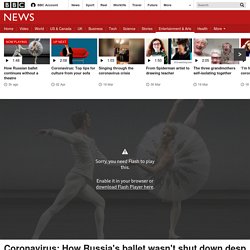 BBC World Service - The Forum, Highlife: The sound of Ghana. BBC Two - The Choir. Buddha Machines. Buddha Machine and Loopseque. The bells of amsterdam. Let Nature Sing. How the music business woke up to the beauty of birdsong 'Something rather magical happened on Radio 1 last Friday. 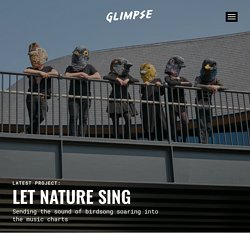 Just before five o’clock, the presenter of The Official Chart Show, Scott Mills, interrupted the usual mix of pop, hip hop and Afrobeat to play a minute of birdsong.' Siren song: can a charity single save Britain’s birds from extinction? 'The single becomes more affecting with each listen, as the penny drops that, if the catastrophic decline in UK birdlife were to continue, it could serve as a document to remind us what birdsong sounded like.' Birds Debut on the UK Singles Chart 'Crank up the volume and listen to some birds' Got it Covered - BBC Children in Need BBC Children in Need. Keep On. 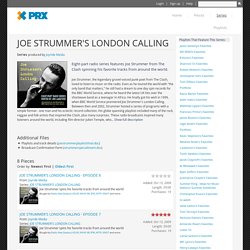 Even as he toured the world with "the only band that matters," he still had a dream to one day spin records for the BBC World Service, where he heard the latest UK hits over the shortwave band as a teenager in Africa. He finally got his wish in 1999, when BBC World Service premiered Joe Strummer's London Calling. Between then and 2002, Strummer hosted a series of programs with a simple format - one man and his eclectic record collection. His globe spanning playlists included many of the rock, reggae and folk artists that inspired the Clash, plus many surprises. These radio broadcasts inspired many listeners around the world, including film director Julien Temple, who prominently features these programs in his new documentary, Joe Strummer: The Future is Unwritten. "Joe was the ultimate communicator," says Temple.

Rain Sounds: Effective Sleeping Method #51. During our recent bout of scurvy-induced influenza, the Professional Moron team realised sleep was not an option. To fill the endless void of the night, we stuck on some relaxing rain type noises. Worth a shot, right? Better than just lying there listening to ourselves hacking away every 10 seconds like people with really nasty coughs. Deejay Punk-Roc - I Hate Everybody. Late for meeting. Iconic Guitar Builder Loses His Home and Workshop to Flames in Paradise. Widows - Trailer Music - Trailer Version Music. 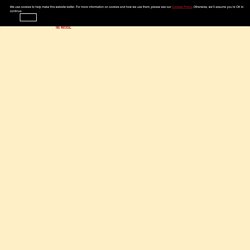 Deadmau5 masterclass. The Apprehension Engine: An Instrument Designed to Play the Music of Nightmares. Fire Organ at Brady Arts & Community Centre. A Music Composition Trick Used To Give The Illusion Of An Ever Rising Pitch Is Called A? Answer: Shepard Tone If you’ve ever been at the cinema and noticed that the musical score for the movie or a sound effect within the movie seems to be perpetually climbing ever higher in scale (even though such a thing would be impossible), you’re likely experiencing an artful application of what is known as a “Shepard tone”. 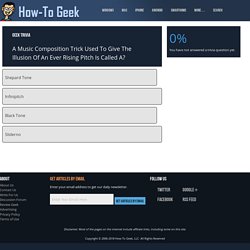 Named after Roger Shepard, a pioneering cognitive scientist, the Shepard scale is a type of auditory illusion created by combining several tones together. The key to the illusion is that all the tones follow an octave-separated sine wave pattern and that one is a bass tone. When the tones are played in a rising and descending sequence, the combination of the sine wave pattern and the anchoring bass tone creates the auditory illusion that the tones are rising (or falling) indefinitely. When the transition between tones is continuous, it is known as continuous Risset scale or Shepard-Risset glissando.

The Original Leads Of The Temptations (Documentary) Small music venues are part of music's heritage – we need to support them. This year’s Glastonbury Festival saw a closing set to rival the very best. For two hours on a June evening, Radiohead seduced and energised a vast and adoring crowd before delivering a brilliant finale. Thom Yorke’s vocals hung over the English landscape like evening mist, clearing as a choir of 50,000 voices echoed the refrain, joined no doubt by a TV and online audience of millions. For a minute there, we lost ourselves – and it was brilliant. Your daily source for loops and samples. THIS is computer music: Ge Wang at TEDxStanford.

ROENTGENIZDAT - Trailer. Music for Cats. Anika Paulson: How I found myself through music.