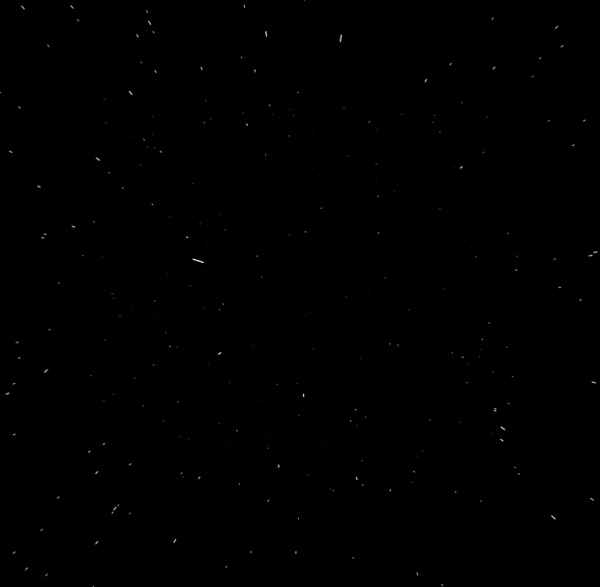 WebGL Water Loading... Made by Evan Wallace This demo requires a decent graphics card and up-to-date drivers. Interactions: Draw on the water to make ripples Drag the background to rotate the camera Press SPACEBAR to pause and unpause Drag the sphere to move it around Press the L key to set the light direction Press the G key to toggle gravity Features: Raytraced reflections and refractions Analytic ambient occlusion Heightfield water simulation * Soft shadows Caustics (see this for details) ** * requires the OES_texture_float extension** requires the OES_standard_derivatives extension Tile texture from zooboing on Flickr

SHFT | Curating the Culture of Today's Environment Microscopic Images of Alcoholic Drinks - InsaneTwist All of these impressive photos of alcoholic beverages under a microscope uncover the elements that make up some of our preferred tipples. Similar to photos of snowflakes, each and every beverage is unique, while observed below when zoomed about 1, 000 times under a high tech lab microscope. Created by United States company Bevshots, these are available as artworks for potential buyers which recognize the concealed beauty of alcoholic beverages. Catching the small elements that define most popular drinks such as vodka, pina colada and Chablis. "What you can see in the magnified pictures are the crystalised carbohydrates that have become sugars and glucose, " described Lester Hutt, 35, the founder of Bevshots. He describes, "Each image was created by using a pipette of each particular drink and squeezing a drop onto a slide. Vodka and tonic Whiskey Vodka Tequila Sake Pina Colada Martini Dry Martini Champagne Red wine German Pilsner inevitable Coca Cola

TERRA Index of / vincemckelvie: tumblr needs to get on that auto play video functionality Better late than never prostheticknowledge: Electrical PulseLatest in-browser 3D interactive audio-visual music video from the talented vincemckelvie is a collaboration with Chuck Anderson and music by Juno Akasawa.Enjoy it for yourself here James Bridle – Waving at the Machines James Bridle’s closing keynote from Web Directions South 2011 was a a terrific end to an amazing couple of days, but don’t despair if you weren’t there. You can watch a full length video, or even read a transcript with the bonus of all the links James refers to. And if you want to be there next time around, make sure you are one of the first to hear about Web Directions South 2013! Transcript Thank you for having me. It starts with this. They inhabit a very bizarre world. Sometimes you can see them looking back out at you, looking across this increasingly fuzzy border, this threshold. But mostly they stand and they look out. So what I’m going to talk today, obliquely, about is a project that I’ve been sort of accidentally engaged in for the last six months or so, to which I gave the name “The New Aesthetic,” which is a rubbish name but it seems to have taken hold. I started noticing things like this in the world. And as I say, it’s everywhere. And more and more we see things like this.

NOOG Claire L. Evans: Greetings from the Children of Planet Earth  In 1977, NASA sent a pair of unmanned probes named Voyager 1 and Voyager 2 into space. Among the infrared spectrometers and radio receivers included on each probe were identical copies of the same non-scientific object: the Voyager Golden Record. Sheathed in a protective aluminum jacket, the Record is a 12-inch gold-plated copper disk containing sounds and images chosen to portray the diversity of life on Earth: bird calls, whale songs, the sounds of surf, wind, and thunder, music from human cultures, and some 55 greetings in a range of languages, alive and dead. Like lonely time capsules, the records, aboard their still-functioning hosts, have long since left our solar system. The official Voyager 2 Twitter reports that the probe is currently at 13 hrs 38 mins 08 secs of light-travel time from Earth, which makes it the farthest man-made object from Earth. And neither, of course, are we. As a species, the messages we've sent into space are piecemeal. We're warring, inconsistent. Dr.

The Curious Brain What a wonderful Festival it has been! It was better and even more impressive than the one last year. Basically it was huge. So many presentation to see, so many people to connect. At one point you had to sacrifice which presentation to see over another one. During day one in my view, the show stole David Shing, he delivered tones of new digital insights . Then, I also loved the insights that Steve King CEO of Zenith revealed that I have already shared with you. Also very inspiring was the presentation of Peter Espersen from Lego that he spoke about Building Communities. Day 2 was even more impressive! I also enjoyed the presentation from Jon Matonis which I have shared below and also the one Steve Hasker did from Nielsen (I wish I could get my hands on that one to share with you guys. It was an amazing festival although in my view it should be a day longer. During the night everybody was dressed up for the awards.

bitbits | the free side of the internet … Mind Candy How the Cloud Broke Open Source This could be a rather deep topic to broach, so I’ll cut to the point. The cloud broke open source. This is how. I’ll always be proud of my years in the dotcom world. Gmail is the classic example — a good place to start. Nobody ever asked me, “do you think Google will release the source code for gmail?” Why? If I wanted to launch an open source cloud service — say for example, an open source Facebook. Perhaps the worst offense against open source is the innocuous and seemingly empowering API. Some of you will appreciate the irony.

You don’t ‘own’ your own genes CCourt-proposed molecular points of distinction that allow claims on isolated DNA sequences. On the basis of two molecular changes (small circles) to a single phosphate and one hydroxyl group, the Federal Circuit suggested that a new DNA fragment is patentable subject matter. (Credit: Genome Medicine) Humans no longer “own” their own genes. The more than 40,000 patents on DNA molecules have allowed companies to essentially claim the entire human genome for profit, report two researchers. The research team examined two types of patented DNA sequences: long and short fragments. Furthermore, the study’s lead author, Dr. “If these patents are enforced, our genomic liberty is lost,” says Dr. Court-proposed molecular points of distinction that allow claims on isolated DNA sequences. The U.S. Dr. Under U.S. patent law, genes can be patented by researchers, either at companies or institutions, who are first to find a gene that promises a useful application, such as for a diagnostic test. Dr.