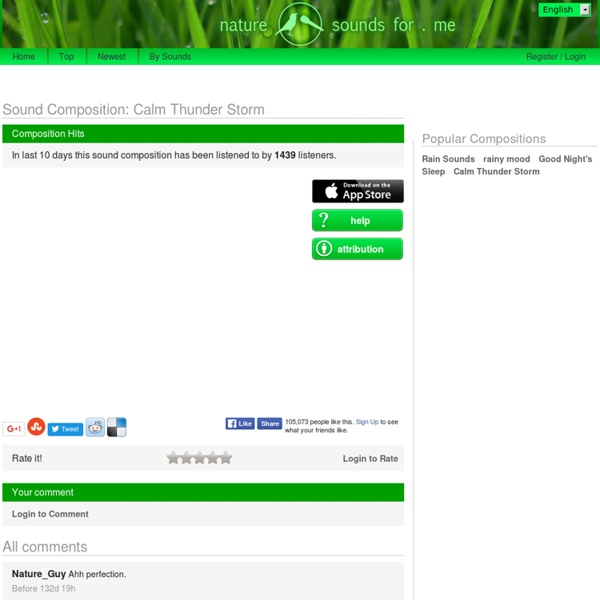 1. Choose a sound In order for nature sounds to start playing choose a sound from drop-down box for one channel and drag the volume slider up. 2. Add more sounds You can add more nature sounds to composition by choosing other sounds in other channels. 3. Pan the channel (with horizontal slider) to the left or to the right for stereo effects. 4. If you want the sound volume to fluctuate instead of playing continuously, click on a drop-down box with a green line and choose one of interrupted lines.

sidewalk chalk guy sidewalk chalk guy «« back to gprime.net all material copyrighted by its original creator | List of paradoxes This is a list of paradoxes, grouped thematically. The grouping is approximate, as paradoxes may fit into more than one category. Because of varying definitions of the term paradox, some of the following are not considered to be paradoxes by everyone. This list collects only scenarios that have been called a paradox by at least one source and have their own article. Leonardo Da Vinci's wacky piano is heard for the first time, after 500 years Take a bow: The viola organista's strings are played in the same way as a cello. Photo: Tomasz Wiech/AFP A bizarre instrument combining a piano and cello has finally been played to an audience more than 500 years after it was dreamt up Leonardo da Vinci. Da Vinci, the Italian Renaissance genius who painted the Mona Lisa, invented the ‘‘viola organista’’ - which looks like a baby grand piano – but never built it, experts say. The viola organista has now come to life, thanks to a Polish concert pianist with a flair for instrument-making and the patience and passion to interpret da Vinci’s plans.

Tesla - Master of Lightning: A Weapon to End War Tesla inherited from his father a deep hatred of war. Throughout his life, he sought a technological way to end warfare. He thought that war could be converted into, "a mere spectacle of machines." In 1931 Tesla announced to reporters at a press conference that he was on the verge of discovering an entirely new source of energy. internetarchive 0.6.6 A python interface to archive.org. A python interface to archive.org This package installs a CLI tool named ia for using archive.org from the command-line. It also installs the internetarchive python module for programatic access to archive.org. Please report all bugs and issues on Github. Otomata 16 Jul 2011 Click on the grid below to add cells, click on cells to change their direction, and press play to listen to your music. Update: Click here to get Otomata for your iPhone / iPod / iPad! Official facebook page: Also this reddit page has many examples: And there is a subreddit for Otomata:

Cello 2.0: Will innovative design turn more people into musicians? Image courtesy Bayer MaterialScience One curious design innovation on display today through October 23 at K 2013, the world’s largest plastics trade show in Düsseldorf, Germany, is a prototype for a cello that looks like the 23rd-century ghost of the classic wooden 17th-century instrument. The 150-year-old German polymer giant Bayer MaterialScience has fashioned the “futuristic cello” from utterly transparent, lightweight cast resin. The company's aim was to encourage aspiring musicians to take up the cello by making what is normally a rather cumbersome instrument easier to play and carry. And to entice accomplished musicians by creating a cello body that acts as a blank canvas for a range of optical effects using integrated technology.

How to Draw Celtic Knotwork The old method These instructions can be followed with pencil and paper or using any computer based drawing or drafting program. I have used Corel Draw, Adobe Illustrator, and AutoDesk AutoCad for various projects, but my favorite is Corel Draw. In the tutorial below I show the method that I use in Corel Draw; however, I have deliberately left out program-specific instructions. I did this to make the instructions more broadly applicable to work with as many drawing and CAD programs as possible. This method, like most, begins with drawing the grid.