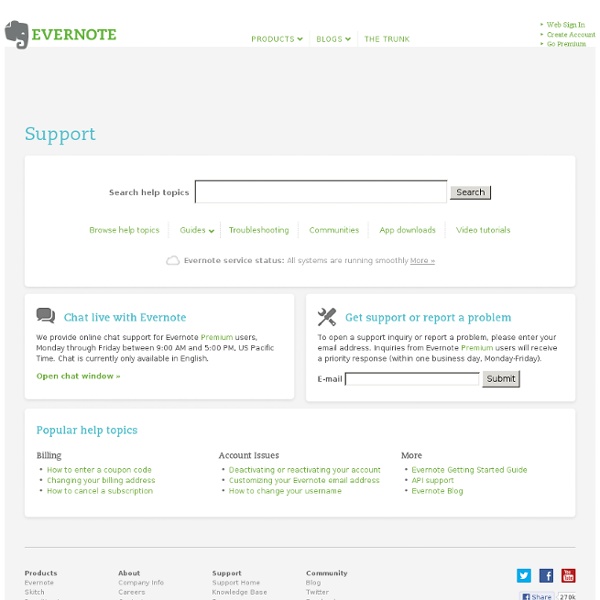 Send Gmail to Evernote: an overview of the tools | HarryOnline Updated 28 June 2013: both Evernote Web Clipper and Powerbot have new versions, the table refers to these new versions. In the creation and development of the Google Apps script to send Gmail messages to Evernote, I have looked around what other tools are available. These are the other tools that I found: forwarding to the Evernote email address and using the InQloud service;the Evernote Web Clipper (only tested on Windows/Chrome);PowerBot, an extension for Chrome (also others versions available, e.g., for Firefox and Safari)IFTTT and Zapier, tools that enable you to connect between other web services I have looked at how well these tools keep the formatting of the message, whether they keep attachments, have a link back to the message in Gmail, whether they can be automated using Gmail filters, and whether you can select the notebook or tags, and edit/comment on the message before sending. Tools I have found and looked at the following tools. Forwarding InQloud Gmail to Evernote script Zapier

Hunters after reality, wherever it may lead « Genius Around Today I came across an article that caught my attention; first of all because of its sensationalist title: Epic suicide note a masterful work of philosophy Apparently someone had shot himself in front of a church which in itself is unfortunate but it happens. The more intriguing part however is, that the guy, by the name of Mitchell Heisman, had sent a “suicide note” of 1,905 pages to around 400 people. is a masterpiece of modern philosophy and a brilliant application of socio-biological theory to politics. The desert grows Hmm, sounds interesting. First of all, I have come across some articles talking about the suicide event but most of them seem more intrigued by the sensationalist event than by the actual “thing as such”. The problem of philosophy is that the paradoxes of nihilism may constitute the most universal condition or “highest principle” that rational thought has “progressed”. How far I can draw the implications of nihilism to life? My follow up post

Organise Receipts - Shoeboxed - Scan, Email or Mail Receipts - 1300 00 1333 Yahoo! Questions/Réponses - Vos questions et vos réponses, sur t Getting Things Done: Using Gmail, Toodledo, and Evernote to Achieve Inbox Zero Many people often ask how I manage to juggle so many different responsibilities and still be able to stay on top of it all. I'll admit that since the little one came along in mid-November, things may not be quite as tidy and organized (especially around the house). However, I'm hoping that the systems and routines that I have worked so hard to start and maintain will continue to exist during fatherhood. I've been meaning to read up on David Allen as he seems to be the guru on Getting Things Done (GTD) , but in the meantime, I've managed to develop some processes that help me out. Here are a few examples of what I do and how I use technology to keep everything straight: It all starts with email. I remember when I first started using email (or even telnet!). Where does it all go? Despite receiving hundreds of emails each week, my Inbox is usually kept to a bare minimum. Step 1) Reply and then Archive. This is the easiest way to handle emails. Step 2) Get it on the Calendar Step 4) Notes vs.

Life Blog | Personal Finance News & Advice The appeal of Exchange Traded Funds (ETFs, for short) is simple: They trade like stocks, but contain a basket of assets, much like a mutual fund. This provides instant diversification, without the need to research every last stock or bond. For example, an S&P 500 ETF covers all (or most) of the stocks on the... According to the Bureau of Economic Analysis, the average American spends over $1400 on buying clothes and related items per year and it’s been estimated that most people only wear 20% of the clothing they own. Whether you’re religious or not, Easter can be an incredibly fun time of year — delicious candy, beautiful eggs, fluffy bunnies, and pastel everything. Zillow real estate investment writer and long-term investor Leonard Baron, MBA, is answering questions from MintLife readers. Filling up your child’s Easter basket can be an expensive endeavor. Happy Financial Literacy Month! There’s not much that can make the pain of tax season less taxing, but restaurants sure try.

Evernote for GTD? « Thameera's MicroBlog Life is boring. It’s the little things in life that helps you keep the interest. To keep the embers burning. Now to the real stuff. Among the other bazillion things it can be used for, people have been using Evernote as a GTD tool. The first attempt was a disaster; in fact, the project was given up three or four days later. There are quite a few tutorials, rants and forum posts in the interwebs on how people set up GTD in Evernote successfully. One thing to keep in mind is that you’d have to make maximum use Tags and Saved Searches in Evernote for this. For reminders (ticklers, in GTD slang), I’m using FollowUpThen. Wanted to write some more but I’m being summoned for dinner. Like this: Like Loading...

Time - Current time around the World and standard time zones map Using Evernote for GTD I use notebooks in a completely different way for GTD. I have notebook stacks for the organizing categories describe best in Making it All Work: inbox, incubating, outcomes, reference, and support. Not everything about GTD is actions. So in ToDo, I can restrict my search to Context:@Computer, AoF:Work" and be completely focused on work I can do at the computer. The distinction between support and reference is VERY important to this way of working. I have to say, I'm completely with GrumpyMonkey on reducing the number of notebooks.