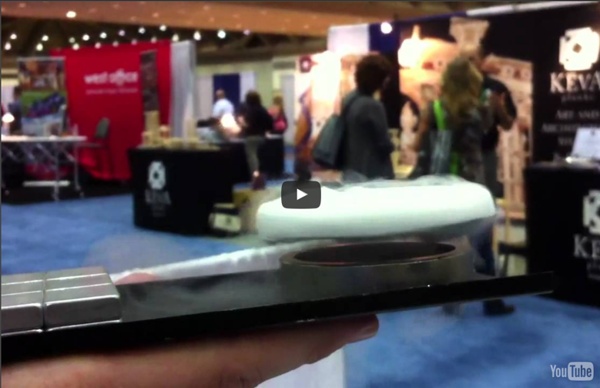 Physics and Astronomy, School of Physics and Astronomy, School of Key measures: Positive Outcomes: 95%, Graduate prospects: 81.7%, Graduate employment: 79.3% Graduate destinations: Quantum Levitation–where science videos don’t get any cooler! This video demonstrating the power of superconductivity has been making the rounds this week and is an example of how video is really the best way to capture and share with thousands of viewers the amazing power of science! You will notice that the video is a demonstration without the science explained live. It was a missed opportunity in my opinion.

Did they really detect the Higgs Boson? Space ships..... and eventually we are all going to die when the sun explodes. Without descending into physics nerd rage, I'll simply say that the LHC ended up costing around $9 billion, in order to discover part of the fundamental nature of the universe. It's now almost done that in the first 3 years of it's operation. The Tevatron collider, a predecessor to the LHC, recently closed down near Chicago.

Google unveils 'Project Glass' smart glasses - Apr. 4 Google is developing a wearable smartphone screen as part of its 'Project Glass' initiative. NEW YORK (CNNMoney) -- Siri is about to get one-upped by Google. The company on Wednesday unveiled a long-rumored concept called "Project Glass," which takes all the functionality of a smartphone and places it into a wearable device that resembles eyeglasses. Bruce Lee’s Lost Interview Email When you hear the name Bruce Lee certain images are probably conjured in your mind. Maybe it's of some bad dubbing in a kung fu classic or maybe you picture Lee beating down Chuck Norris in Way of The Dragon (yes people, it happened ) or perhaps, if you're truly unfortunate, your knowledge of Lee caps out at obscure references or mentions in rap songs.

Physics To Go: Explore Physics on your own image credit: U.S. Air Force; image source; larger image Newton's 3rd Law What is the purpose of the small rotor on the back of this helicopter? In fact, it's needed because of Newton's third law--for every action force there is an equal and opposite reaction.

Do You Use GPS? Say “Thanks” to Norman Ramsey (1915–2011) Norman F. Ramsey may not be a household name, but he was a giant of 20th-century experimental physics. His basic-science work earned him the 1989 Nobel Prize in Physics and laid the foundation for technologies now used by millions of people. Physicists reveal compelling evidence for the "God Particle" Turtles. Turtles all the way down. More lack of knowledge time! Maybe the Higgs boson is the particle form of mass? Jumping Sand Flea robot reaches new heights in latest video The Sand Flea robot can leap to heights of 30 ft (9 m) thanks to a CO2-powered piston visible on the rear Image Gallery (2 images) When we first spied Sandia National Laboratories' Precision Urban Hopper Robot back in 2009 it employed combustion-driven pistons to propel it into the air and allow it to clear obstacles. In the same year Sandia handed development of the jumping robot over to Boston Dynamics, the company behind robots including PETMAN, BigDog and CHEETAH.

Hobby Robot Rides a Bike the Old-Fashioned Way The current generation of bicycle-riding robots (I'm talking about those crazy kids from Murata) are extremely complicated, relying on giant gyroscopes and thick wheels to keep themselves upright even while stationary. This is certainly a neat trick, but it's not something that most humans can pull off. It's not a problem that robots are better at something than we are (by now, we're used to it), but there's something to be said for human emulation, too. It turns out that getting a robot to ride a bicycle doesn't need to involve much more than a hobby level humanoid employing a relatively simple gyroscope that sends steering commands to keep things generally upright. This KHR3HV bipedal robot (which can be yours for about $2200) has a nifty custom bike that it got from I know not where, and can zip around under remote control at up to 10 kph, even making its own starts and stops:

Physics Flash Animations We have been increasingly using Flash animations for illustrating Physics content. This page provides access to those animations which may be of general interest. The animations will appear in a separate window. The animations are sorted by category, and the file size of each animation is included in the listing.