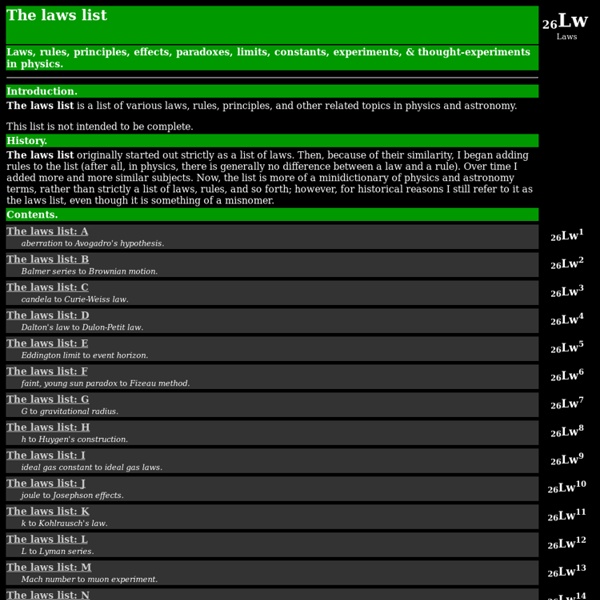 Higgs Running Out Of Hiding Places Even as physicists in Europe close in on their most-wanted quarry — a particle known as the Higgs boson — scientists in Illinois are helping narrow the hunt. New measurements of a different particle, one called the W boson, confirm the Higgs is in the mass range that most physicists had thought. Theory suggests that the Higgs particle must exist in order to imbue many other particles with mass. Experiments at the Large Hadron Collider, at the CERN laboratory near Geneva, have shown that the Higgs’ own mass must be less than 127 billion electron volts.

World's Top Scientists Ponder: What If The Whole Universe Is, Like, One Huge Atom? PALO ALTO, CA—Gathering for what members of the international science community are calling "potentially the most totally out-to-lunch freaky head trip since Einstein postulated that space and time were, like, curved and shit," a consortium of the world's top physicists descended upon Stanford University Monday to discuss some of the difficult questions facing the cutting edge of theoretical thinking. Cal Tech physicist Dr. Jonathan Friedrich postulates a bunch of freaky shit that makes his colleagues' heads spin right the hell off. Among the revolutionary ideas expected to be raised at the historic week-long summit is the possibility that, like, our whole friggin' universe might be just one big atom in, say, some super-duper huge thing out there somewhere, or something.

How You Can Make Good Use Of Your Old Machines Almost everyone reading the articles on this site will have spare computers languishing about. The rapid growth and improvements in hardware means that we cycle through a whole machine in only a few years. If you have spare machines and parts languishing about, you can put them to good use! How Business School Killed the Entrepreneur (and some worthy alternatives “Don’t use graduate school, or any other course of study, as a form of life avoidance. Pursue the course only if there’s a good reason.”~Chris Guillebeau Important Note: This post is intentionally in depth. It’s meant to be a resource you read, bookmark and come back to as your life situation demands. I also think it could save you $150,000.