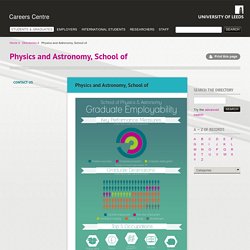 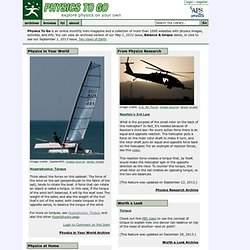 Air Force; image source; larger image Newton's 3rd Law What is the purpose of the small rotor on the back of this helicopter? In fact, it's needed because of Newton's third law--for every action force there is an equal and opposite reaction. The helicopter puts a force on the main rotor shaft to make it turn, and the rotor shaft puts an equal and opposite force back on the helicopter. This reaction force creates a torque that, by itself, would make the helicopter spin in the opposite direction as the rotor. (This feature was updated on September 22, 2013.) Torque Check out this PBS video to use the concept of torque to explain how one dancer can balance on top of the head of another--and on point! Physics Flash Animations. We have been increasingly using Flash animations for illustrating Physics content.

This page provides access to those animations which may be of general interest. The animations will appear in a separate window. Conceptual Physics. Physics Flash Animations. We have been increasingly using Flash animations for illustrating Physics content. 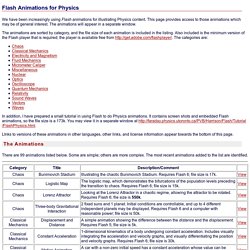 This page provides access to those animations which may be of general interest. The animations will appear in a separate window. The animations are sorted by category, and the file size of each animation is included in the listing. Also included is the minimum version of the Flash player that is required; the player is available free from The categories are: In addition, I have prepared a small tutorial in using Flash to do Physics animations. Einstein for Everyone. Einstein for Everyone Nullarbor Press 2007revisions 2008, 2010, 2011, 2012, 2013 Copyright 2007, 2008, 2010, 2011, 2012, 2013 John D. 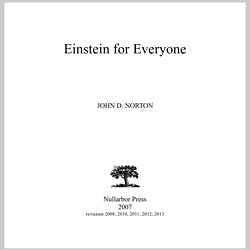 Norton Published by Nullarbor Press, 500 Fifth Avenue, Pittsburgh, Pennsylvania 15260 with offices in Liberty Ave., Pittsburgh, Pennsylvania, 15222 All Rights Reserved John D. An advanced sequel is planned in this series:Einstein for Almost Everyone 2 4 6 8 9 7 5 3 1 ePrinted in the United States of America no trees were harmed web*bookTM This book is a continuing work in progress.

January 1, 2015. Preface For over a decade I have taught an introductory, undergraduate class, "Einstein for Everyone," at the University of Pittsburgh to anyone interested enough to walk through door. With each new offering of the course, I had the chance to find out what content worked and which of my ever so clever pedagogical inventions were failures. 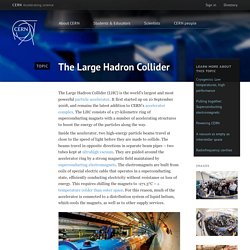 It first started up on 10 September 2008, and remains the latest addition to CERN’s accelerator complex. The LHC consists of a 27-kilometre ring of superconducting magnets with a number of accelerating structures to boost the energy of the particles along the way. Inside the accelerator, two high-energy particle beams travel at close to the speed of light before they are made to collide. The beams travel in opposite directions in separate beam pipes – two tubes kept at ultrahigh vacuum. They are guided around the accelerator ring by a strong magnetic field maintained by superconducting electromagnets. Motion Mountain - The Free Physics Textbook for Dowload. 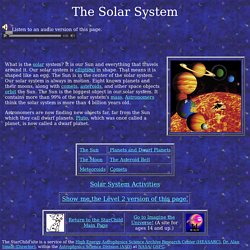 Physics for the 21st Century. Could High-Dive Jumpers Leap Over This Whole Pool? This is an older video from the World Championship in Dødsing. 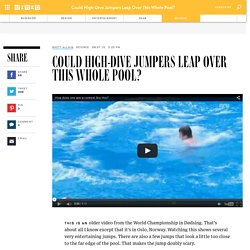 That’s about all I know except that it’s in Oslo, Norway. Watching this shows several very entertaining jumps. There are also a few jumps that look a little too close to the far edge of the pool. That makes the jump doubly scary. So, is it possible to run and jump from the high dive and hit the far end of the pool? Gathering Information. Linkgyűjtemény KissSándor.