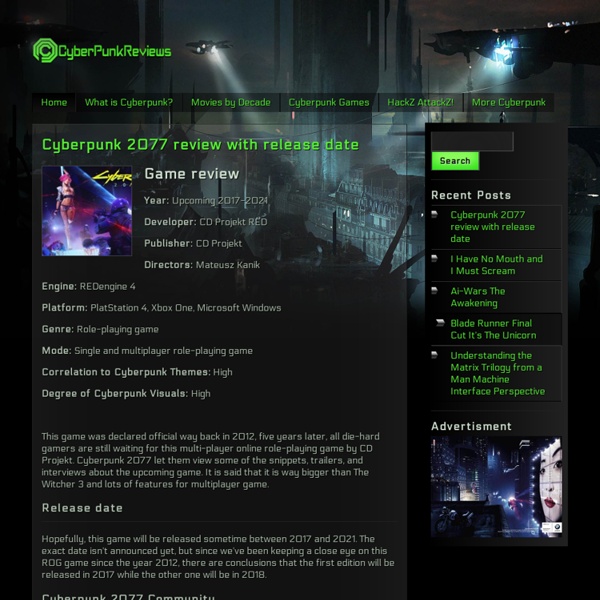 How to Build a Universe That Doesn't Fall Apart Two Days Later First, before I begin to bore you with the usual sort of things science fiction writers say in speeches, let me bring you official greetings from Disneyland. I consider myself a spokesperson for Disneyland because I live just a few miles from it—and, as if that were not enough, I once had the honor of being interviewed there by Paris TV. For several weeks after the interview, I was really ill and confined to bed. I think it was the whirling teacups that did it. Sony Font Hack: How to Change Fonts on a Sony Reader This post will explain how to add different fonts to any Sony Reader and how to override the CSS file in a DRM-free ebook to display those fonts. For DRM encrypted ebooks you have to strip the DRM for this method to work. It only takes a few minutes to get this up and going if you already have Calibre installed on your computer. If not, you’ll need to start with this post: getting started with Calibre. This Sony font hack comes via this PDF from the good folks at the MobileRead forums.

Imagining the 'Seinfeld' Movie Posters Remember "Seinfeld"? Of course you do. Remember how every episode was funny about fifty different ways? Remember how occasionally Jerry, George, Elaine and Kramer would go to fictitious movies with hilarious titles and characters that were frequently voiced by an off-camera Larry David? Top 50 Dystopian Movies of All Time Massive dehumanization, totalitarian government, rampant disease, post-apocalyptic terrains, cyber-genetic technologies, societal chaos and widespread urban violence are some of the common themes in dystopian films which bravely examine the ominous shadow cast by future. A dystopia is a fictional society that is the antithesis or complete opposite of a utopia, an ideal world with a perfect social, political and technological infrastructure. A world without chaos, strife or hunger. A world where the individual potential and freedom is celebrated and brought to the forefront.

A Visual Timeline of AI Predictions in Science Fiction Innovation can be instrumental to the success of economies, at macro and micro scales. While investment provides powerful fuel for innovation—the relationship isn’t always straightforward. The 2020 ranking from the World Intellectual Property Organization (WIPO) reveals just that. The above map breaks down the most innovative countries in each World Bank income group, based on data from WIPO’s Global Innovation Index (GII), which evaluates nations across 80 innovation indicators like research and development (R&D), venture capital, and high-tech production. While wealthier nations continue to lead global innovation, the GII also shows that middle-income countries—particularly in Asia—are making impressive strides.

10 Great Post-Apocalyptic Science Fiction Novels Books It’s a classic theme of science fiction: something really, really bad happens, and mankind is knocked back to the Stone Age. Of course, with the dropping of atomic bombs by the U.S. to end World War II, people came to realize that for the first time Man himself possessed the power to bring about a global cataclysm. And science fiction wasted no time in examining the possible effects (there were speculative stories in print well before the Manhattan Project was even conceived).

Your Picks: Top 100 Science-Fiction, Fantasy Books More than 5,000 of you nominated. More than 60,000 of you voted. And now the results are in. Wikipop iPads and Visitor Metrics Now that Seductive Subversion has closed, it’s time to look at the Wikipop project and report on what we’ve seen in the galleries over the run of the exhibition. In general, we believe this was one of our more successful interactives in the gallery, but want to remember that this is new and very attractive hardware; many visitors to the gallery reported that this was their first experience playing with an iPad and that alone is enough to boost traffic. With over 32,000 visitors to the show, we had roughly 12,000 sessions on the iPads and that meant that a fairly high percentage of visitors to the show used the devices [and giant disclaimer follows in the next paragraph, so please read it carefully]. More often than not, visitors were browsing the iPads in groups.

Free Philip K. Dick: Download 13 Great Science Fiction Stories Although he died when he was only 53 years old, Philip K. Dick (1928 – 1982) published 44 novels and 121 short stories during his lifetime and solidified his position as arguably the most literary of science fiction writers. His novel Ubik appears on TIME magazine’s list of the 100 best English-language novels, and Dick is the only science fiction writer to get honored in the prestigious Library of America series, a kind of pantheon of American literature. Short Stories Online Homepage > Resources > Web Sites > Short Stories Online These Philip K. Dick stories come from Project Gutenberg and are stories that were written early in his career.