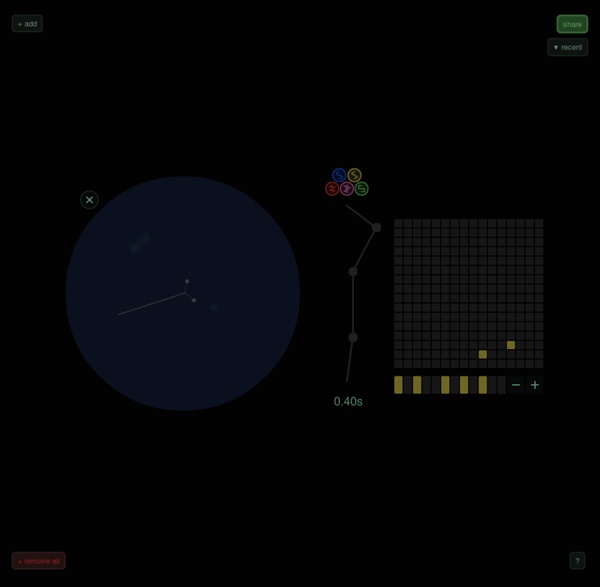 Opposites React Most social scientists now agree that for every action, there is an opposite and extremely awkward reaction. Hey, Valentine’s Day is coming up! How cool/awful is that? // Animated Gifs 01 - Matthew DiVito // MOTION // GRAPHIC // DESIGN // Animated Gifs 01 What started as a little experiment has grown into something more. Selections from my blog mrdiv.tumblr.com retro_break january 22, 2012

The Beauty Of Cinemagraph GIFs Developed in 2011 by Jamie Beck and Kevin Burg, cinemagraphs are GIF images that combine still photography and video to produce a stunning effect. Typically, the entire GIF is motionless except for one or two elements, providing a brilliant juxtaposition between the motion and the motionless. For your viewing pleasure, we’ve collected 43 beautiful cinemagraph GIFs: Console Living Room : Free Software : Download & Streaming collection eye The Atari 2600 is a video game console released in September 1977 by Atari, Inc. It is credited with popularizing the use of microprocessor-based hardware and ROM cartridges containing game code, a format first used with the Fairchild Channel F, instead of having non-microprocessor dedicated hardware with all games built in.

40 Of The Most Powerful Photographs Ever Taken Sisters pose for the same photo three separate times, years apart. A Russian war veteran kneels beside the tank he spent the war in, now a monument. A Romanian child hands a heart-shaped balloon to riot police during protests against austerity measures in Bucharest. Retired Philadelphia Police Captain Ray Lewis is arrested for participating in the Occupy Wall Street protests in 2011. A monk prays for an elderly man who had died suddenly while waiting for a train in Shanxi Taiyuan, China.

Nudge Select 1 of 8 different Sound Patterns from the small Matrixes icons on the right. Use your mouse to draw notes on each 16 Step Matrix. Adjust the volume of the iNudge. Click MORE for advanced adjustment abilities. I Like Your Flaws I like how you mispronounce words sometimes, how you fumble and stammer and stutter looking for the right ones to say and the right ways to say them. I appreciate that you find language challenging, because it is, because everything manmade is challenging. Including man, including you. When you sleep on your side, I like to map the constellations between your beauty marks freckles pimples, the minuscule mountains that sprinkle your back. I like the tufts of hair you forgot to shave and the way you smell when you haven’t showered in a while; I like the sleep left in your eyes.

Logic Games Online - Netwalk In the game of Netwalk, you are a network administrator, and someone has scrambled your network. Your job is to rotate all the pieces so that every computer is connected to the server by pipes and there are no lose ends in your network. Of course, the less work you need to do to complete your network the better, so Netwalk is scored by the number of clicks it takes you to rotate everything into place. Left click to rotate a tile counter-clockwise, and right click to rotate a tile clockwise. When you are certain of a tile's orientation, press the spacebar with the mouse cursor over that tile. The background will turn blue and you won't be able to accidentally rotate it without toggling the background again.

50 Life Hacks to Simplify your World Life hacks are little ways to make our lives easier. These low-budget tips and trick can help you organize and de-clutter space; prolong and preserve your products; or teach you something (e.g., tie a full Windsor) that you simply did not know before. Most of these came from a great post on tumblr. Unusual Long Exposure Firework Photographs by David Johnson While attending the International Fireworks Show in Ottawa, Canada earlier this month photographer David Johnson had his camera in hand to document the night. When Spain’s entry into the competition begin he decided to try something a little different resulting in the photos you see here which are unlike any long exposure firework shots I’ve ever seen. Via email David tells me how he accomplished the effect: The technique I used was a simple refocus during the long exposure.

Aerial Photos of Giant Google-Funded Solar Farm Caught in Green Energy Debate One big problem with renewable energy projects is that they have to go somewhere. They have to occupy a part of the very environment that their proponents are often trying to save. Photographer Jamey Stillings beautifully captures this tension in his images of the Ivanpah Solar Electric Generating System (ISEGS). Located in Southern California’s Mojave Desert, the plant aims to eventually be the largest solar thermal power plant in the world – making enough electricity to run 140,000 homes all by focusing the sun’s energy to create steam.