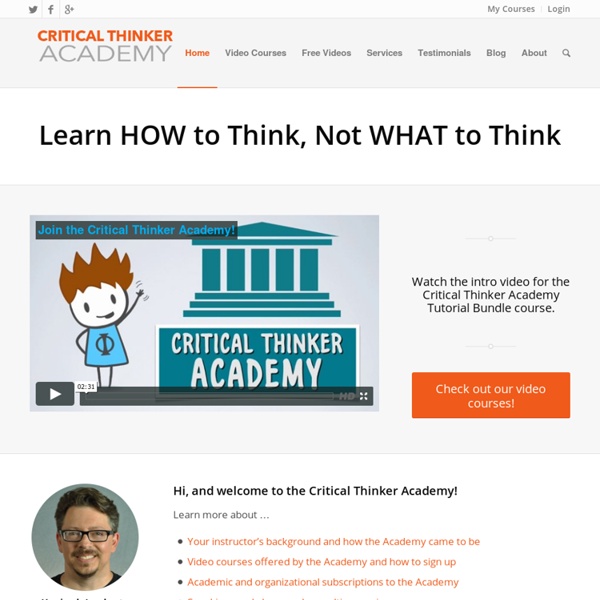 [This is a long one, but don't miss out on the huge discount offer at the end of this post. ] Transitioning to a New Business Model People who have been following me for a while know that my ultimate goal is to be able to create educational content full time, from any location in the world, and be able to make a living wage doing it. I don't want to rely on a salaried position at an academic institution to earn a living. I originally ran this site as a paid monthly membership program, but my administrative and teaching duties made it very difficult to maintain a regular update schedule. So for the last year and half the site content has been freely available while I waited for my term as department chair to end and I could resume a regular content creation schedule.

Praise versus Encouragement Most of us believe that we need to praise our children more. However, there is some controversy regarding this point. If we always reward a child with praise after a task is completed, then the child comes to expect it. Organizing an Essay There are many elements that must come together to create a good essay. The topic should be clear and interesting. The author’s voice should come through, but not be a distraction.

Ten Virtues for the Modern Age The Virtues Project comes as a response to the wave of discussion and feedback that followed the publication of my book, Religion for Atheists, and a growing sense that being virtuous has become a strange and depressing notion, while wickedness and evil bask in a peculiar kind of glamour. My ultimate aim for the project is that it ignites a vital conversation around moral character to increase public interest in becoming more virtuous and connected as a society. In the modern world, the idea of trying to be a ‘good person’ conjures up all sorts of negative associations: of piety, solemnity, bloodlessness and sexual renunciation, as if goodness were something one would try to embrace only when other more difficult but more fulfilling avenues had been exhausted. Throughout history, societies have been interested in fostering virtues, in training us to be more virtuous, but we're one of the first generations to have zero public interest in this. 1.

Critical Thinker Resources for Independent Thinking How to be a Critical Thinker (based on Critical and Creative Thinking by Carole Wade and Carol Tavris) "The philosopher Richard Paul has described there kinds of people: vulgar believers, who use slogans and platitudes to bully those holding different points of view into agreeing with them; sophisticated believers, who are skilled at using intellectual arguments, but only to defend what they already believe; and critical believers, who reason their way to conclusions and are ready to listen to others." --Wade and Tavris Definition: "Critical thinking is the ability and willingness to assess claims and make objective judgments on the basis of well-supported reasons.

Guide to Philosophy on the Internet (Suber) Welcome to my collection of online philosophy resources. If you are stuck in a frame, click here to escape. If you are a frequent visitor, press reload or refresh on occasion to be sure that you are viewing the most recent version of the page, not the version cached on your hard drive from your last visit. I've marked recommended sites with a red star

How 30 Minutes a Day Can Increase Your Intelligence If you ask me, where humans go wrong is with their lack of patience. That, and their recent acquired taste for instant gratification. The reality is that things take time. Richard Branson didn’t become a millionaire overnight. OWL Engagement This resource was written by Jaclyn M. Wells.Last edited by Allen Brizee on March 23, 2009 . Summary:This resource covers the three-part organization of successful GED essays. The resource also covers outlining. Debating a Christian – The Atheist Handbook Email by Jeremy L. Moran, JT Eberhard, Adam Brown, and other contributors Part 1. Opening Statements. Part 2. #60 – How to be a free thinker In the same way a man can be chained to an oak tree, a mind can be chained to an assumption, a religion, a political party, or any idea of any kind. But the idea, like the tree, should not be blamed. They are inanimate things and are good or bad only in how they are used by the living. Instead it is the chain that must be questioned, along with the motivations of people who work to close minds while calling themselves educators. A mind is unique in the world for its infinity of ideas, for it can be used to think about almost anything in a million different ways. Any act that deliberately confines a mind to a singular way of seeing the world can not be acting for good.