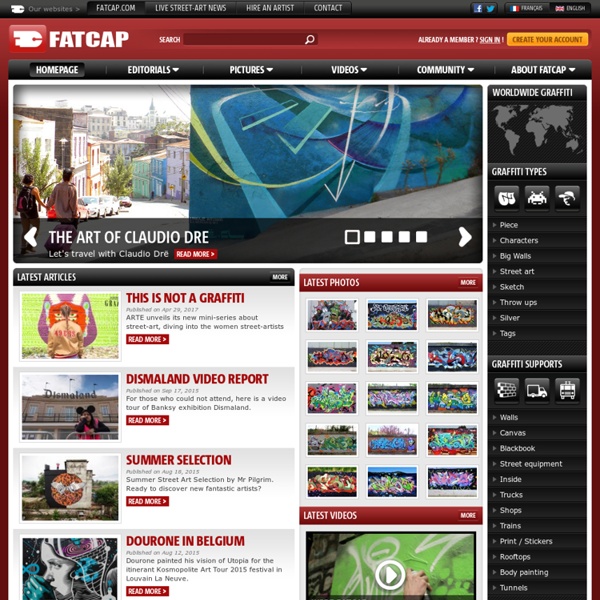 The History Of Graphic Design, In Icons Their latest poster is a tribute to the entire history of the latter: The gridded, black-and-white poster is a cheat sheet to the history of graphic design, beginning with the Victorian era. Start at the top, left-hand corner, of A Stylistic Survey of Graphic Design, and read from left to right. Each era (say, Arts & Crafts or Art Nouveau) is represented by a rectangular box that includes several squares that graphically represent the style described. The Modern movement, one of the largest movements depicted here, includes Bauhaus, Vorticism, De Stijl, New Typography and Istotope, Constructivism, Suprematicsm, and Futurism. Pop Chart creates, within each stamp-sized box, a visual representation of that particular style, with the design elements that prevailed at the time.

David De La Mano New Mural In Montevideo, Uruguay StreetArtNews David De La Mano is still in Uruguay where he just completed this new piece somewhere on the streets of Montevideo. Entitled "Frontera", the Spanish artist delivers an interesting monochromatic piece featuring hundreds of his trademark silhouettes. Scroll below to get a better look at "Frontera" and be on the lookout for more updates from David De La Mano soon. More pictures after the jump.

Brooklyn Street Art - ...loves you more every day. : Brooklyn Street Art Posted on April 7, 2014 “After photographing in the mosh pits for awhile I began to get familiar with patterns in the music. Eventually it got to the point where I could sense the moment coming when things would really cut loose and go berserk,” says painter Dan Witz about his process and method for catching the moment when the roiling mass of hardcore music fans hit the perfect state of frenzy.

Cabinet of American Illustration - About this Collection - Prints & Photographs Online Catalog Most images are digitized | Some jpegs/tiffs display outside Library of Congress | View All The Cabinet of American Illustration contains more than four thousand original drawings by American book, magazine, and newspaper illustrators, made primarily between 1880 and 1910. It includes illustrations for magazines, novels, and children's books; cartoons; cover designs; and sketches for posters. More than two hundred artists are represented, including Charles Dana Gibson, Elizabeth Shippen Green, Oliver Herford, and Jessie Wilcox Smith. The collection was the brainchild of William Patten, art editor for Harper's Magazine during the 1880s and 1890s, who established the Cabinet of American Illustration in 1932, in cooperation with the Library of Congress, in order to create a national collection of original works of art documenting what he and others considered the golden age of American illustration that took place from the 1880s through the 1920s.

Mark Jenkins // Street Installations Besançon Rome Rio de Janeiro René Portocarrero René Portocarrero Period: The Vanguard 1912 - 1985 Mujer de Perfil Woman in Profile, 1979 gouache on heavy paper 30 x 22 inches Born in the neighborhood of El Cerro, Havana, in 1912. He began painting from an early age and at 14, he entered the San Alejandro Academy of Fine Arts. Having a strong temperament and unable to adapt to this apprenticeship, he left the institution and started working on his own. His work was first exhibited at the Salon of Fine Arts in Havana.