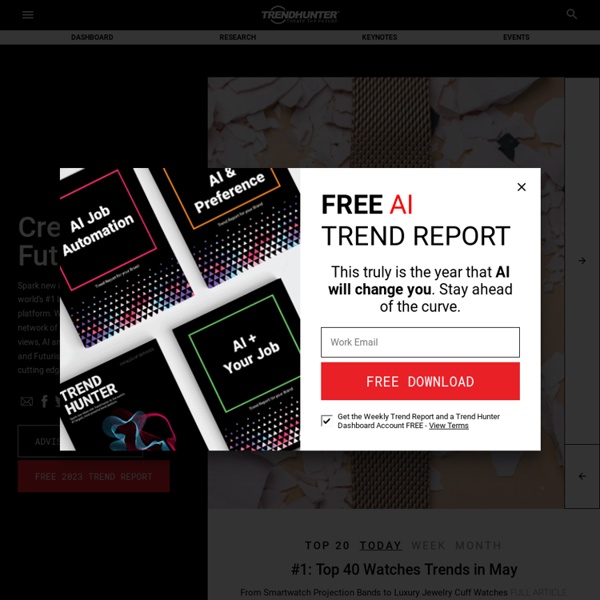 The Sexperience 1000 Welcome to The Sexperience 1000, an interactive journey through the sexual experiences and preferences of one thousand British individuals. What’s the favourite sexual position of iPhone users in the North? Do country music lovers over 55 prefer to do it in the dark? Explore the 20 questions of our survey and discover what the great British public get up to between the sheets… Fact and fiction blur as Captain Kirk tweets astronaut Paul Marks, senior technology correspondent (Image: Comicon de Montréal 2012) Truth got stranger than fiction in low Earth orbit this week as the crew of the (fictional) starship Enterprise entered into a fascinating dialogue with the crew of the (non-fictional) International Space Station. The exchange sent sci-fi fans into uncontrolled paroxysms of geeky rapture.

Storing Hierarchical Data in a Database, Part 2 Now, let’s have a look at another method for storing trees. Recursion can be slow, so we would rather not use a recursive function. We’d also like to minimize the number of database queries. Crazy Awesome Paintings by Vladimir Kush Here is a collection of the incredible paintings of Vladimir Kush. Vladimir has been creating these surrealistic paintings since the late 80’s. I’m extremely impressed by his work, and you should be as well! Related Plywood Paintings by Robert Romanowic Wife Of Indian Scientist To Host East India Company Event Wife of Indian Scientist To Host East India Company Event The East India Company event taking place at the National Maritime Museum next Thursday, is to be hosted by Tinku Ranbir, wife of esteemed scientist Chan Ranbir. This will be the second time Mrs Ranbir has represented her husband at a public event.

Photo Inspiration Who doesn’t love baby photography, One of the most challenging and time consuming type of photography. It is easily one of the hardest kinds just because of the sheer amount of unexpected drama with the kids. It is also one of the most popular kind of photography too. You see baby photography all around. Metro Mensch in Washington DC In Washington D.C. at a Metro Station, on a cold January morning in 2007, a man with a violin played six Bach pieces for about 45 minutes. During that time, approximately 2,000 people went through the station, most of them on their way to work. After about three minutes, a middle-aged man noticed that there was a musician playing. He slowed his pace and stopped for a few seconds, and then he hurried on to meet his schedule. About 4 minutes later The violinist received his first dollar. A woman threw money in the hat and, without stopping, continued to walk.

Manually Build a Login Flow Whether someone is not logged into your app or not logged into Facebook, you can use the Login dialog to prompt them to do both. If they aren't logged into Facebook, they'll be prompted to login and then move onto logging into your app. This is automatically detected, so you don't need to do anything extra to enable this behavior. Invoking the login dialog Less is the New More: Making the Most of Small Spaces Good Design For Living in Small ApartmentsAs people migrate to smaller spaces, good design helps a lot. This is something they figured out in Europe long ago, that if you don't have a lot of horizontal room you can go vertical. Tumidei in Italy makes some of the nicest stuff, like this unit with lots of storage under the bed. This unit just raises the floor high enough for beds to slide under. This one looks a bit clinical, but has two single beds plus a pull-out double bed in between. When you read in the New York Times that professional couples with children are moving into small one-bedroom apartments in Manhattan and sleeping in closets, perhaps this stuff could be useful.

Our new web documentary "Who Are The Champions?" Does the FIFA World Cup bring nothing but positive change or is there a darker side to the legacy of these competitions? Who Are The Champions? is a geo-mapped web documentary about the impact of the international sports spectacle on the people who live and work in the immediate vicinity of a stadium. Through audio stories and striking documentary photography we seek to answer the question; Who are the real winners of the World Cup? A Submarine Channel production, in collaboration with NRC.nl and Radiomakers Desmet.