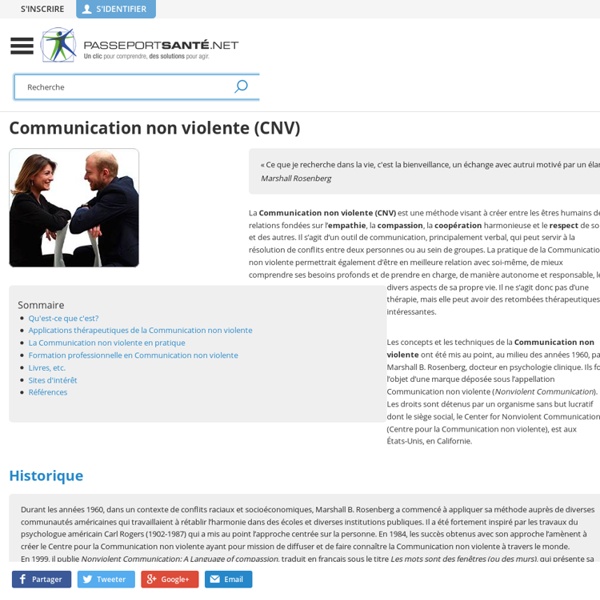 12 Toxic Thoughts You Need To Drop For A Better Life One of my mottoes is “Change Your Thinking, Change Your Life!” I’m a big believer that our thoughts and emotions shape our experiences. The problem is that most people aren’t even aware of their negative thoughts. It’s almost like they have just become a habit, so it seems normal to them. Here are 12 common toxic thoughts that you need to drop in order to have a better life: 1.

Reading facial expressions of emotion David Matsumoto, is Professor of Psychology at San Francisco State University and Director of Humintell, LLC. He has studied culture, nonverbal behavior, and emotion for over 30 years and has published over 120 journal articles in peer-reviewed, scientific journals. His books include Culture and Psychology, the Cambridge Dictionary of Psychology, and Cross-Cultural Research Methods in Psychology. 7 Productivity Hacks You Could Be Doing Now Wait, is this your relationship with productivity? Admit it, you envy productive people. You keep telling yourself that you could be more productive if only you use your time better and smarter.

How Not Talking About Conflict Could Help a Marriage Last It’s a familiar mantra that marriage counselors rely upon in advising their couples — talk about conflicts and try to resolve them, rather than letting suppressed feelings fester until they poison a relationship beyond repair. But is that such good advice? Most spouses are familiar with what marriage experts call the demand-withdraw cycle — one spouse blames or pressures his partner for some kind of change and the partner avoids the discussion, either by changing or distracting attention from the subject (avoiding) or by leaving the room or refusing to talk (withdrawing). Withdrawal is similar to stonewalling, a term coined by veteran marriage researcher John Gottman, co-founder of the Gottman Institute. (MORE: Is There Hope for the American Marriage?) This dynamic can become an unhealthy cancer in a relationship that only tends to grow and further separate spouses from communicating.

Self-Refinement Through the Wisdom of the Ages: 15 Resolutions for 2015 from Some of Humanity’s Greatest Minds by Maria Popova Enduring ideas for personal refinement from Seneca, Thoreau, Virginia Woolf, Carl Sagan, Alan Watts, Emerson, Bruce Lee, Maya Angelou, and more. At the outset of each new year, humanity sets out to better itself as we resolve to eradicate our unhealthy habits and cultivate healthy ones. But while the most typical New Year’s resolutions tend to be about bodily health, the most meaningful ones aim at a deeper kind of health through the refinement of our mental, spiritual, and emotional habits — which often dictate our physical ones. In a testament to young Susan Sontag’s belief that rereading is an act of rebirth, I have revisited the timelessly rewarding ideas of great thinkers from the past two millennia to cull fifteen such higher-order resolutions for personal refinement.

In Defense Of Metaphors In Science Writing (James Gillray) “Science is all metaphor”Timothy Leary We live in an elegant universe. Own, Apologize, Repair: Coming Back to Integrity There is a variation on ‘Not All Men.’ It is called ‘I Feel Bad When You Say That.’ My godson Kyle is six. Neuropsychological functioning in inpatients with major depression or schizophrenia Research article Annette Schaub1*, Nicole Neubauer2, Kim T Mueser3, Rolf Engel1 and Hans-Jürgen Möller1 * Corresponding author: Annette Schaub annette.schaub@med.uni-muenchen.de Author Affiliations

Preparing for Venus Retrograde: Cleansing Rituals to Get Rid of Old Lovers & Bad Love Juju. get elephant's newsletter We perform rituals every day—getting ready for work, how we make our coffee the same way or how we prepare to go to bed. In our modern era we have largely lost track of rituals that cleanse, clear or make space and rarely do we talk about literally cleaning ourselves and our space after a relationship ends or we have conflict in our current one.