People in Greek Myths. The Herbal Kitchen. Magickal herbs/flowers and their correspondences. Magickal herbs and their correspondences. Wicca Sabbat Samhain. Wicca Sabbat Imbolc. As with all Old Tradition observances, this holiday is usually celebrated beginning at sundown on February 1 and continuing through the day of February 2. Wicca Sabbat Beltane. Many Wiccans and Pagans celebrate Beltane. It is one of eight solar Sabbats. Wicca Sabbat Mabon. Mabon Autumn Equinox, 2nd Harvest, September 21st Mabon, (pronounced MAY-bun, MAY-bone, MAH-boon, or MAH-bawn) is the Autumn Equinox. Wicca Sabbat Lughnasadh. At Lammas, sometimes called Lughnasadh, it's time to celebrate the first harvest of the year, and recognize that the hot summer days will soon come to an end. The plants of spring wither and drop seeds to ensure future crops. Grains are ready to be harvested and the fruits are ripe for picking. We can give thanks for the food on our tables.

Wicca Sabbat Yule. Wicca Sabbat Ostara. As Spring reaches its midpoint, night and day stand in perfect balance, with light on the increase. The young Sun God now celebrates a hierogamy (sacred marriage) with the young Maiden Goddess, who conceives. In nine months, she will again become the Great Mother. Wicca Sabbat Litha. Although the name Litha is not well attested, it may come from Saxon tradition -- the opposite of Yule. On this longest day of the year, light and life are abundant. At mid-summer, the Sun God has reached the moment of his greatest strength. Seated on his greenwood throne, he is also lord of the forests, and his face is seen in church architecture peering from countless foliate masks.

Chamomile magickal purposes. The two most commonly seen types of chamomile, or camomile, are the Roman and German varieties. 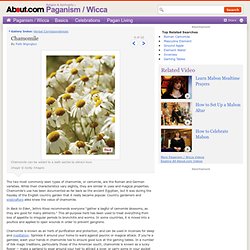 While their characteristics vary slightly, they are similar in uses and magical properties. Chamomile's use has been documented as far back as the ancient Egyptian, but it was during the heyday of the English country garden that it really became popular. Country gardeners and wildcrafters alike knew the value of chamomile. In Back to Eden, Jethro Kloss recommends everyone "gather a bagful of camomile blossoms, as they are good for many ailments.

" This all-purpose herb has been used to treat everything from loss of appetite to irregular periods to bronchitis and worms. Chamomile is known as an herb of purification and protection, and can be used in incenses for sleep and meditation. 10 effective techniques for astral projection. There has been a lot of confusion about Astral Projection, so I figured I’d explain what it is and how to do it. 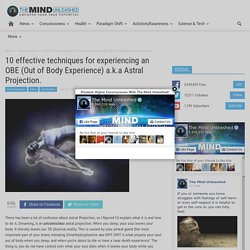 Dreaming, is an unconscious astral projection. When you sleep, your soul leaves your body. It literally leaves our 3D physical reality. This is caused by your pineal gland (the most important part of your brain) releasing Dimethyltryptamine aka DMT. DMT is what propels your soul out of body when you sleep, and when you’re about to die or have a ‘near death experience’. Let me put it this way so it’s easier to understand.. Before we get into techniques, you should know that there are hundreds if not thousands of different techniques to get your soul out of body. 1. 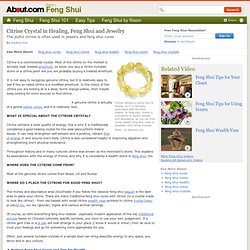 Most of the citrine on the market is actually heat treated amethyst, so when you buy a citrine tumbled stone or a citrine point are you are probably buying a treated amethyst. It is not easy to recognize genuine citrine, but it is relatively easy to see if the so-called citrine is a modified amethyst. Wicca for the Beginner. First, who we are not: we are not Satanists. 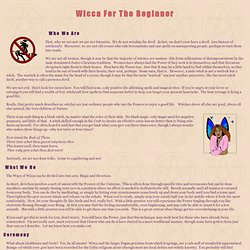 We do not worship the devil. In fact, we don’t even have a devil. (see history of witchcraft) Moreover, we are not old crones who ride broomsticks and cast spells on unsuspecting people, perhaps to turn them into toads. We are not all women, though it may be that the majority of witches are women—this from millennium of disempowerment by the male dominated Judeo-Christian tradition. Women have always had the Power if they seek it in themselves; and that threatens clergymen right down to their bones.

We are not evil. Really, that pretty much describes us: witches are just ordinary people who use the Powers to enjoy a good life. There is no such thing as a black witch, no matter what the color of their skin. To Be A Witch. The Sabbats of Wicca. Pagan and Wiccan sabbats and holidays. YULE (circa December 21)(Winter Solstice, December 20-23 (varies according to the particular date on the standard calendar according to when the Solstice will occur astronomically)). 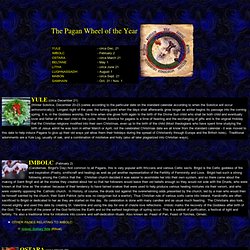 Longest night of the year, the turning point when the days shall afterwards grow longer as winter begins its passage into the coming spring. It is, in the Goddess worship, the time when she gives forth again to the birth of the Divine Sun child who shall be both child and eventually lover and father of the next child in the cycle. IMBOLC (February 2)(Candlemas, Brigid's Day) Not common to all Pagans, this is very popular with Wiccans and various Celtic sects. Samhain History and Explanation: Wiccan/Pagan holidays. Wiccan views of divinity. The divine couple is one of the most ancient concepts in religion. 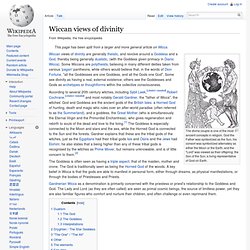 God the Father was symbolized as the Sun, his consort was symbolized alternately as either the Moon or the Earth, and the "Lord" was viewed as their offspring: the Son of the Sun; a living representative of God on Earth. Wiccan views of divinity are generally theistic, and revolve around a Goddess and a God, thereby being generally dualistic, (with the Goddess given primacy in Dianic Wicca). Some Wiccans are polytheists, believing in many different deities taken from various 'pagan' pantheons, while others would believe that, in the words of Dion Fortune, "all the Goddesses are one Goddess, and all the Gods one God".