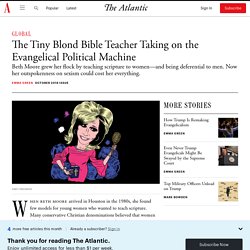 Can Evangelicalism Survive Donald Trump and Roy Moore? For centuries, renewal movements have emerged within Christianity and taken on different forms and names. 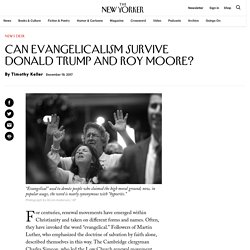 Often, they have invoked the word “evangelical.” Christian Classics Ethereal Library. Christian Classics Ethereal Library. Benedict Option FAQ. Moral Minority by Patrick J. Deneen. The Benedict Option: A Strategy for Christians in a Post-Christian Nation by rod dreher sentinel, 272 pages, $25 Strangers in a Strange Land: Living the Catholic Faith in a Post-Christian World by charles j. chaput henry holt, 288 pages, $26 Out of the Ashes: Rebuilding American Culture by anthony m. esolen regnery, 256 pages, $27.99 Looking back on the rise and influence of the Christian right in American political life in the latter part of the twentieth century, Jerry Falwell said, “I was convinced that there was a moral majority out there among more than 200 million Americans sufficient in number to turn back the flood tide of moral permissiveness, family breakdown, and general capitulation to evil and foreign policies such as Marxism-Leninism.” 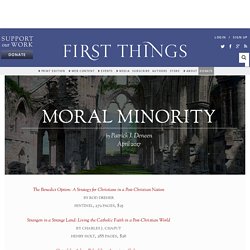 The Moral Majority was organized to be an electoral force, animated by the implicit belief that America’s ailments were limited to Washington, D.C., and elite institutions. Thirty years later, the mood has changed. Can the Religious Right be Saved? by Russell D. Moore. I am an heir of Bible Belt America, but also a survivor of Bible Belt America. 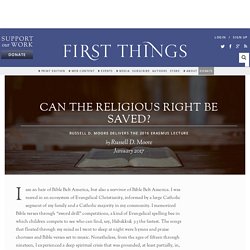 I was reared in an ecosystem of Evangelical Christianity, informed by a large Catholic segment of my family and a Catholic majority in my community. I memorized Bible verses through “sword drill” competitions, a kind of Evangelical spelling bee in which children compete to see who can find, say, Habakkuk 3:3 the fastest. The songs that floated through my mind as I went to sleep at night were hymns and praise choruses and Bible verses set to music. Nonetheless, from the ages of fifteen through nineteen, I experienced a deep spiritual crisis that was grounded, at least partially, in, of all things, politics. The cultural Christianity around me seemed increasingly artificial and cynical and even violent.

Recent questions and answers - Talk to Islam. The Subversive Design of America's Suburban Churches. Today, Buggeln writes, “the tens of thousands of modern churches these congregations created are rendered almost invisible by their ubiquity.” 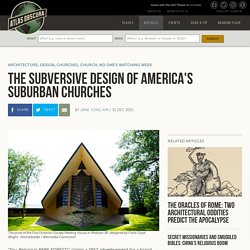 Centering on the oeuvres of three architects working largely in the midwest—Edward Sövik, Edward Dart, and Charles Stade—she calls for a revised and more compassionate framework for a much maligned, easily denigrated cross-section of American culture: religion, suburbia, and the imperfect, intriguing influx of modernism into both. Into Thy Word Ministries. Bible study | character. 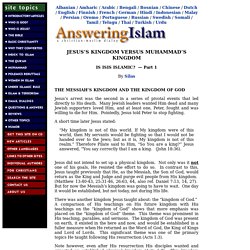 — Part 1 By Silas Jesus’s arrest was the second in a series of pivotal events that led directly to His death. Many Jewish leaders wanted Him dead and many Jewish supporters loved Him, and at least one, Peter, fought and was willing to die for Him. Pointedly, Jesus told Peter to stop fighting. A short time later Jesus stated: Cleaver and Conundrums – Why I Don’t Do Women’s Retreats. Update: 6/13/08 It’s been eight months since this thread was originally posted and time for an update. 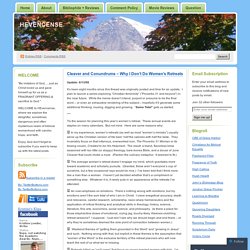 I plan to launch a series exploring “Christian femininity” (”Proverbs 31 and beyond”) in the near future.

Marina's Memory Palace - The Madonnas of Leningrad. Religion & Ethics NewsWeekly. Read excerpts from The Duty of Delight: The Diaries of Dorothy Day edited by Robert Ellsberg DEBORAH POTTER, correspondent: On the Lower East Side of Manhattan, just a few blocks from the Bowery, the line forms early outside St. 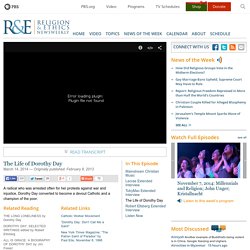 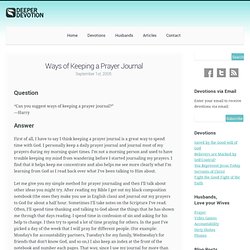 —Harry Answer First of all, I have to say I think keeping a prayer journal is a great way to spend time with God. I personally keep a daily prayer journal and journal most of my prayers during my morning quiet times. Let me give you my simple method for prayer journaling and then I’ll talk about other ideas you might try. Philipyancey. Clear Your Next 10 Minutes Because This Video Could Change How Happy You Are With Your Entire Week. Incurvatus in se. "Latin: Incurvatus in se" (Turned/curved inward on oneself) is a theological phrase describing a life lived "inward" for self rather than "outward" for God and others. 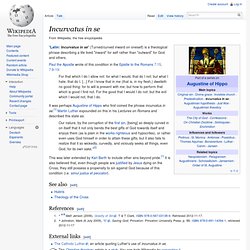 Paul the Apostle wrote of this condition in the Epistle to the Romans 7:15, 7:8-19: For that which I do I allow not: for what I would, that do I not; but what I hate, that do I. [...] How Should We Live: History’s Forgotten Wisdom on Love, Time, Family, Empathy, and Other Aspects of the Art of Living. By Maria Popova “How to pursue the art of living has become the great quandary of our age… The future of the art of living can be found by gazing into the past.” “He who cannot draw on three thousand years is living from hand to mouth,” Goethe famously proclaimed. Realization of Prophetic Visions. Realization of Prophetic Visions By Philip Mark Ames "I know a man in Christ who, fourteen years ago (whether in body I do not know, or outside of the body I do not know; God knows) was caught away to the third heaven.

And I know this man (whether in body or apart from the body I do not know; God knows) that was snatched away into paradise, and he heard unspoken sayings which it is not lawful for man to speak. " This statement of fact was made by the Apostle Paul in his second letter to the Christians in . (II Cor. 12:1- 4) The third heaven is a reality. Who Were the Sons of God in Genesis 6? In Genesis 6:1-8 we read about some persons who may be a pre-Flood link between the Bible and the cultures of the ancient Near East. They are the "sons of the gods. " The biblical reference to them should have some relationship with historical fact. If so, we should be able to lift these early chapters of Genesis out of what may be to some a foggy mysticism, and make connections with extra-biblical historical accounts. Suggested Meanings for the "sons of god" Who actually were the "sons of god? "

The Myths Behind the Age of Martyrs. By Candida Moss For the first three hundred years of its existence, tradition maintains, Christianity was a persecuted and suffering religion. Members were hunted down and executed, their property and books burned by crusading emperors intent on routing out the new religion. The bitter tears of the American Christian supermajority. The most persecuted minority in the United States is not Muslims, African-Americans or immigrants.

Dispensationalism. Iconoclasm. "Triumph of Orthodoxy" over iconoclasm under the Byzantine empress Theodora. Late 14th – early 15th century icon. Iconoclasm[Note 1] is the destruction of religious icons and other images or monuments for religious or political motives. In time, the word, usually in the adjectival form, has also come to refer to aggressive statements or actions against any well-established status quo. It is a frequent component of major political or religious changes. Sea of Faith. Commandments of Christ / via reel. The Importance of God in Europe. Why I Converted To Eastern Orthodoxy.