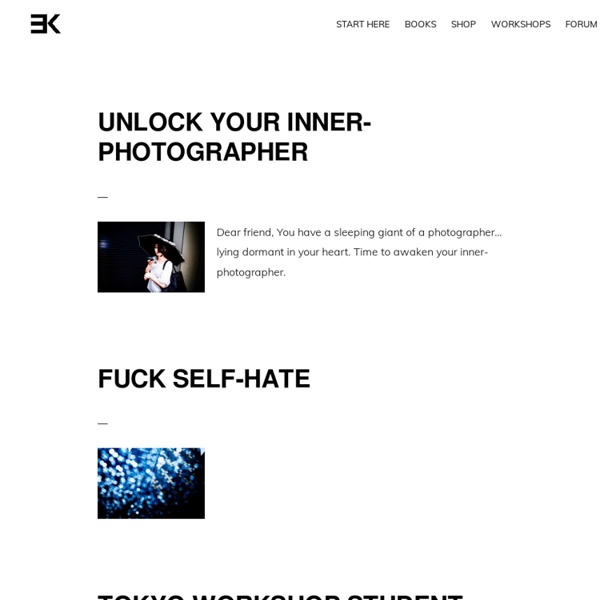 (Editor’s Note: Words and Photographs by Ryan Tacay) In a world of instant-gratification and disposable media, it’s hard to take something like instagram as a serious way to share something artistic and long-lasting. Going past the jokes about it being all about the bathroom selfies, things I ate today, or this afternoon’s sunset, it’s actually one of the best ways to get one’s work out there and seen. For starters, with instagram claiming they have about 300 million active users compared to the 92 million that Flickr has, it’s safe to say that although the images are displayed no larger than a 640×640 pixel square format, there’s a larger audience. Having come from Flickr since 2005, I get more traffic and activity on instagram these days. It has become my preferred method of sharing my street photos.

How to Shoot Street Portraits With Permission by Danny Santos Danny Santos shooting Stranger #85 & Stranger #86 , taken by Paulo Legaspi Eric’s Note: I am truly excited to have this guest post by Danny Santos, who is truly passionate about shooting portraits in the streets. I was fascinated and captivated by his work, and I asked him to write a guest post about how he shoots street portraits. Enjoy! This Isn’t a Painting Few months ago, way back in March, I showed you some incredible works by #Alexa Meade (whenever you see # in front of a word, it means it’s a tag linked to related stuff). Many of you couldn’t believe that her paintings were actually real life people, body-painted in such a way to look as an acrylic masterpiece. The illusion works best when you see the installation up-close. Just in case you don’t believe a word I’m saying, I’ve included few more photos shot from greater distance.

“Black Tsunami”: Interview with James Whitlow Delano about Documenting the Devastation of the 2011 Tohoku Tsunami Eric’s Note: I am honored to share this interview with James Whitlow Delano, a talented photojournalist whose work has been awarded intentionally, including the Alfred Eisenstadt Award (from Columbia University and Life Magazine), Leica’s Oskar Barnack, Picture of the Year International, NPPA Best of Photojournalism, PDN and others for work from China, Japan, Afghanistan and Burma (Myanmar). His most recent iPad book Black Tsunami (FotoEvidence) documenting the Japan tsunami and nuclear crisis took a 2012 PX3 Award. James is now trying to get his “Black Tsunami” book published as a hardcover book.

The Ultimate Aspiring Street Photographer Resource Post This post was originally posted here by Neal Bingham, but I thought I’d repost it here to share it with the rest of you guys. A great resource for any aspiring street photographer. Please pass it on! Also follow Neal on Twitter! Hyper-Realistic Acrylic Body Painting When Suzanne Green pointed me to this gallery, at first I thought “Nothing special, must be Photoshopped“. But Alexa Meade is an artist who thinks completely backwards! Most artists use acrylic paints to create portraits of people on canvas, while Alexa applied acrylic paints on her subjects, and made them appear to be part of a painting! Meade is an installation artist based in the Washington, DC area.

Two years later, Japan seethes at tsunami recovery An elderly man sits as he and with his wife (not pictured) visit a cemetery to pay respects to their son who was killed in the March 2011 tsunami, in Minamisoma in Fukushima prefecture on March 11, 2013. Getty Images TOKYO Amid growing dissatisfaction with the slow pace of recovery, Japan marked the second anniversary Monday of the devastating earthquake and tsunami that left nearly 19,000 people dead or missing and has displaced more than 300,000.

FOURTOES » Whats the difference between a camera and a sock? Melting by Mark Scholey Melting by Mark Scholey Mark called into the studio a few weeks ago while I was varnishing the Lacock Abbey plates, I had one spare dodgy plate left to … Cenarth, West Wales Cenarth, West Wales On Friday I travelled down to Swansea for some wet plate collodion work for a BBC TV series, unfortunately thats all I can say, it …

What is Street Photography? An Introduction to Street Photography with Eric Kim from Cindy Nguyen on Vimeo. There is not one definition which defines street photography. Depending on who you ask or where you find your information, you will come upon conflicting responses. Alexa Meade Alexa Meade is a DC-based artist developing an aesthetic that playfully and skillfully combines paint, portraiture, photography and performance, whilst blending real people into art as if they really were a part of the painting.