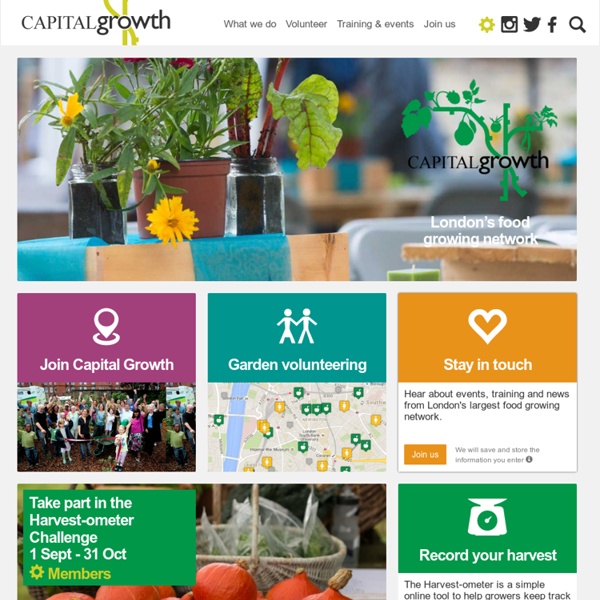 Great Vegetable Seeds from The Real Seed Catalogue Chris Huhne takes solar subsidy cuts ruling to the court of appeal | Environment The government has taken the solar subsidy cuts ruling to the court of appeal. Photograph: Andrew Butterton/Alamy The government went to the court of appeal on Friday in an urgent attempt to overturn a high court ruling that has hit its plans to cut subsidies for solar panels on homes. The energy secretary, Chris Huhne, wants to reduce feed-in tariff (Fits) subsidies – payments made to households and communities that generate green electricity through solar panels – on any installations completed after 12 December last year. Just before Christmas, a judge ruled that the minister was "proposing to make an unlawful decision". Mr Justice Mitting's decision was a victory for environmental campaigners Friends of the Earth (FoE) and two solar companies – Solarcentury and HomeSun – who said the plans to halve subsidies were creating "huge economic uncertainty". But changes made by reference to the earlier date of 12 December "are not in my judgment calculated to further that statutory purpose".

National Trust aims for nature generation 16 February 2012Last updated at 11:22 By Richard Black Environment correspondent, BBC News There is even talk that the modern environment is leading to "nature-deficit disorder" The National Trust is planning a campaign this year to improve peoples' links with nature and wildlife. The Trust's director general Fiona Reynolds said children needed freedom to discover nature for themselves. More children go to hospital having fallen out of bed than having fallen out of a tree, she said. The trust is marking the centenary of the death of Octavia Hill, one of its founders, who fought to preserve public open spaces in London and elsewhere. "It's about wanting to give children a sense of freedom to discover," said Ms Reynolds at a news conference in London. "The campaign will help children to get outdoors and connect them with nature, including things that can be done at trust properties, to try and stimulate a nation of nature-lovers." Ponds and dens Turbine troubles

Robot cars: more time, fewer prangs, less congestion Robotic car technology being developed at Oxford University that interprets its surroundings and makes decisions about where to go could eliminate the agony and cost of traffic jams. Whilst human drivers might use Global Positioning System (GPS) to find their way such systems cannot provide anything like the coverage, precision, and reliability autonomous cars need to safely navigate. GPS also fails to tell a robotic car anything about what surrounds it; its proximity to obstacles, other cars, pedestrians, or their intentions. The new technology, which Oxford researchers have now installed on a ‘Wildcat’ vehicle built by BAE Systems, is set to remove the dependence on GPS, improve navigation precision, lower emissions, interpret local traffic conditions, track risks, and above all offer a hands-free experience to the driver. `We need cars that do the thinking and concentrating for you, cars that do not insist you do the driving all the time.

Glen Meadows Retirement Community Creates “College Experience” for Residents with Masterpiece Living® GLEN ARM, Md.--(BUSINESS WIRE)--Glen Meadows, a Presbyterian Senior Living retirement community, today announced that it has become the first retirement community in Maryland to offer Masterpiece Living®, a new approach to senior living that helps residents lead more robust and fulfilling lifestyles. Glen Meadows is the first of Presbyterian Senior Living’s 24 locations, all located in the mid-Atlantic region, to launch Masterpiece Living, and will do so today in a community-wide celebration at its Glen Arm location. “If a community can provide the environment and culture that believes in the growth of their residents, the residents will respond to that. That is what Masterpiece Living is all about – a philosophy that believes in the growth in all areas of our lives and achieving this potential.” “Research shows that aging well – both physically and mentally – is largely dependent on lifestyle,” said Steve Proctor, President, Presbyterian Senior Living. Dr.

Paradise Seeds Harnessing heat from city roads Sun-warmed asphalt could heat water for local use or energy generation. The black asphalt roads of urban centres are notorious for soaking up the sun, often helping make cities uncomfortably hot during the summer. Special piping technology from the Worcester Polytechnic Institute in Massachusetts, however, is offering a way to trap this heat and use it elsewhere, potentially transforming urban streets into giant solar collectors. The idea is simple: the sun-warmed asphalt can be used to heat up water, which is pumped through tubes embedded a few centimetres below the road surface. This has the dual effect of cooling the asphalt, prolonging the lifespan of the road, and heating water which can be used either as is, or to produce electricity. A prototype using copper piping pointed to an average asphalt temperature drop of around 10°C. The concept is not without its drawbacks, however. Photo: iStockphoto/thinkstock

Brixton Green AFRICA: Challenging the urbanization myths | Zambia | Zimbabwe | Economy | Urban Risk While the massive sprawl of Kibera in Nairobi, Kenya, would point to rapid urbanization, its extent is often exaggerated (file photo) LONDON, 6 March 2012 (IRIN) - Africa's cities are growing at a frightening rate, as people flood from the countryside to the towns... It is a commonly held view, but a London-based academic, Deborah Potts, has been challenging this received wisdom, asserting that it is based on flawed data, and the rate of urbanization is much lower than people assume. Potts, a reader in human geography at King's College London, says she first began to have doubts in the mid-1980s, when she was working in Zimbabwe. "We interviewed 1,000 migrants," she told IRIN, "and the majority said they would stay in town for a time, but they would leave at some point in the future because they wouldn't be able to afford to stay. But people were slow to spot the changing trend because of problems with the data. Nobody is suggesting that Africa's towns and cities are actually shrinking.

Home - The Upton Cheyney Chilli Company Simpler tax system for pensioners proposed 6 March 2012Last updated at 16:26 About five million pensioners are in the income tax system The tax system should be made much simpler for pensioners, the government has been told. The Office of Tax Simplification says the current system is far too complex for pensioners, about five million of whom currently pay income tax. Its interim report raises the possibility of ending the taxation of state pensions altogether. It also says age-related personal allowances for those over 65, and tax on savings income, need reform. Specific proposals for simplification will now be devised by the OTS and it will publish its final report later this year. John Whiting, tax director for the OTS, said: "Our report floats a number of possible ways forward to mitigate the difficulties pensioners face." "We are aiming to make final recommendations that will mean pensioners can have a better understanding of a simpler tax system, and can deal with their responsibilities more easily."

Top 10 smartest cities in the world The future got a little closer this week: Google's driverless cars may now drive on Nevada's public streets and highways. The future got a little closer this week, as Nevada became the first state to allow self-driving cars on its public roads. The Las Vegas Sun reported that the state issued Google the first testing license for its autonomous vehicles, which will allow the cars to drive on public streets and highways. The cars are guided by GPS, visual indicators, sensor, and artificial intelligence software. Google says that since 2010, it has performed more than 200,000 miles of computer-led test drives on private tracks. According to the 2011 Nevada law that allows autonomous vehicles to be tested on its roads, the cars must have two people inside at all times - one in the driver's seat and one in the front passenger seat. Advocates of autonomous driving argue that self-driving cars are ultimately safer than those driven by flesh-and-blood humans. voa [CNET] May 8, 2012