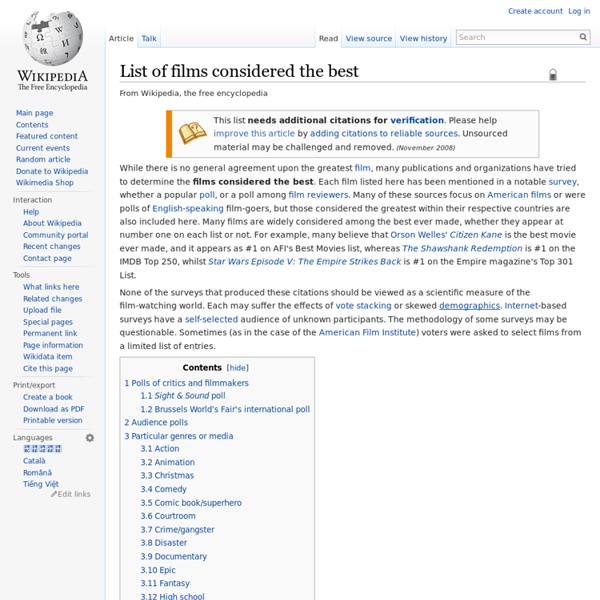 Cult Movies - Top 10 List - Top Ten List - Top 10 Films About Nonconformists - Nonconformity Quotes - Nonconformist Quotes - Nonconformists in Film - Barfly Top 10 Films About Nonconformists "This is a world where everybody's gotta do something. Ya know, somebody laid down this rule that everybody's gotta do something, they gotta be something. You know, a dentist, a glider pilot, a narc, a janitor, a preacher, all that . . . Sometimes I just get tired of thinking of all the things that I don't wanna do. All the things that I don't wanna be. "If we admit that human life can be ruled by reason, then all possibility of life is destroyed." "Words offer the means to meaning, and for those who will listen, the enunciation of truth. "They're not that different from you, are they? "My life, I mean . . . "Man, I see in fight club the strongest and smartest men who've ever lived. "I mean, it's real hard to be free when you are bought and sold in the marketplace. "Vice, Virtue. "Anybody here? "And now they're telling me I'm crazy over here because I don't sit there like a goddamn vegetable. Forgotten Movie Classics © 2015 Shelf-Life Productions LLC

Back to the future | Pondly Article by James Pond I am the owner of Pondly.com / art lover / electrical engineer / software developer / MBA in e-business student. I blog for pleasure and love to share my Internet findings. Web site: Irina Werning, a Buenos Aires Photographer asked friends and family to “re-enact” old photos of themselves for an ongoing project, which she christened “Back to the Future.” Did you like these photos? Visit Website Do you want more visual fun? TOP-55 Russian movies from Band Apart - a list by orange3005 Learn Japanese Online for Free - it's fun with easy flash quizes!

15 Movies from Your Childhood to Rewatch with Your Kids | Live Simply... Watching movies with your kids is a great way to bond, not to mention introduce them to some of your favorite and most beloved films from when you were their age. It’s a win-win: they get the joy of watching something they've never seen before while you can bask in a nice dose of nostalgia. Here are 15 movies we loved when we were younger that we'd eagerly rewatch with our own children. 15. Hook (1991) A fun twist on the well-known Peter Pan story, Hook explores what would happen if the boy who never grew up actually did. 14. This movie is a handy little lesson about the importance of looking after your siblings. 13. Your kids will get a kick out of this monster mashup. 12. The original movie starring Gene Wilder is a little on the trippy side, but kids will enjoy seeing the magical wonders of Willy Wonka's chocolate factory. 11. Every kid has fantasized about having the house all to himself so he can eat whatever he wants and watch countless hours of television. 10. 9. 8. 7. 6. 5. 4. 3.

Screwball - a list by TuppenceBeresford Crochet School Lesson 1: Welcome and Intro to Crochet - Craftyminx When I was little I hated crocheted afghans. There, I said it, I'm so glad I could get that off my chest! The problem I had with afghans was that they were rough and stiff and made out of the most garish colors -- Orange, Army Green, rust, and brown. Fast forward to my freshman year of college. Somewhere along the line I realized that yarn wasn't scratchy like the afghans of my past (acrylic yarn has come a long way since the 70s), knitted fabric wasn't stiff like the afghans were, and there were definitely more color choices available to me that didn't involve army green or rust. I realize not everyone can pick up a book and learn something new (I thank my dad for passing this gene on to me) and I realize not everyone can afford $30 or more to take a crochet class. At the very core, crochet is the act of pulling loops of yarn through other loops of yarn. Assigned Reading: History of Crochet by Ruthie Marks There are also a couple of drawbacks to crochet.

10 SXSW 11 Films Weve Seen and Highly Recommend With over 120 films to choose from in just nine days at the 2011 South by Southwest Film Festival, even the most experienced planner will be unable to take in all of them. That is just simple math. Sometimes you just have to take a page from Neil ... Page: "You have to discriminate. You choose things that are funny or mildly amusing." If extreme violence laced with comedy is your bag, then you can take the word of Eric Snider who enjoyed 'Hobo With A Shotgun,' or Scott Weinberg who fancied 'Super,' James Gunn's take on the modern superhero. Or, you can take a cue from yours truly (as you hopefully did last year) and add ten more recommendations to your schedule to already go along with 'Source Code' and 'Paul.' '13 Assassins' If glorious non-stop action is what you crave in-between the atypical mumblecore festival fare, then Takashi Miike's '13 Assassins' will be that deep drink of water after days in the desert. SCREENING TIME Sunday, March 13 – 6:30 PM – Paramount Theatre

Holiday Specials and Movies - a list by IMDb-Editors 50 (More) Life Secrets and Tips Investigate what is known about deathWhat do you know about death? You certainly have beliefs around it, but what do you know about the science of death, or of those who have died and been brought back to life? Death is not as big of a mystery as it is made out to be. Do your research before you fear or misconstrue this most universal human experience.Notice the small, beautiful thingsAs cliche as this sounds, there is so much beauty in the world yet we rarely appreciate it. Find the supplements suitable for your lifestyleOur diets and habits are nothing like those which are bodies were built for. Wouldn’t it be awesome if you could boldly display 50 life secrets and tips on your wall to serve as a beautiful, daily reminder of how to live a Higher Existence?

Watch Movies with no limits List of children's films This is a list of children's films (films that were released in America and made for or primarily marketed to children), including family films primarily intended for young children, as indicated by a rating such as MPAA G or PG. Films with an MPAA PG-13 or similar rating are intended for teenagers or older and are not included in this list. Pre-1940[edit] 1940s[edit] Son of Lassie Melody Time 1950s[edit] 1960s[edit] 1970s[edit] 1980s[edit] 1990s[edit] 2000s[edit] 2010s[edit] See also[edit] Notes[edit] Jump up ^ My Girl is released with PG rating, but Allmovie has additional flags "Watch with your kids" and "Children in peril" (My Girl at AllMovie). References[edit] "Movies and Films Database".