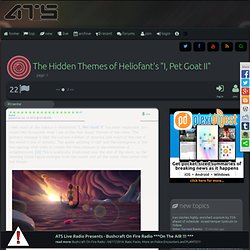 So I would like to express what I see as the four major themes of the video. The primary message is that the current mindset of America and much of the rest of the world is one of division. The apple splitting in half and the emergence of the two saplings that unite to create the lotus blossom is representative of enlightenment.[0] This is poetically illustrated near the end of the short, as the sleeping Christ figure emerges from the tunnel and all the water lilies unfurl into full bloom. A House Divided... During the introduction, in the first stanza, the two (supposedly) opposite U.S. Trapped in the surreal Alice and Wonderland setting.[3] The snow white-esque pupil,[4] despite the misbehavior of her elders, maintains her idyllic purity—uncorrupted by society's division and hatred the ethnocentric partisan circus creates.‡ Staring down, contemplating the apple.

The War that is Winter... Newtown family that escaped horrors of Sandy Hook loses house in fire  Fake Sandy Hook Victim Allison Wyatt Exposed Her Real Name is Lily Gaubert Part 2. The Esoteric Symbolism of the Viral Video "I, Pet Goat II" “I, Pet Goat II” is a computer animated video that is loaded with silent messages and esoteric symbolism. While the movie has no dialogue, each symbol tells a piece of a story that covers the fields of history, politics, occult conspiracies and spirituality. We’ll look at the esoteric meaning behind the viral sensation “I, Pet Goat II”.

Produced by the Canadian production crew Heliofant, I, Pet Goat II is a short animated movie that quickly went viral across the internet. Praised for its visual feats and its interesting imagery, the video however left many puzzled about the meaning of its symbolism. Politics, conspiracies and false flag operations are mixed with esoteric spirituality and occult symbolism in one big mesmerizing mind bender. After watching the video, many might say something like “What the hell did I just watch?”. I, Pet Goat II The opening scene is already replete with symbolism.

The Puppet Show that is Politics On the school wall is a graffiti saying “Psalm 23″. Sandy Hook Fire House. _ I, pet goat II. The Classroom When I started working on the film in 2005, the character of Lily quickly appeared to me in the context of the classroom. 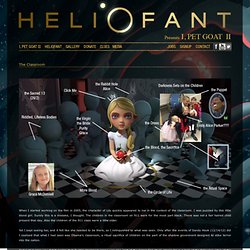 I was puzzled by this little blond girl. Surely this is a mistake, I thought. The children in the classroom on 911 were for the most part black. There was not a fair haired child present that day. Yet I kept seeing her, and it felt like she needed to be there, so I relinquished to what was seen. And just in case you didn't realize that Bush's classroom scene was also part of the larger 911 ritual, please have a look at the following video of the children repeating their mantra .