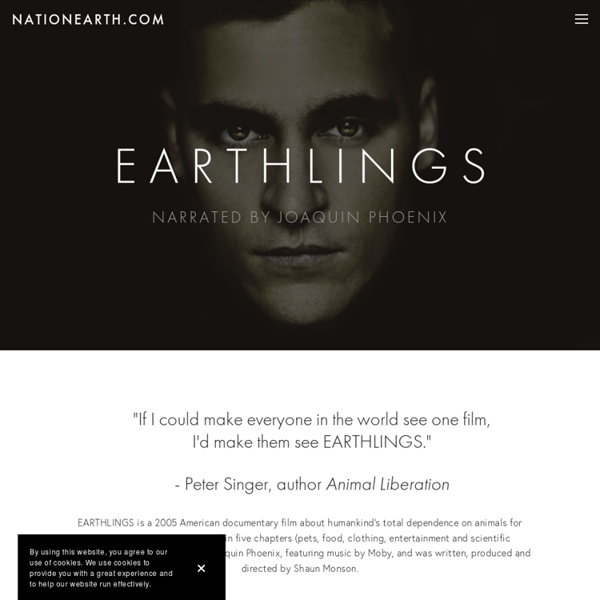 The Revolution Will Not Be Televised The Revolution Will Not Be Televised (a.k.a. Chavez: Inside the Coup) is a 2002 documentary about the April 2002 Venezuelan coup attempt which briefly deposed Venezuelan President Hugo Chávez. A television crew from Ireland's Radio Telifís Éireann happened to be recording a documentary about Chávez during the events of April 11, 2002. Shifting focus, they followed the events as they occurred. During their filming, the crew recorded images of the events that they say contradict explanations given by Chávez opposition, the private media, the US State Department, and then White House Press Secretary Ari Fleischer.

My Stuff My Stuff You lock away all your worldly possessions in storage, and decide to take back only one thing a day... What's the first thing that you'd choose? What do you value more than anything, or what's most useful, what's the greatest comfort, what's the ultimate necessity...? In the midst of an existential crisis following a recent break- up, Petri begins his experiment. Having taken comfort in buying lots of stuff and maxing out his credit cards in the process, he then decides to lock away every last possession in storage, allowing himself to retrieve only one item a day.

Aluna the Movie About the Movie ALUNA is being made by and with the KOGI, a genuine lost civilization hidden on an isolated triangular pyramid mountain in the Sierra Nevada de Santa Marta, Colombia, nearly five miles high, on the Colombian-Caribbean coast. The Kogi say that without thought, nothing could exist. This is a problem, because we are not just plundering the world, we are dumbing it down, destroying both the physical structure and the thought underpinning existence.

Fire in the Blood - A Tale of Medicine, Monopoly & Malice - A film by Dylan Mohan Gray Fire in the Blood A Tale of Medicine, Monopoly & Malice Fire in the Blood tells the shocking story of how Western pharmaceutical companies and governments blocked access to low-cost AIDS drugs in Africa and the global south in the 1990s, leading to the preventable deaths of at least ten million people. Shot on four continents and featuring contributions from global figures such as Bill Clinton, Desmond Tutu, and Joseph Stiglitz, the film takes us inside the lethal decision-making process that led to this humanitarian catastrophe. And it shows how millions more people would have died if not for the passion and tactical ingenuity of a group of courageous and relentless activists.

Bilderberg’$ Club This film, by Queralt Antu, explores the truth about Bilderberg’s club. David Rockefeller and Price Bernhard of the Netherlands founded this club in 1954. At the time two of the most important oil companies in the world: Shell and Exxon-Mobil were behind the club. Czech Dream June 15-July 5 at IFC Center, New York July 6-12 at Anthology Film Archives, New York July 13-19 at Real Art Ways, Hartford, CT July 24-26 at Guild, Albuquerque, NM July 27-28 at Wexner Art Center, Columbus, OH Michael Moore talks about CZECH DREAM (mov video 11.7MB) September 7-13 at Northwest Film Forum, Seattle, WASeptember 21-27 at Facets Cinematheque, Chicago, ILSeptember 7-13 at Grande 4 Laemmle Theater, Los Angeles, CASeptember 27-29 at Cornell Cinema, Ithaca, NYOctober 4 at ICA Boston, MA "An original, cheeky treatise on capitalism, with more than a whiff of exploitation, "Czech Dream" follows two film students who used a state grant to promote the opening of an entirely fictitious big-box mega-market in a Prague field. The resulting scandal, alternately hilarious and discomfiting, illuminates the waking nightmare of consumerism in a country still adjusting to the strengths and pitfalls of the concept."

Al Gore Q&A and video interview: Fixing democracy to combat climate change It is more than ten years since Al Gore’s documentary An Inconvenient Truth brought climate change to the masses. At its heart, it showed the former US vice-president giving a comprehensive global warming slide show – warning of the dire consequences if we do nothing about the climate crisis. The film grossed US$24m in the US and US$26m internationally.

Okja: a film that provides food for thought on 'sustainable' meat production What if we could meet the challenges of the ongoing environmental crisis without changing our behaviour and practices in any way? What if, rather than revising our way of life, we could instead propose a few technical fixes that would reduce our environmental impacts while allowing us to go on living as before? Would this really settle the ethical and political questions that are posed by our current moment of climate catastrophe, mass extinction, resource scarcity and industrialised animal slaughter? These are some of the questions that are posed by Netflix’s latest original movie, Okja. The story centres on the eponymous Okja, an animal belonging to a new species that has been genetically engineered to fulfil the developed world’s boundless appetite for meat, while minimising the environmental impact of its production.