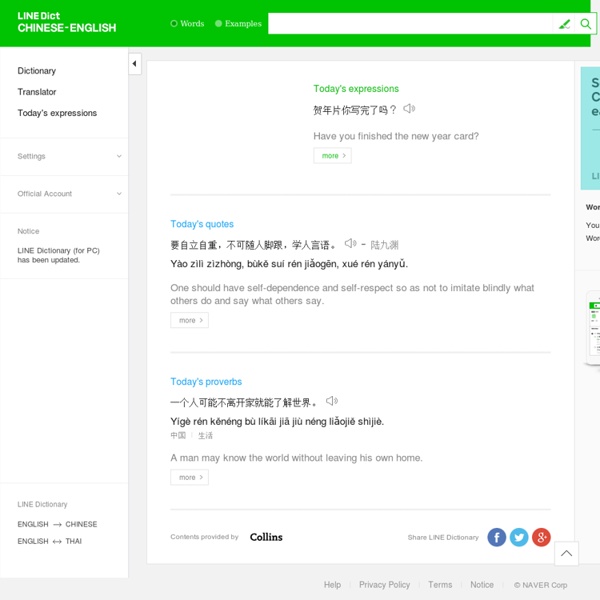 Semanda.com - Printable Mandarin Chinese Flash Cards (PDF) Printable PDF Mandarin Flashcards Printing instructions: The flash cards can be printed on a printer that supports two-sided printing, or you can print first one page, turn the paper over and feed it through your printer again for the second page. It is recommended to use an extra thick paper quality. 现实 - MDBG Chinese-English dictionary Examples and Help Example queries: hello, nihao, ni3hao3, 你好, rest*, zei*, *zei*, *茶, 英*公司, chinese *文, "to rest", bill -gates Pinyin words should be entered without spaces, either with or without tone numbers: ni3hao3 or nihao. The character ü can be entered as v instead. The asterisk character * can be used as a wildcard to match zero or more characters:

Tết Tết ([tet˧˥] or [tɜːt˧˥]), or Vietnamese New Year, is the most important celebration of Vietnamese culture. The word is a shortened form of Tết Nguyên Đán (Nôm: 節元旦), which is Sino-Vietnamese for "Feast of the First Morning of the First Day". Tết celebrates the arrival of spring based on the Vietnamese variation of the Chinese lunisolar calendar, which usually has the date falling between the months of January or February.[1] Tết is celebrated on the same day as Chinese New Year, though exceptions arise due to the one-hour time difference between Hanoi and Beijing resulting in the alternate calculation of the new moon. It takes place from the first day of the first month of the Vietnamese calendar (around late January or early February) until at least the third day. Many Vietnamese prepare for Tết by cooking special holiday foods and cleaning the house.

Return on Investment (ROI) ROI Calculator (Click Here or Scroll Down) The formula for return on investment, sometimes referred to as ROI or rate of return, measures the percentage return on a particular investment. ROI is used to measure profitability for a given amount of time. The return on investment formula is mechanically similar to other rate of change formulas, an example being rate of inflation. The base formula for measuring a percentage rate of change is: How to Change the World Amazon start selling the paperback edition of my latest book, APE: Author, Publisher, Entrepreneur. APE explains how to publish a book by breaking the process down into three stages: Author explains how to write a book. Publisher explains how to produce both ebooks and printed books.Entrepreneur explains how to market and sell your book with an emphasis on social media. You can order APE here: There are 204 Amazon reviews for it: 181 five stars, 21 four stars, and 2 three stars which averages to five stars!

The Free IELTS Academic Reading Test Lesson The Test Format The IELTS Academic Reading Test has 3 sections. You have 60 minutes to complete the test. There is NO extra time at the end of the test to transfer your answers to the answer paper (you get 10 extra minutes in the listening test only); your answers must be on the answer paper at the end of the 60 minutes.

The best Chinese English online dictionary^^ by mayline May 28