Megane (How to Read Japanese) 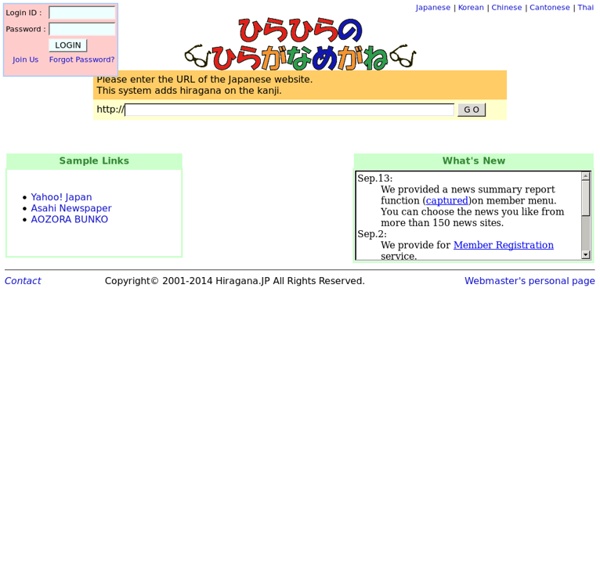 Reviewing the Kanji How I learned a language in 22 hours "What do you know about where I come from?" That was one of the first questions I ever asked Bosco Mongousso, an Mbendjele pygmy who lives in the sparsely populated Ndoki forest at the far northern tip of the Republic of Congo. We were sitting on logs around a fire one evening four years ago, eating a dinner of smoked river fish and koko, a vitamin-rich wild green harvested from the forest. I'd come to this hard-to-reach corner of the Congo basin – a spot at least 50km from the nearest village – to report a story for National Geographic magazine about a population of chimpanzees who display the most sophisticated tool-use ever observed among non-humans. Mongousso, who makes his living, for the most part, by hunting wildlife and gathering forest produce such as nuts, fruits, mushrooms and leaves, had teeth that had been chiselled to sharp points as a child. "I don't know. "Have you ever heard of the United States of America?" He shook his head. I didn't know where to begin.