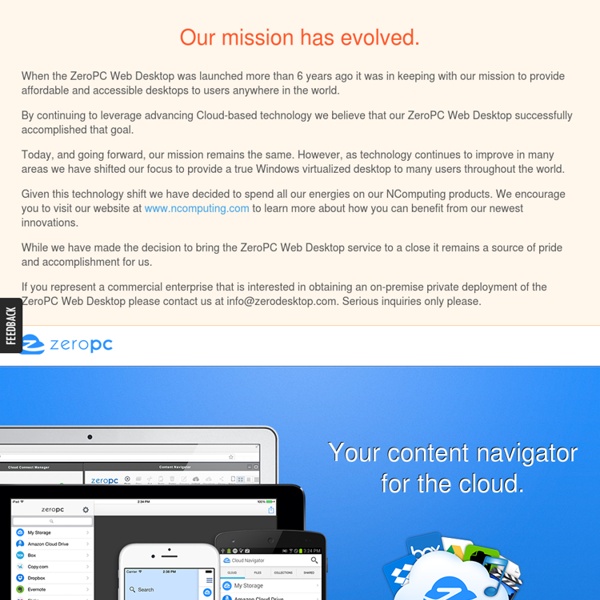 Compare SkyDrive, Google Drive and Dropbox We compare the features of Windows SkyDrive, Google Drive and Dropbox to help you pick the best file storage and sync service for your specific requirements. You have your files, photos and documents on your home computer that you would like to access from other locations on different devices. Dropbox has been the de-facto choice for long but that could potentially change as Microsoft and Google have just entered the arena with the launch of Windows Live SkyDrive and Google Drive respectively. The three services are very similar – you get online storage (you can access your files anywhere) and file synchronization – edit a document on one computer and the changes are propagated to all your other computers almost instantly.

100 Websites You Should Know and Use Entertainment Meet David Peterson, who developed Dothraki for Game of Thrones There are seven different words in Dothraki for striking another person with a sword. Among them: “hliziﬁkh,” a wild but powerful strike; “hrakkarikh,”a quick and accurate strike; and “gezrikh,” a fake-out or decoy strike. But you won’t find these words in George R. SugarSync Sharing Large Files Using SugarSync Sharing large files and folders just got easier. Generate a public link for any file or folder and share it on Facebook, Twitter, email, IM, or on your blog.

Cloud Explorer for SkyDrive Microsoft Office Mobile is the official Office companion optimized for your Android phone. You can access, view and edit your Microsoft Word, Microsoft Excel and Microsoft PowerPoint documents from virtually anywhere. Documents look like the originals, thanks to support for charts, animations, SmartArt graphics and shapes. When you make quick edits or add comments to a document, the formatting and content remain intact

Improve Your Google Search Skills [Infographic] Don’t limit yourself to just plugging in simple search terms to Google; check out this infographic and learn a search string search or two. You don’t need to limit yourself to searching just for simple strings; Google supports all manner of handy search tricks. If you want to search just HowToGeek.com’s archive of XBMC articles, for example, you can plug in site:howtogeek.com XBMC to search our site. Get More Out of Google [HackCollege via Mashable] Jason Fitzpatrick is a warranty-voiding DIYer who spends his days cracking opening cases and wrestling with code so you don't have to. If it can be modded, optimized, repurposed, or torn apart for fun he's interested (and probably already at the workbench taking it apart).

Cloud Computing: Microsoft's Viewpoint Successful digital businesses are holistically applying the concepts of mobile, social, and big data to reimagine their business. Cloud creates the connections. Learn More People-focused. Delivering experiences that appeal directly to your employees and partners, increasing their engagement and allowing them to drive maximum productivity. Enterprise-grade.

Dropbox (service) Due to trademark disputes between Proxy, Inc. and Evenflow (Dropbox's parent company), Dropbox's official domain name was "getdropbox.com" until October 2009, when they acquired their current domain, "dropbox.com".[7] OPSWAT reported in their December 2011 market share report that Dropbox held 14.14% of the worldwide backup client market, based on number of installations.[8] In May 2011, Dropbox struck deals with Japanese mobile service providers Softbank and Sony Ericsson. The Best Apps for your Dropbox Meet some of the best Dropbox apps that add new functionality and extend the service beyond the realms of online storage. Dropbox has made our digital lives so much easier. You put a file in your Dropbox folder and it becomes available on mobile phone, your tablet and on all your other computers.

The Top 10 Best Dropbox Services, Addons and Hacks - TNW Apps Everyone from heavy Dropbox users to those who are wondering just what the fuss is all about with this cloud syncing business should be able to find something useful to them in this list. If you’re unfamiliar with Dropbox it’s a sync service that keeps one folder, the drop box, on your computer in sync with the Dropbox server and any other computers or mobile devices that you have Dropbox installed on. It’s a fantastic way to keep a selection of files handy no matter where you are. This is a collection of 10 of the most useful Dropbox services, apps and hacks that take Dropbox beyond convenient and into the realm of necessity. Note that this list focuses specifically on addons and tweaks rather than applications that feature Dropbox integration.

Infinite Storage on your Desktop features infinite hard drive Keep every file you have ever owned in Bitcasa. Ditch the external hard drives, and store your files in your Bitcasa Infinite Drive to free up space on your computer and phone. 10+ Best Apps For Your Dropbox If you’ve been using Dropbox for a while, you may not have noticed that a whole ecosystem of applications have been built up to use the service. Over time, these apps have sprung up to fill all of the little holes Dropbox left unfilled. There are apps now for just about everything. It’s possible to sync Google Docs to Dropbox, automatically send Gmail attachments to Dropbox, play music in a browser from your Dropbox music files, encrypt your Dropbox, easily host a website or blog in Dropbox, collect URLs and web clippings to Dropbox and to automate file syncs between all of your social networks and Dropbox. You can even view all of your Dropbox files alongside your Google Docs, Box files and FTP files in the one web interface.

One Stop Resource for Google Docs If you’re a Google Docs user, curious about Google Docs, work with Google Docs with students, and especially if you’re looking for help understanding all of the features of Google Docs, then you’ve got to bookmark MaryFran’s Google Docs Tutorials. Created as a Google Site (of course), this is a huge collection of resources, tutorials, videos, … all devoted to helping the visitor understand the ins and outs of working with Google Docs. That’s really the best description I can think of to describe this site.