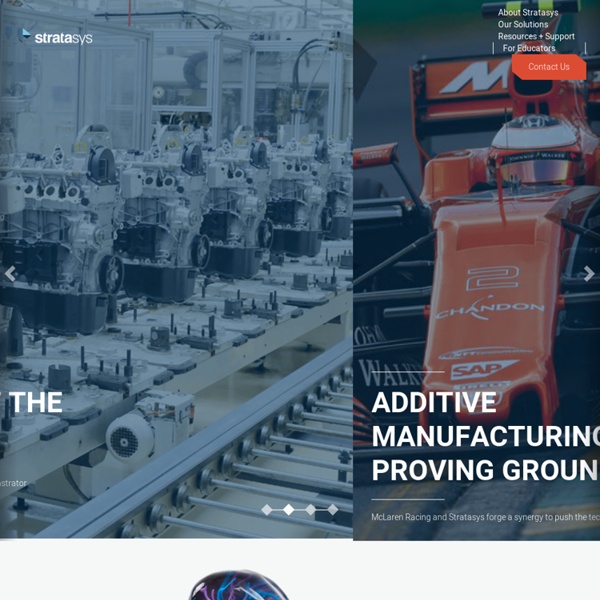 Mojo Discover the Magic of Mojo A 3D printer so brilliant, it could have designed itself. No need to leave your chair — Mojo prints professional-quality models at your desk. It’s as simple to use as a document printer, yet powered by Fused Deposition Modeling (FDM) Technology to build spot-on, functional concept models and rapid prototypes in ABSplus thermoplastic. With the lowest price, fastest build and finest layers of any Idea Series 3D printer, Mojo’s good vibes inspire boundless creativity. The ready-to-run Mojo 3D Print Pack arrives equipped with everything designers, engineers or educators need to start 3D printing: Use 3DVIA to Make a 3D Print of Your 3D Models Today! We are very proud to announce another great service to the 3DVIA 3D Designers Community : Online 3D Printing! You can now use 3DVIA to print a real 3D model of your uploaded content through our partnership with 3D printing site, Sculpteo.com . It’s easy. Simply click the “Send to Sculpteo 3D Print” button on the view page of your own 3DVIA models and follow the instructions. Our friends over at Sculpteo will take care of the rest, including analyzing your 3D model to ensure the best print result possible.

Nerd Paradise : Divisibility Rules for Arbitrary Divisors It's rather obvious when a number is divisible by 2 or 5, and some of you probably know how to tell if a number is divisible by 3, but it is possible to figure out the division 'rule' for any number. Here are the rules for 2 through 11... The last digit is divisible by 2. The sum of all the digits in the number is divisible by 3. The last 2 digits are divisible by 4. Form 1 - article TechCrunch The Form 1 3D printer, which you may recognize from Kickstarter, has topped $1.4 million in pre-orders in just under a week on the crowd-funding platform. With nearly 1,000 backers already, the FormLabs team has sold out of all their early-bird pledge packages, so anyone who backs the project now is only ahead of the official website sale shipments. Mad Kickstarter success always comes down to demand. Disrupt runner up gTar walked away with 3x its funding goal because it made learning the guitar fun and easy. Pebble took home a whopping $10 million after finding the perfect balance between smart watch functionality, beauty, and battery drain. The Form 1 is no different.

Weierstrass functions Weierstrass functions are famous for being continuous everywhere, but differentiable "nowhere". Here is an example of one: It is not hard to show that this series converges for all x. In fact, it is absolutely convergent. It is also an example of a fourier series, a very important and fun type of series. It can be shown that the function is continuous everywhere, yet is differentiable at no values of x.

Box Clamp Woodpecker 4" Box Clamp You can never have enough clamps. But then again, having just the right clamp for the job can make a huge difference. Form1 - Kickstarter Are you frustrated that low-end 3D printers don’t have the quality to make the true beauty of your designs real? Do you dream of having the power and resolution of a truly professional machine on your desktop? We’ve created an easy-to-use system that rivals the output of high-end printers at a fraction of the cost. Our reason for starting this project is simple: there are no low-cost 3D printers that meet the quality standards of the professional designer. As researchers at the MIT Media Lab, we were lucky to experience the best and most expensive fabrication equipment in the world. But, we became frustrated by the fact that all the professional-quality 3D printers were ridiculously expensive (read: tens of thousands of dollars) and were so complex to use.

- StumbleUpon The length of the polygonal spiral is found by noting that the ratio of inradius to circumradius of a regular polygon of sides is The total length of the spiral for an -gon with side length Chair by Lilian van Daal replaces upholstery with 3D-printed structure Design graduate Lilian van Daal has developed a conceptual chair influenced by plant cells that could be 3D-printed from a single material (+ slideshow). Van Daal's Biomimicry: 3D-printed soft seat is designed as an alternative to conventional upholstered furniture, which requires several different materials and processes to create the frame, padding and covers. "A lot of materials are used in normal furniture production, including several types of foam, and it's very difficult to recycle because everything is glued together," Van Daal told Dezeen. The designer began to look at ways of printing structures that behave differently depending on how material is distributed, enabling some sections to be soft and others to be rigid. "I was testing the flexibility and the stiffness you can get from one material by 3D-printing various structures," said Van Daal. "I did lots of experiments with different structures to identify the kind of properties each structure has."

Eventorbot Eventorbot! Open source 3D printer.The Mission and challenge behind Eventorbot, was to build a rigid, low cost 3d printer. Using less parts, easy to assemble, and is capable to self replicate most of its parts. It is 100% open source project, and all plans are available for anyone interested.

Nerd Paradise : Calculating Base 10 Logarithms in Your Head Calculating base 10 logarithms in your head on the fly is a lot easier than you may think. It is simply a matter of memorization and a little estimation... First memorize all the single digit base 10 logs. Don't worry, it's not as painful as it sounds. I even made the chart for you: Printrbot: Your First 3D Printer by Brook Drumm I designed the Printrbot to be the simplest 3D printer yet. There are some great kits out there - the Makerbot, the Ultimaker, the Prusa Mendel, and others - but none as small and simple as the Printrbot. This all-in-one 3D printer kit can be assembled and printing in a couple of hours. Other kits will not only take you many more hours to build, they will also have hundreds more parts, and they will cost more. My design also does away with the finicky calibration and adjustment from which most 3D printers suffer.