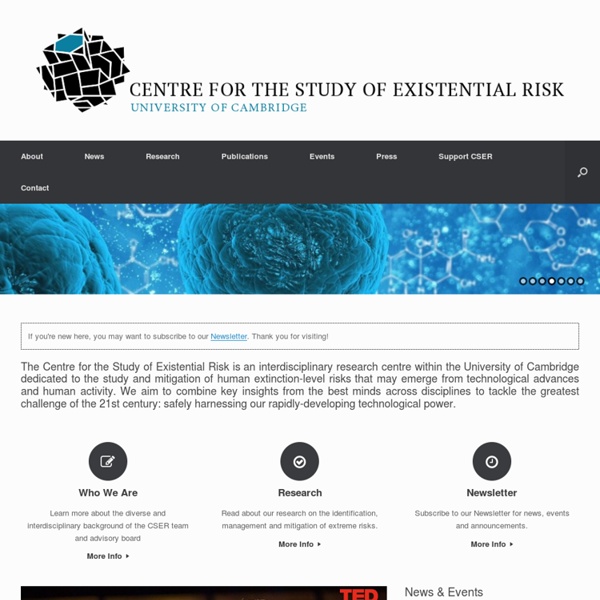 Shark Attack, Infographic Shows the Staggering Number of Sharks Killed by Humans Every Year Joe Chernov and Robin Richards have created an infographic that illustrates the staggering number of sharks killed by humans every year. According to the infographic, sharks killed 12 people last year, but humans kill that many sharks every four seconds, adding up to an estimated total of 100 million sharks annually. Many sharks are killed by “finning,” a process in which a shark’s fins are cut off to be sold for shark fin soup. Organizations like the Shark Conservation Society, Stop Shark Finning, Humane Society International, documentaries like Sharkwater, and environmental campaigns on The Pew Charitable Trusts are all working to raise awareness of and ultimately prevent shark finning. You can view the full infographic at Chernov’s website. infographic via Joe Chernov via Under the Vast Blue Seas, I Love Charts About these ads Related Laughing Squid Posts Woman Holds a Great White Shark's Fin & Swims With It February 20, 2013 In "Blog" Shark Bite Oven Mitt March 23, 2011

Original Moon Landing Tapes — Erased Forty years ago — on July 20, 1969 – audiences watched in awe as Apollo 11 landed on the moon. The historic moment was captured at the time on high quality tapes, along with Neil Armstrong’s first steps on the lunar surface and the planting of the American flag. Those tapes, however, no longer exist. NASA admitted at a press conference on Thursday in Washington that the tapes have been lost or recorded over — or, as NASA called it, “degaussed.” Richard Nafzger, a NASA engineer who put the original video procedures together and now is in charge of projects like the space shuttle, said a NASA team had looked high and low for the original tapes but had been unable to find them. But they do know that they are gone. So, what’s left for historians and NASA researchers? NASA’s focus at the time, Nafzger said, was on being able to broadcast a signal live from the moon — not preserving the results. It previewed 15 minutes of the work-in-progress during the press conference.

mark's blog window: Panorama This is just a run through of how I stitched my panoramic together. I saved all my sequences to individual folders. I employed this method for all of the panoramic. The steps layed out here presuppose you have some understanding of Photoshop. Step 1 Open all the images from a sequence in Photoshop, compile them into stacked and layered image. Step 2 Using the crop tool extend the background. Step 3 Create a layer on the bottom and fill it with white. Step.4 Turn off the visibility on all the layers except the bottom white layer and the top two.Turn the uppermost layer to opacity 50%. Step 5. Step 6. Step 7. Step 8. Step 9. Repeat until all layers are in place. If you need to adjust the colour, density you can insert adjustment layer acting only on that layer.

Castles in the sea | Education Graham Hancock doesn't look mad as he sprawls in an armchair in his small, neat house in Kennington, south London. But his critics would say appearances deceive: he is either a lunatic, a charlatan, or both. Hancock has spent the past 10 years writing books and producing TV programmes which argue that everything we are told about ancient history is wrong: civilisation didn't start in Sumeria and Egypt around 3,500 BC; it began 10,000 years before in great cities which subsequently suffered a cataclysm. He first expounded the thesis in 1995 in Fingerprints of the Gods (the echo of Erich Von Daniken's pro-alien Chariots of the Gods is unfortunate). So, Graham, I hear you are bonkers. The 51-year-old former journalist pleads not guilty on both counts. Hancock's first "mystery" book - a quest for the lost Ark of the Covenant - was The Sign and the Seal in 1992, and he seems to see himself as an Indiana Jones figure, kicking against the constraints of academia, thinking the unthinkable.

10 Fabulous German Words With No English Equivalent This past week, I journeyed to Berlin, Germany with one of my best friends in an effort to avoid the utter sadness that comes with the impending conclusion of my study abroad experience. Despite not knowing a lick of German (my apologies to every person that had to endure my not-so-impressive hand gestures and aggressive pointing), the trip was a success and we both left feeling more cultured and a little more appreciative of our English-speaking countries. That’s not to say the German language is unpleasant. In fact, there are a handful of fantastic German words that describe life more perfectly than any English word could. 1) Weltschmerz (n.): mental depression or apathy caused by comparison of the actual state of the world with an ideal state They say that the grass is greener on the other side, but it’s that kind of mindset that causes the grass on your side of the picket fence to look gray and infested with earwigs. Picture this: you’re 26 years old. - Disrespectful bros. - Hitler.

Huddersfield firm fall foul of Civil Aviation Authority rules after helping customer out with drone flight They are stunning images of Huddersfield from on high. But the shots from a remote-controlled model aircraft have landed a Huddersfield company with a headache. Staff at Maplin, the electrical retailer on the Leeds Road Retail Park, wanted to help out a customer interested in buying one of their remote-controlled quadcopters, fitted with a camera. The aircraft was flown over the car park and filmed scenes including the busy Leeds Road and the nearby John Smith’s Stadium But when they posted the film on the internet, they discovered they were possibly breaching strict Civil Aviation Authority restrictions governing unmanned aircraft. Click below to watch the video “We removed the film as soon as we were aware it could be a problem”, said the store’s assistant manager Trevor Sheldon. “We had taken the quadcopter out of the box to show a customer and flew it over the car park. The firm sells remote-controlled helicopters and several quadcopters, which are fitted with rotors at all four corners.

15 of the best music streaming platforms online today. Which one is best for you? With a seemingly ever-growing number of streaming music services available via the Web and dedicated mobile and tablet apps, choosing the one that best fits your need is an increasingly difficult task. Obviously, there are some big names that you might already be aware of, but there are also some newer services that launched in the last 12 months, and some of the existing ones have changed features, so we thought it well worth putting together a roundup to give you some insight into what each offers before you hand over any hard-earned cash. Perhaps paying for one that lets you download tracks for offline listening, or upload your entire music library for playback anywhere could be worthwhile in the long run, even if it seems more expensive at first. There are lots of options out there, but here are some of the biggest and most notable that are worth checking out. Spotify One of the strong points for Spotify is its sheer ubiquity. For: People who don’t mind paying for offline access.

Guide to Projectors for Interactive Installations / by @laserpilot Video projectors are one of the most important tools for creators of interactive installations. The information for projectors is available on various websites, but this 2 part guide will focus on their use in production and interactive environments. Part 1 will focus on the projector as hardware(lenses, lumens, surfaces etc), and part 2 will go into more details on the software and calibration considerations. This will gather some of that disparate knowledge into the important bits you need to make informed decisions about creating a high quality experience. They vary in scale from pocket-sized (or smaller) pico’s to refrigerator sized large-venue projectors. They vary in price from a couple hundred dollars, to a couple hundred thousand dollars. Here is a sample checklist that you can go through when planning to choose a projector for an interactive installation or large event. What is the surface or object you’ll be projecting on? LCD Projector Teardown Video: LCoS Hybrid Laser Diode Image

TRIANGULATION | Joanie Lemercier I’m obsessed with geometric patterns. I can’t stop drawing them. And the triangle is my favourite shape over all. To pursue my never-ending quest of finding the perfect triangular pattern, I make simple tools. This tool will allow you to generate Delaunay and Voromoi diagrams from a set of point, and export the result as an svg file. 1- Download and install VVVV (version beta 32 or greater) and its addon pack. Once the patch is running, you get 2 windows: the output, and a basic GUI: 1- Drop an image (jpg) into the top right box. 2- Click on you image to create points for the triangulation. 3- Play with the menus in the GUI to show/hide elements, or animate the points. 4- Send me your feedback and visuals ! “The wanderer above the sea of fog”, by Caspar David Friedrich – export 3d model, in a different file format than .x – 3d mode, with depth / Z axis. – gpu triangulation. Send me your requests on twitter: @joanielemercier Comments comments

Lantern: Search, Visualize & Explore the Media History Digital Library 2001: A Space Odyssey -- A Look Behind the Future Weird private photographs of Hitler practicing dramatic gestures for his speeches Weird private photographs of Hitler practicing dramatic gestures for his speeches Hitler is the human symbol of evil, but his rise to power in Germany in the 1930s obviously can’t be explained by reference to that alone. There must have been some deep, underlying appeal to the man himself. In 1940, in a review of Mein Kampf, George Orwell (!!!), who was not yet the famous author he would become, wrote: But Hitler could not have succeeded against his many rivals if it had not been for the attraction of his own personality, which one can feel even in the clumsy writing of Mein Kampf, and which is no doubt overhwhelming when one hears his speeches. As Orwell points out, Hitler’s appeal was largely symbolic, and, just as with every American president from FDR to Nixon to Reagan to Obama, he understood that public presentation has to be carefully staged and place a premium on non-verbal, one might even say precognitive aspects to politics and ceremony. via Downtown Camera