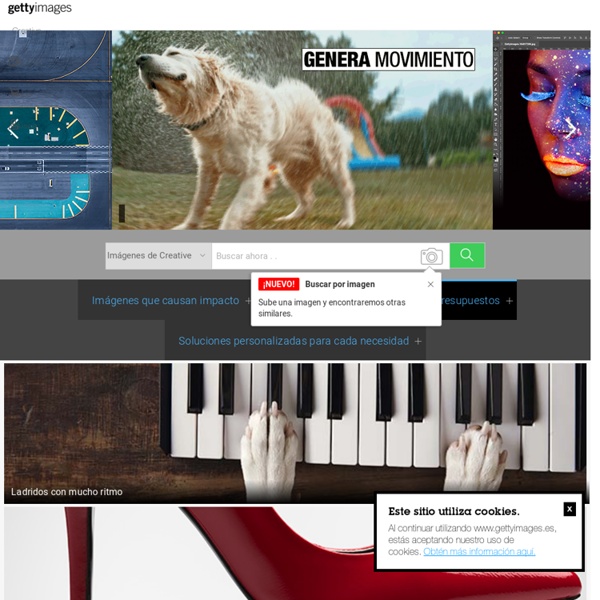 32,000+ Bauhaus Art Objects Made Available Online by Harvard Museum Website You may have first encountered the word Bauhaus as the name of a campy, arty post-punk band that influenced goth music and fashion. But you’ll also know that the band took its name from an even more influential art movement begun in Germany in 1919 by Walter Gropius. The appropriation makes sense; like the band, Bauhaus artists often leaned toward camp—see, for example, their costume parties—and despite their serious commitment, had a sense of humor about their endeavor to radically alter European art and design.

25+ Best Free Landing Page PSD Templates Last modified: July 3, 2014 A showcase of 25+ Best Free Landing Page PSD Templates fully editable PSD format so that you can easily change colors, text, fonts and styles according to your needs. You may be interested: The Ultimate Directory Of Free Image Sources So, you need an image for your blog? We’ve spent some time categorizing our favorite sources for free images and organizing them in such a way as to help you find what you’re looking for. Here are the criteria we’ve examined: Subjects: Does a site focus on specific genres of images, or is it a mass collection of various image types? High Resolution: Lots of great image resources emerged in the pre-Web 2.0 phase, but it wasn’t until bandwidth dramatically increased that allowed for the uploading of much higher resolution images suitable for editing and printing.

Free Downloads: Tons of Vintage Illustrations from the British Library I just stumbled across a link to the British Library's Flickr page, which has over a million (seemingly) copyright free images and illustrations available for browsing and download. The topics range from natural history and scientific illustrations to tons of guys with great looking facial hair... ... to historical branding... ... and plenty of great woodcut type and landscapes and, you know, stuff like this: Lots of cool inspiration and resources for you next project.

1.8 Million Free Works of Art from World-Class Museums: A Meta List of Great Art Available Online Since the first stirrings of the internet, artists and curators have puzzled over what the fluidity of online space would do to the experience of viewing works of art. At a conference on the subject in 2001, Susan Hazan of the Israel Museum wondered whether there is “space for enchantment in a technological world?” She referred to Walter Benjamin’s ruminations on the “potentially liberating phenomenon” of technologically reproduced art, yet also noted that “what was forfeited in this process were the ‘aura’ and the authority of the object containing within it the values of cultural heritage and tradition.” Evaluating a number of online galleries of the time, Hazan found that “the speed with which we are able to access remote museums and pull them up side by side on the screen is alarmingly immediate.”

65+ Free & Premium Photoshop PSD Website Templates Web designing have always been a challenging task for designers. Web designing needs professional skills and creativity to put great ideas of web design in front of the world. It is useful to go through few resources to make the designing job easier. This article is about such resources of Premium and Free Photoshop PSD Website Templates. These website templates belong to amazing graphic designers.

Licensed images made free-to-use through embedded attribution Back in 2012, stock and news photography agency Getty Images embarked on the Watermark Project, which redesigned the way it protected images from being used illegitimately and added a shortlink to make them more useful. Now, it's investing in a new service called IMGembed, which provides an easy and free way for anyone to use a licensed image on their site through HTML embedding, while ensuring creators get credited. For a while now the web has posed a difficult dilemma for content creators — how can they take advantage of the exposure of online sharing while also being able to make money from their product? In the case of photography, it's usually as easy as a right click to own a version of an image found on the web, whether it's copyrighted or not. This is the reason that Getty has now handed over a part of its collection to IMGembed, where users can choose between free or paid premium use. Below is an example of what an embedded photo from the service looks like:

travel.state.gov Skip Navigation U.S. Passports & International Travel passports.state.gov - Information for U.S. citizens traveling and living abroad. 01. Passport Awareness Month Learn more about Passport Awareness Month Read More 02. 30+ Websites to Download Free Photos If you are a blogger looking for free photos to use in your blog posts or a designer looking for free photography to use in your designs, then check out the websites below and you will find the best free stock photos. All of the photos that you will find on the websites below are free to use for commercial purposes, without asking permission or they need attribution so make sure you check before you use a photo. If you enjoyed this post please subscribe. Unsplash Unsplash offers you 10 high-resolution stock photos every 10 days.

Top 15 Websites to Find Free Images For Your Content Marketing Finding an online library stocked with pictures that are of high quality and available to use for free can be a daunting task. All the effort you are putting in selecting your search words seem to only yield images that either vaguely agree with your needs or are completely irrelevant. This can waste a lot of your time and get you really worked up. Minimalist posters explain complex philosophical concepts with basic shapes Sure, and sometimes a swastika is just an ancient Greek, Hindu or Native American symbol. But sadly everything exists in a historical context and, as such, some symbols are charged with more emotional and negative associations than we'd like. Am I the only one who never would have thought "gay" except that it was complained about here? Well, we learn something new every day, right? yes. today, I learned that far to many people are aware and care about symbols, rahter than looking and saying. huh. triangle. pink. minimalism usually fails, and this is an example thereof.