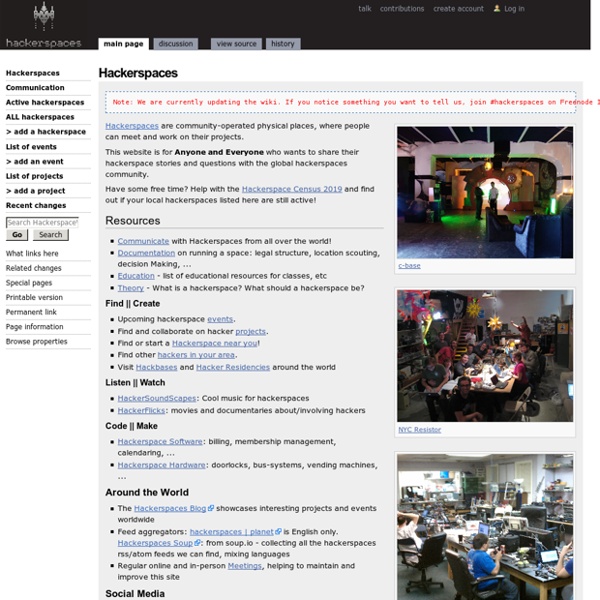 Iterator Pattern Intent: Provide an object which traverses some aggregate structure, abstracting away assumptions about the implementation of that structure. The simplest iterator has a "next element" method, which returns elements in some sequential order until there are no more. More sophisticated iterators might allow several directions and types of movement through a complex structure. Top 15 Open Source/Free Security/Hacking Tools 1. Nmap Nmap (“Network Mapper”) is a free and open source (license) utility for network discovery and security auditing. 80+ Best Free Hacking Tutorials Learning to become hacker is not as easy as learning to become a software developer. I realized this when I started looking for learning resources for simple hacking people do. Even to start doing the simplest hack on own, a hacker requires to have in depth knowledge of multiple topics. Some people recommend minimum knowledge of few programming languages like C, Python, HTML with Unix operating system concepts and networking knowledge is required to start learning hacking techniques.

Hacker ethic While some tenets of hacker ethic were described in other texts like Computer Lib/Dream Machines (1974) by Ted Nelson, Levy appears to have been the first to document both the philosophy and the founders of the philosophy. Levy explains that MIT housed an early IBM 704 computer inside the Electronic Accounting Machinery (EAM) room in 1959. This room became the staging grounds for early hackers, as MIT students from the Tech Model Railroad Club sneaked inside the EAM room after hours to attempt programming the 30-ton, 9-foot-tall (2.7 m) computer. The hacker ethic was described as a "new way of life, with a philosophy, an ethic and a dream". However, the elements of the hacker ethic were not openly debated and discussed; rather they were implicitly accepted and silently agreed upon.[2] The free software movement was born in the early 1980s from followers of the hacker ethic.

White hat (computer security) One of the first instances of an ethical hack being used was a "security evaluation" conducted by the United States Air Force of the Multics operating systems for "potential use as a two-level (secret/top secret) system." Their evaluation found that while Multics was "significantly better than other conventional systems,"[citation needed] it also had "... vulnerabilities in hardware security, software security and procedural security"[citation needed] that could be uncovered with "a relatively low level of effort."[citation needed] The authors performed their tests under a guideline of realism, so that their results would accurately represent the kinds of access that an intruder could potentially achieve. They performed tests that were simple information-gathering exercises, as well as other tests that were outright attacks upon the system that might damage its integrity. Clearly, their audience wanted to know both results.

Iterator Pattern This post will be about the Iterator pattern which is a behavioural pattern. The Purpose The idea behind this pattern is to have an object which you can loop over without needing to know the internal representation of the data. Cheat Engine Features[edit] Cheat Engine can inject code into other processes and as such most anti-virus programs mistake it for a virus. There are versions that avoid this false identification at the cost of many features (those which rely upon code injection). How To Become A Hacker Copyright © 2001 Eric S. Raymond As editor of the Jargon File and author of a few other well-known documents of similar nature, I often get email requests from enthusiastic network newbies asking (in effect) "how can I learn to be a wizardly hacker?".

Hacker (programmer subculture) A team of hackers competing in the CTF competition at DEF CON 17 A hacker is an adherent of the subculture that originally emerged in academia in the 1960s, around the Massachusetts Institute of Technology (MIT)'s Tech Model Railroad Club (TMRC)[1] and MIT Artificial Intelligence Laboratory.[2] A hacker is someone who loves to program or who enjoys playful cleverness, or a combination of the two.[3] The act of engaging in activities (such as programming or other media[4]) in a spirit of playfulness and exploration is termed hacking.