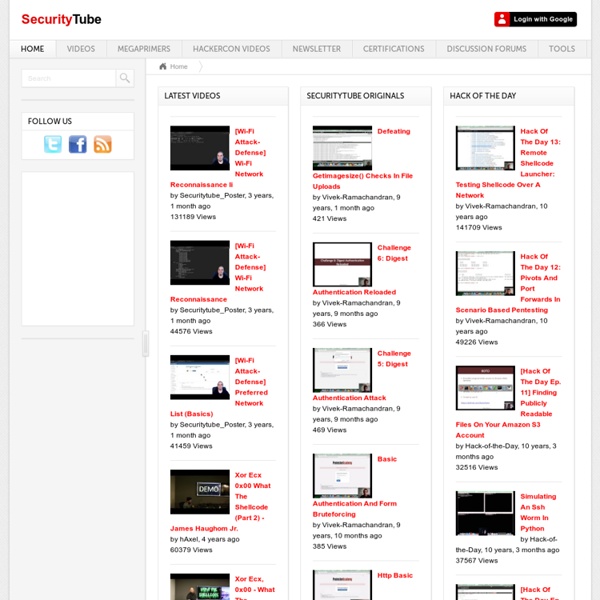 Establishing a Quality Vulnerability Management Program without Wasting Time or Money - Zee Abdelnabi Converge 2016 Establishing a Quality Vulnerability Management Program without Wasting Time or MoneyZee Abdelnabi@Infosec_17">@Infosec_17 • Sell the story to establish your program to management. • Compare Vulnerability Management (VM) tools and learn how to pick the best tool set for your environment. • Determine the scope of devices do you want to include - mobile, employee devices, mainframe, plant floor, medical devices, SCADA? • Evaluate the costs and advantages of paying for Professional Services deployment vs training your team. • Determine the skills and competencies necessary to make a successful team. • Make a complete runbook. • Establish report templates and metrics do you need to show your program is successful. Get the perspective from an experienced former VM consultant who can set you on the right path from day one! Security Researcher | Ethical Hacker | Dedicated security analyst with comprehensive data and telecommunications experience. Video

Descripción de la actualización de las tecnologías de activación de Windows There is an update available to the activation and validation components in Windows Activation Technologies for Windows 7. Windows Activation Technologies helps you confirm that the copy of Windows 7 that is running on your computer is genuine. Additionally, Windows Activation Technologies helps protect against the risks of counterfeit software. Python interface to Microsoft Outlook Web Access Because I telecommute, I'm limited to using my company's webmail interface, Microsoft Outlook Web Access, rather than having direct POP or IMAP access to e-mail. This isn't ideal, for several reasons: Outlook Web Access has a horrendous user interface in any browser other than Internet Explorer. (And I'm on Linux, so I can't use Internet Explorer.) It's hard to search, the icons are unintuitive, it encourages top-posting and doesn't have the basic benefits of a desktop e-mail app, such as spell-checking and address auto-completion. Using webmail forces me to keep a browser window/tab open to check messages.

Cyber Threat Source Descriptions Cyber threats to a control system refer to persons who attempt unauthorized access to a control system device and/or network using a data communications pathway. This access can be directed from within an organization by trusted users or from remote locations by unknown persons using the Internet. Threats to control systems can come from numerous sources, including hostile governments, terrorist groups, disgruntled employees, and malicious intruders. To protect against these threats, it is necessary to create a secure cyber-barrier around the Industrial Control System (ICS). Though other threats exist, including natural disasters, environmental, mechanical failure, and inadvertent actions of an authorized user, this discussion will focus on the deliberate threats mentioned above.

Cracking android lockscreens - Ross Marks SO as you can probably tell from the title, this will be a small tutorial on how to get the password for android devices, specifically if it has a gesture password (see image left of here) For this demonstration I was getting the password for my HTC sensation, using the latest version of Debian. For this to work you need to be able to access the /data/system/gesture.key file on the target device, This is done either with ADB or through a JTAG hardware interface. For this demonstration I'll be using ADB.

How to write a Linux virus in 5 easy steps Note: I posted a follow up to summarise points and comments I receivedas part of the overwhelming feedback to this article. Please read this follow-upbefore (!) posting a comment, since some of what you might want to saymay already have been addressed. For the gist of it... Makeshift Hardware Keylogger Using Shadow Keylogger If you have been on the internet and not living under a rock the last decade you should know what a keylogger is. It is a small application that runs in the background of a computer invisibly and records all keystrokes made on a computer. Some are as advanced enough to capture screenshots, IM logs, video, audio, webcam, etc. but these usually cost alot of money upwards of $100! In this instructable i will explain how to put a freeware keylogger on a flash drive and easily record the keystrokes of the victims computer. NOTE: I am not responsible for what you do with this information. This is intended for learning purposes and use on YOUR OWN computer.

One of the best information security tutorials websites on the net, a great site for experts and newcomers alike. Some real gems here. by numeric Mar 30