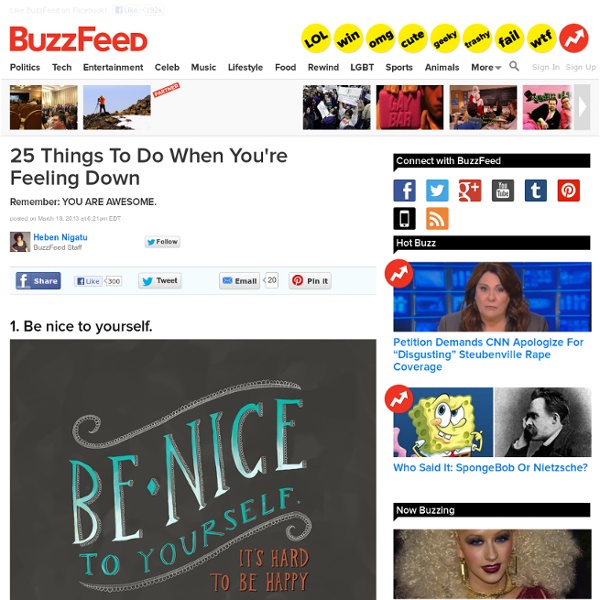 Signs That You’ve Been Abused by a Narcissist Do you recognize that you’re doubting yourself more than you ever have before? Victims of narcissistic abuse often appear uncertain of themselves, constantly seeking clarification that they haven’t made a mistake or misheard something. This reactive adaptation to narcissistic abuse is because the narcissist is ALWAYS finger pointing and shifting blame to YOU for ALL of the ups & downs both in the relationship AND in the narcissist’s personal psyche. Because this relationship has NON EXISTENT boundaries, you will find YOURSELF constantly PUT UPON and FORCED to accept responsibility for things you didn’t do or say. This borrowed humiliation and shame is exactly what the narcissist intends for the victim to take from the narcissist.

Recovering from Trauma Not everyone who endures a traumatic experience is scarred by it; the human psyche has a tremendous capacity for recovery and even growth. Recovering from a traumatic experience requires that the painful emotions be thoroughly processed. Trauma feelings can not be repressed or forgotten. If they are not dealt with directly, the distressing feelings and troubling events replay over and over in the course of a lifetime, creating a condition known as post-traumatic stress disorder .

The Event of a Thread: Anne Hamilton’s Groundbreaking Installation Filmed and Photographed by Paul Octavious It is one of my great regrets that I didn’t head up to New York over the last few weeks to catch Ann Hamilton’s groundbreaking installation, The Event of a Thread, at the Park Avenue Armory. Perhaps the only saving grace of not seeing it in person, or having not covered it on Colossal as coverage bounced around the web, is this gorgeous new video by my friend Paul Octavious who managed to catch a final glimpse of the installation before it closed last weekend. As visually stunning as it appears, I’m certainly left asking… “So what does it all mean!?” 5 Reasons You're A Good Catch And Still SIngle When it comes to dating there are certain number of women who feel that because they are a good catch the relationship gods are being cruel to them. They look around at their friends and loved ones who are happily married or in relationships and think that they have been cursed because they don't have that special someone to share their life with. I can understand.

30 Great Examples of People Doing Nice Things Here are 30 pictures that have been going viral on the internet, and they all have one awesome thing in common: they will restore your faith and hope in humanity and this world of ours. With so many terrible stories in the news lately, we hope this list of acts of kindness puts a huge smile on your face. Check them out.

26 Signs He's Cheating On You - How to Know If Your Boyfriend Is Cheating 1. He tells you he isn't really ready for a relationship early on. Yet he continues to talk to you and lead you on in a way that seems serious. You just go with it because he is cute, seems genuine, gives you attention, and you might just think he'll change and realize you're "the one." Students using their cellphones to learn Do you let your students have their cellphones on in your class or do you ask them to turn them off ? Cellphones have not been well received in the educational arena because they are considered a distracting "toy" . But cellphones are an essencial item in the screen agers' lives. Do you doubt about this statement? Look at the infography below: