Open source is changing the world: join the movement. OpenSCAM. FreeCAD: An Open Source parametric 3D CAD modeler. Documentation. Because LinuxCNC is a global project (with users and developers around the world), there are various places that contain documentation of the LinuxCNC project. 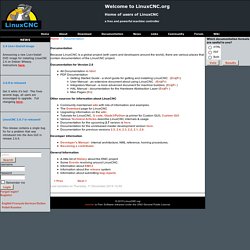 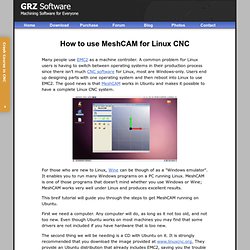 A common problem for Linux users is having to switch between operating systems in their production process since there isn’t much CNC software for Linux, most are Windows-only. Users end up designing parts with one operating system and then reboot into Linux to use EMC2. The good news is that MeshCAM works in Ubuntu and makes it possible to have a complete Linux CNC system.

For those who are new to Linux, Wine can be though of as a "Windows emulator". It enables you to run many Windows programs on a PC running Linux. This breif tutorial will guide you through the steps to get MeshCAM running on Ubuntu. First we need a computer. The second thing we will be needing is a CD with Ubuntu on it. The Linux intallation is explained on the cnclinux.org site. The installation is generally swift and easy. Once Ubuntu is installed on your computer, you need to install Wine. In the search box type ”Wine”. Which is the best free software for generating CNC part program? Per Bj. 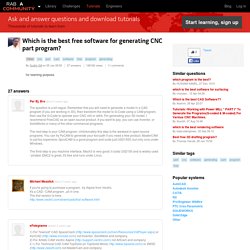 Broabout 3 years ago The question is a bit vague. Remember that you will need to generate a model in a CAD program (if you are working in 3D), then transform the model to G-Code using a CAM program, then use the G-Code to operate your CNC mill or lathe. For generating your 3D model, I recommend FreeCAD as an open source product. If you want to pay, you can use Inventor, or SolidWorks or many of the other commercial programs. Free CAM Software. G-Simple is a simple free CAM program for 3 Axis Machining Centers. 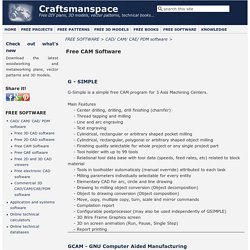 Advertisements Active Directory (AD) is a directory service that developed for Microsoft Windows domain networks and is included in most Windows Server operating systems as a set of processes and services. 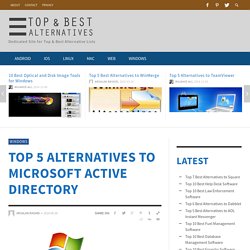 An AD domain controller authenticates and authorizes all users and computer in a Windows domain type network assigning and enforcing security policies for all computers and installing or updating software. For example, when a user logs into a computer that is part of a Windows domain, Active Directory checks the entered password and determines whether the user is a system administrator or normal user. Univention Corporation Server (UCS) Univention Corporation Server (UCS) is a server operating system derived from Debian GNU/Linux with an integrated management system for the central and cross-platform administration of servers, services, clients, desktops and users as well as virtualized computers operated in UCS. Official Website Official Website. Active Directory without Microsoft: An open source alternative to Bill Gates for your home lab.

Guest blogpost by Graham French Graham F French is an IT veteran of almost two decades and specialises in virtualisation and cloud infrastructure technologies. 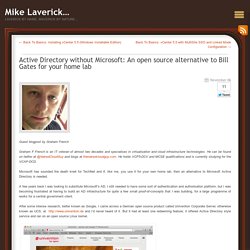 He can be found on twitter at @NakedCloudGuy and blogs at thenakedcloudguy.com. He holds VCP5-DCV and MCSE qualifications and is currently studying for the VCAP-DCD. Microsoft has sounded the death knell for TechNet and if, like me, you use it for your own home lab, then an alternative to Microsoft Active Directory is needed. A few years back I was looking to substitute Microsoft’s AD. After some intense research, better known as Google, I came across a German open source product called Univention Corporate Server, otherwise known as UCS, at and I’d never heard of it. Get it here – Univention unique Active Directory alternative You have a choice of the type of VM to download I downloaded it, put it onto VMware Player and started to learn more about it. That was back in the mid to late 2000’s. Open source is changing the world: join the movement. Community Edition. Home - Mayan EDMS.