The ultimate Introduction to DSLR Filmmaking 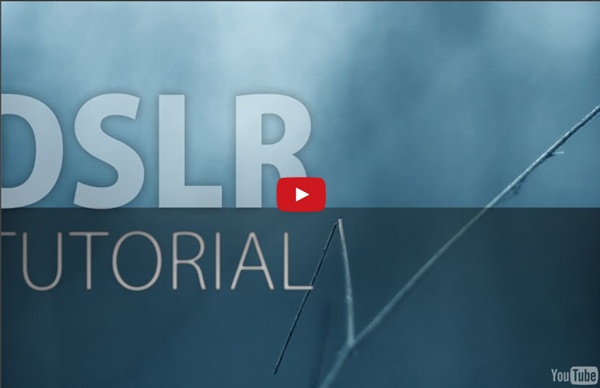 5 Skills That Will Make You a More Valuable Filmmaker There are tons of skills that will make you a better filmmaker, but have found these 5 skills to be invaluable. Here are 5 skills that I like to see in filmmakers I hire or 5 skills he/she is willing to develop. Watch the video above to see all 5 tips and read the conclusion below to see the payoff of mastering these skills. 1. Staging gear is a crucial step in production. 2. This one is huge. 3. I always appreciate a learner’s spirit in assistants and shooters. 4. This skill is GOLD. 5. If you study your boss and learn to meet their needs before they ask, you’ll find yourself on all of their shoots. This post might just sound like a list of ways to suck up to your boss or director, but trust me when I say these skills go far beyond that.

Infographic: How to Avoid Tripping a Breaker with Too Many Lights Working with high-powered lights on standard 15-amp circuits can be tricky business. Luckily, our peeps at Story & Heart are here to help. In this handy-dandy infographic (and the accompanying blog post), the S&H team breaks down the simple calculation that will help you figure out whether or not plugging in that extra 300 watt lamp will trip the breaker, thus costing your production time that could have been better spent, you know, actually shooting things. Check out the infographic below. Essentially, the formula comes down to this: take the number of amps (information that should be clearly displayed inside your breaker box), multiply it out by 120 volts (assuming you're in the US), and the resulting number gives you the maximum wattage that particular circuit can handle. If you want more in-depth explanation of how to judge the capacity of household circuits, head on over to the Story & Heart blog.

Reflective Surfaces Can Ruin Your Shots. Here Are Some Quick Fixes "Reflective surfaces are a pain in the ass," said every filmmaker ever. Say you've just canned a glorious tracking shot. When you go to review the footage, however, you're dismayed to find out that you tracked past three windows, and in every single one of them you can see the dolly and camera crew, the boom operator, and some PA holding coffee that is wandering around like a lost puppy. Almost every filmmaker I know has dealt with this problem in some form or another, and it's one that every up and coming filmmaker will encounter at some point in their lives. But what can you do to get rid of those pesky reflections that can ruin your shots? In my experience, it's always best to have a few different options for cutting reflections readily available to you, because there is no one solution that is perfect for every situation. However, more often than not we're using more than a single source of light in our shots, which means that another solution is necessary.

How to Slate Like a Pro (Plus How You Definitely Shouldn't Slate, Like Ever) Slating is really damn important, particularly when working with dual sound and massive amounts of footage. Here's Tomm from RocketJump Film School to show you the basics of how to do it right, plus some very tangible examples of how not to slate. There are a few things that I would add to the practices in the video. First, if the information is available, always include the clip name/number from your audio recording device on the slate. This little step can make the editor's life so much easier when it comes to matching video clips with the proper external audio. Secondly, it's important to make sure the slate stays roughly the same size in the frame regardless of shot type or focal length. The trick that I've always used for keeping the slate the same size in the frame regardless of focal length is really simple, and it works like a charm. This little formula may change depending on the sensor size you're working with, but for super35, it works like a charm.

How to Light & Shoot a Seamless White Background from Start to Finish A seamless background can make your project look like a million bucks, but lighting one can be a little tricky if you don't know where to start. Zach Arias offers up this lighting tutorial on DEDPXL to show you how to light for a seamless white, black, grey (virtually any color, really) background. If you're a stickler for details like me, one thing you'll appreciate is the utter thoroughness of the lesson. Arias breaks down not only the hows, but the whys behind every creative and technical decision he makes on his set. Check out Part 1 below. (You can also find out more in his blog post here.) Now, not everybody can afford the equipment or the space that Arias is able to utilize in his tutorial, but there are certainly some cheap workarounds that you can use to get the same effect. The key to getting a nice seamless background is starting out with a background that can be made to look seamless in the first place (no wrinkles).

Is It Smoky in Here? Shane Hurlbut Shows How to Use Smoke to Achieve Different Lighting Goals Say what you will about Shane Hurlbut, but there aren't too many professional Directors of Photography who take the time out of their crazy schedules to try to give back to the community. Shane's most recent work that we've covered here was the Canon-sponsored film "The Ticket," shot in 4K on the Canon 1D C. While I saw that film at NAB (and wasn't too crazy about the quality of the footage coming out of that camera), it doesn't take away from the fact that he's a professional DP who knows a thing or two about lighting. In his newest blog post, he gives a good run-down on how to use smoke to achieve different lighting goals. 1. 2. 3. 4. I had the chance a few months ago to help out on reshoots for a short film. Something as simple as smoke can completely change the mood of a scene, and affect the way the audience perceives it. Do any of you like using smoke in your shoots? [via Hurlbut Visuals]

A Cheap & Easy Way to Create a Professional-Looking Infinite Black Backdrop Here's a cheap, simple, and professional-looking technique to add to your arsenal -- the infinite black background. Because its visuals add a level of surrealism and style, we've seen this used in music videos, dream sequences in narrative films, art films, you name it -- and chances are if you're not wondering how to pull it off, it's because your curiosity has already led you to find the answer. Filmmaker Lewis McGregor shares his insight into how to create this effect inexpensively and simply by using black material, three lights, and editing software. (No need for a huge soundstage!) If you're just starting out in filmmaking and haven't learned much about lighting and/or editing, then the technique McGregor uses is right up your alley -- especially if you don't have the cash or space, but need your project to look professional. Is there a simpler/cheaper way to pull off this technique? [via UglyMcGregor & Indie Tips]

Shoot Hazy and Ethereal Photos Using a Sandwich Bag and Colored Markers Photographer Jesse David McGrady has a super simple trick for adding a hazy, ethereal effect to your photographs: wrap a plastic sandwich bag around your lens. It sounds ridiculous and silly, but the results you get are actually quite nice! First, find yourself a sandwich bag — those thing plastic bags that you carry sandwiches around in. On the closed side of the bag, use your hands to tear a hole. Don’t use scissors, since you’ll want the edges to be rough, uneven, and slightly random. Take the open end of the bag and slide it over your camera lens, with the hole end extending a little past the end of your lens. Voila! Okay, a sample photograph of an empty smoothie glass is a bit lame, but check out what McGrady has been able to do using this “hack”: To customize the look you get, you can take a colored pen and draw over the plastic bag, adding color to certain parts. You can find more of McGrady’s photographs shot using this trick/technique/hack here and here.

3 Isn't a Crowd, but You Can Make It Look Like It Is with These Cinematography Tricks What do wild parties, college lectures, massive armies, and zombie hordes have in common? If you're a filmmaker, they all require a ton of extras. But not everyone has a big enough budget or network to acquire them, which can be pretty stressful considering that at some point in your filmmaking journey, you're going to want/need to shoot a scene that requires a crowd. That's why it's crucial for every indie filmmaker to learn how to trick your audience into thinking that your five roommates (god help you) are actually a throng of wasted co-eds thrashing to EDM -- or whatever your scene calls for. This video from our buddies at Film Riot offers some techniques on how to do this both in-camera with clever blocking and camera settings, as well as in post by compositing multiple shots of the same extras. That technique is great if you want to show your crowd in an extreme wide shot, but you're eventually going to have to get in close. Group your extras close together Shoot with a long lens

How-to: Freelensing The era of digital sensors has created a pervading fear of dust among photographers. Many shooters try not to change lenses except when they have to, and they pale at the thought of a gaping-open lens mount. But sometimes it's worth throwing caution to the wind. Often times I find the wrong way to use my equipment is the best way. What's striking about the image below? OK, more than anything else, it's Claudia herself. There are numerous ways to achieve similar effects in photography from tilt-shift lenses to Lensbabies, which rely on the simple optical trick of bending your lens at tilted angles relative to your sensor. Freelensing while hair-spray is flying around increases risk, but anything for the shot, right? When freelensing, the lens is not very far from the camera. Quick tips: 1. 2. 3. One important caveat with freelensing is that this technique uses your camera in a way it's not meant to be used, meaning that different systems will have very different ways of pulling this off.