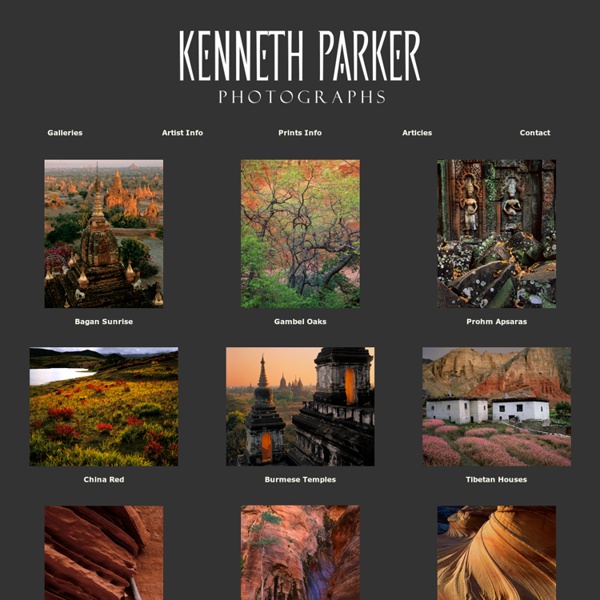 A Chronicle of French Hipsters A Chronicle of French Hipsters Posted by Morrison Conway on August 6, 2012 · 74 Comments Theo Gosselin is an amateur photographer from Paris. Organic Lawn Care For the Cheap and Lazy Lawn care in a nutshell: Must do: Set your mower as high as it will go (3 to 4 inches). Water only when your grass shows signs of drought stress and then water deeply (put a cup in your sprinkler zone and make sure it gets at least an inch of water). Optional: Fertilize with an organic fertilizer in the fall and spring.

Early 1900s in Colour - All around the world All around the world - Franny Wentzel - Thursday, May 6th, 2010 : goo [previous] :: [next] In the early part of the 20th century French-Jewish capitalist Albert Kahn set about to collect a photographic record of the world, the images were held in an 'Archive of the Planet'. Before the 1929 stock market crash he was able to amass a collection of 180,000 metres of b/w film and more than 72,000 autochrome plates, the first industrial process for true colour photography www.albert-kahn.fr/english/ Autochrome was the first industrial process for true colour photography.

Saul Leiter - Saul Leiter: 1950-60s color and black-and-white Saul Leiter started shooting color and black-and-white street photography in New York in the 1940s. He had no formal training in photography, but the genius of his early work was quickly acknowledged by Edward Steichen, who included Leiter in two important MoMA shows in the 1950s. MoMA’s 1957 conference “Experimental Photography in Color” featured 20 color photographs by Leiter. After that, however, Leiter's personal color photography was, for the most part, not shared with the public. He became better-known as a successful fashion photographer in the 1950s and 60s. All the while, Leiter continued to stroll the streets wherever he was (mostly New York and Paris), making photographs for his own pleasure.

Flash in the Pan I haven't purchased garlic since 1996. That's because I grow enough to eat a bulb of garlic every day, year-round. While most of my garden adventures are hobby-level attempts at self-sufficiency, my garlic crop is for real. Garlic is an overwintering crop, planted in fall and harvested mid-summer. So if you want to have a crop next year, it's time to think about planting.

Photographer's Girlfriend Leads Him Around the World My Modern Metropolis Photographer's Girlfriend Leads Him Around the World Photographer Murad Osmann creatively documents his travels around the world with his girlfriend leading the way in his ongoing series known as Follow Me To. 21 Roads to Drive Before you Die There’s nothing like a road trip to really experience a country. From coastal highways and dizzying mountain passes, to scenic routes through national parks and bridges over great spans of water; roads are the circulatory system that connects a country. After an extensive search online, the Sifter has compiled a list of some of the most beautiful, challenging and unforgettable roads in the world. While hardly exhaustive, this list should provide great inspiration and bucket list fodder for those planning an upcoming trip. Please feel free to share any additional roads in the comments and perhaps a pt II will be compiled :)