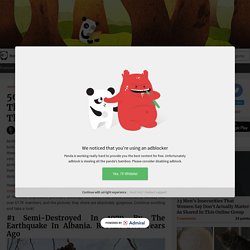 When you look at a structure, you can distinguish these two ends but they cannot be separated, and the relative weight each of them carry can vary widely. Plus, every society has its own, unique relationship to the natural world and its architecture usually reflects that as well, allowing people from other places to learn about their environment, as well as history, ceremonies, artistic sensibility, and many aspects of daily life. However, architecture is better seen, not described.

So, let me introduce you to "the beautiful impossibilities that we want to live in", a subreddit dedicated to high-quality images of some of the most impressive (concept) buildings out there. This online community already has over 617K members, and the pictures they share are absolutely gorgeous. Moscow digs out from a ‘snow apocalypse.’ And more is coming. Hole n" the Rock – Monticello, Utah - Atlas Obscura. 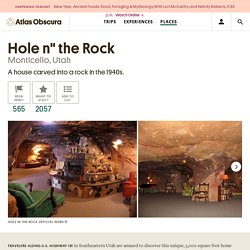 Highway 191 in Southeastern Utah are amazed to discover this unique, 5,000 square foot home carved directly into a rock. Albert Christensen began construction of his rock home in the 1940s, digging, carving, and blasting for 12 years before moving his family in and opening a unique diner for desert passersby. Though Albert died in the late 50s, his wife Gladys continued to live in the rock and run the diner for many years. In 2020, We Were There: The Year’s 13 Most Popular Dispatches. As in more typical years, our correspondents in 2020 sent dispatches from some of the world’s most far-flung, hard-to-access and downright dangerous places — from the deep chill of Siberia to the blazing heat of the Australian Outback; from the wilds of a jaguar preserve in Argentina to the inside of an armored personnel carrier crowded with French Foreign Legion troops in Mali. 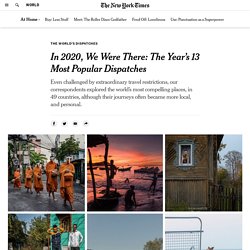 But 2020 was no ordinary year. With travel restrictions to fight the pandemic imposed almost everywhere, our correspondents had to be more inventive. Instead of getting on a plane — or a boat to a drowning island — they often set off on more local journeys to convey in intensely personal writing how the countries, cities and neighborhoods they called home were experiencing a devastating health crisis. In Sydney, Damien Cave dove underwater to report on spearfishing’s appeal in Australia during a pandemic.

Revisiting the Unseen Corners of the World. They’re Among the World’s Oldest Living Things. The Climate Crisis Is Killing Them. Sequoia Crest, Calif. — Until a few years ago, about the only thing that killed an old-growth giant sequoia was old age. 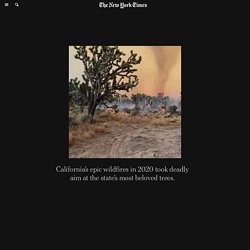 Not only are they the biggest of the world’s trees, by volume — the General Sherman Tree, considered the largest, is 36 feet in diameter at its base and 275 feet tall — they are among the oldest. At least one fallen giant sequoia was estimated to have been more than 3,200 years old. They last so long that, historically, only one or two of every thousand old-growth trees dies annually, according to Nate Stephenson, a research ecologist for the United States Geological Survey. Fire always was a frequent visitor to sequoia groves, but rarely a threat.

Mature sequoias are virtually fireproof because the bark can be several feet thick. Until now. – Tune Into Forests From Around The World. A map and almost 100 photos of Tucson's beautiful murals. Alaska Travel Guide. Excerpt from Bob H. Reinhardt’s Struggle on the North Santiam. Photos: Scenes From New Zealand. 14 Bizarre And Fascinating Facts About Life In Norway You Probably Didn't Know. It's always fun to learn something new about different cultures and traditions—be it an exotic island with just a few inhabitants, or a wealthy European country with over 5 million citizens. 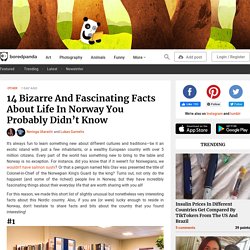 A 30-Mile Rafting Trip Through Alaska’s Tongass National Forest. At the onset of the coronavirus pandemic, with travel restrictions in place worldwide, we launched a new series — The World Through a Lens — in which photojournalists help transport you, virtually, to some of our planet’s most beautiful and intriguing places. 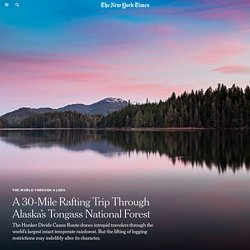 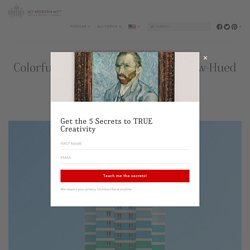 While many consider the urban landscape a drab environment, Torun thinks differently. The Turkish photographer, who studied architecture, spends his time wandering the streets of Istanbul to find unique examples of rainbow-hued buildings and prove that urban living can be colorful. Fairytale Fantasy Photography Highlighting Untouched Beauty the World. For the past several years, TJ Drysdale and Victoria Yore have explored the world and depicted gorgeous locales in fairytale-like scenes. 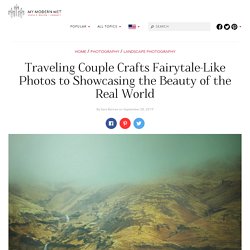 Through their ongoing Follow Me Away travel project, the couple has chronicled their adventures in Peru, Iceland, Oregon, and throughout Europe. The impressive photos feature Yore as the model as she dons a flowing dress and fanciful cape. They also showcase her sense of adventure as she traverses the bases of epic waterfalls, sites of abandoned buildings, and green cliffs overlooking the ocean. Drysdale and Yore are typically on the go, but they've pumped the brakes on constant Follow Me Away travel to create quality photographs rather than quantity. So far, they've taken two of four trips this year with plans to go to Italy and Paris. Sheep shearing on island - Maine click 2x.

With travel restrictions in place worldwide, we’ve launched a new series, The World Through a Lens, in which photojournalists help transport you, virtually, to some of our planet’s most beautiful and intriguing places. 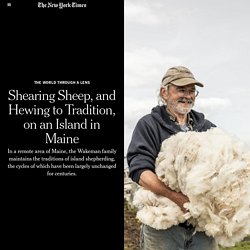 His wife, Eleni, works full-time as a speech-language pathologist and the assistant fire chief for the local volunteer fire department. Hike in the Dolomites click 2x. With travel restrictions in place worldwide, we’ve launched a new series, The World Through a Lens, in which photojournalists help transport you, virtually, to some of our planet’s most beautiful and intriguing places. 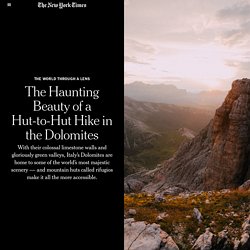 This week, Mónica R. Goya shares a series of photographs taken on an extended hike through the Dolomites. A walk through time at Silver Falls - , OR. On a single hike through Silver Falls State Park’s forested canyon you can visit 10 spectacular waterfalls, five of them more than 100 feet tall. The path even leads through mossy caverns behind the falls’ shimmering silver curtains.

The huge park east of Salem is now open to hikers and picnickers, although the campground and visitor center remain closed. Top 10 Sculpture Parks Around the World to View Public Sculpture. We often think of art viewing as an indoor experience, moving through museums and galleries to experience painting and sculpture. But some of the best art can be seen blended with nature. Sculpture gardens, or sculpture parks, have a long history. For centuries collectors and artists have brought together monumental sculpture and placed it against nature, with institutions finding the allure of art and environment and attractive calling card for visitors. Across the world, the best sculpture parks encourage viewers to fan out, mill the grounds and stumble upon incredible works of art. Typically focused on modernist and contemporary artists, most have both permanent collections and a set of rotating exhibitions for a different experience year round.

The best sculptures parks around the world let you enjoy world-class art while strolling in nature. 5 reasons you need to visit Islay. Stunning China (UNESCO World Heritage Sites of Guilin and Yangshuo in China) 10 Amazing Natural World Heritage Sites - Must See. UNESCO World Heritage Centre. This Man is an Island. Derinkuyu: The Tumultuous History of Turkey's Underground City. Derinkuyu is the deepest excavated underground city in Cappadocia in the Central Anatolia region of Turkey. A beautiful natural wonder with impressive fairy chimneys and eroded caverns, Cappadocia is an amazing geological spectacle.

It is also riddled with extensive subterranean dwellings and secret tunnel passages that various people utilized for shelter across the centuries. There are hundreds of these homes in the region, and Derinkuyu is the most famous. At a depth of more than 250 feet with a capacity of up to 20,000 people, this multi-leveled city contained everything an entire population would need to survive a history riddled with invasions. This Derinkuyu map shows only a few levels of the 18 level complex. (1) Tasha Tudor's Garden. Notre Dame Cathedral before, after, and during blaze.

Vietnam’s Newly Opened Pedestrian Bridge Lifts Visitors with a Pair of Giant Weathered Hands. Against All Odds, England's Massive Chalk Horse Has Survived 3,000 Years. On location: six walking trails made famous in TV and film. Shetland. Aerial Photographs Explore the Unique Geometric Patterns of Coastal Barcelona. Secrets of NYC’s Five Boroughs click 2x. 13 Beautiful Botanical Gardens Where It's Easy to Lose Yourself. Archaeologists in Pompeii Have Discovered an 'Enchanted' Shrine Covered in Gorgeously Preserved Frescoes. Pompeii is the city that keeps on giving. The Great Wall of India. MOUNT RUSHMORE. A nice day on the boat in Norway : pics. 25 Captivating Pictures of Street Scenes Around the World. Taking Cactus Portraits In the Summer In Arizona – A. D. McCormick.

Ocean Calling—Documenting the Laid-Back Beauty of Half Moon Bay, in Photos. Most Unique Place to Spend the Night in Every State (PHOTOS) Whether you are looking to go camping in a beautiful National Park, sleep in a treehouse, or scuba dive to your bed underwater, America is full of unique hotels and resorts, all offering some fun and exciting ways to spend the night. Jerusalem syndrome. Aerial Photos Show Kotisaari Island Across Four Seasons. The Roald Dahl Museum and Story Centre. Norway. Remote cabin. Nine mile canyon petrographs click 2x.

How The Fukushima Exclusion Zone Was Swallowed By Nature. Polish photographer Arkadiusz Podniesinski travelled to the site of the Fukushima nuclear disaster last month to see the location with his own eyes. When he obtained permits to enter the roughly 20km (12.5 mile) Exclusion Zone, he was confronted with a scene similar to one from a post apocalyptic film. Podniesinski previously photographed the area around the 1986 Chernobyl nuclear disaster. Show Full Text “It is not earthquakes or tsunami that are to blame for the disaster at the Fukushima Daiichi nuclear power station, but humans,” writes Podniesinski on his website.