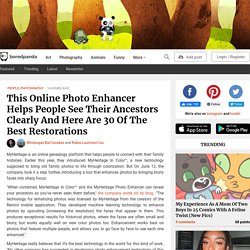 Earlier this year, they introduced MyHeritage In Color™, a new technology supposed to bring old family photos to life through colorization. But On June 12, the company took it a step further, introducing a tool that enhances photos by bringing blurry faces into sharp focus. The Indestructible Lee Miller. The lives of Lee Miller. The man who remembers everything. Girl Asks People To Send Their Selfies To Their Moms Without Any Context, 30 Share The Responses They Got. You will always be your mom’s special little angel. 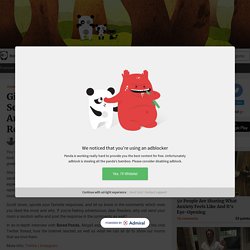 And no matter how awkward you might look in a photograph, your mom will always compliment you and tell you that you look great. Or nearly almost always. That’s the theory that Abigail Sanders has. She started a Twitter thread where she invited people to take “Facebook mom style” selfies, send them to their moms, and then post their responses. LeeMiller. Helene Schmitz. Bing™ Wallpaper Gallery. 89 Of The Funniest Protest Signs Ever. Protests happen every day (especially recently in the USA) and while we can all agree that they are necessary and often effective when promoting social change, they can be very intense and tiring. 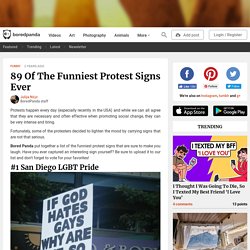 Fortunately, some of the protesters decided to lighten the mood by carrying signs that are not that serious. Bored Panda put together a list of the funniest protest signs that are sure to make you laugh. Have you ever captured an interesting sign yourself? Be sure to upload it to our list and don't forget to vote for your favorites! REMOVED - Photographs by American Artist Eric Pickersgill. Simon Annand Photo Exhibition. Stompie: The Mandela Way T-34 Tank. Urban Weed Awards Crown Unwanted Plants with Superlatives. Hasselblad-Moon. The Swiss City That’s Full of Cat Ladders. Mythical Creatures and Greek Gods Leap From Waves Captured off the South Coast of England. Shopkeepers Around the World, Photographed With Their Wares. Eye-Opening Entries From the 2019 National Geographic Travel Photo Contest. America’s Grandest Movie Palaces Find Strange New Lives. SÃOTOMÉ, AFRICA, PHOTOGRAPHY - recrea33. Aerial Photographs Explore the Unique Geometric Patterns of Coastal Barcelona. 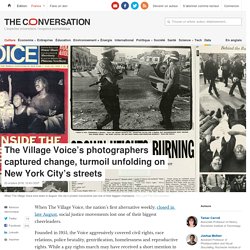 Founded in 1955, the Voice aggressively covered civil rights, race relations, police brutality, gentrification, homelessness and reproductive rights. While a gay rights march may have received a short mention in The New York Times, that same demonstration would get front page treatment in the Voice. The Voice played a particularly important role in promoting and publishing social documentary photography.

This photographer is taking the last photos of dying species. On Tuesday at the Berlin Zoo, a black-mantled tamarin–a small, dark, serious-looking monkey that lives in the northwestern Amazon in the wild–climbed into a small photo tent to pose for a portrait. 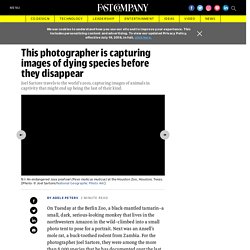 Next was an Ansell’s mole rat, a buck-toothed rodent from Zambia. For the photographer Joel Sartore, they were among the more than 8,000 species that he has documented over the last 13 years. His goal: to photograph every species living in the world’s zoos and wildlife sanctuaries, many of which risk extinction. In 1900, Photographing an Entire Train Required the World’s Biggest Camera. In 1899, the Chicago & Alton Railway company introduced the Alton Limited, “the handsomest train in the world,” to run an express service between Chicago and St. 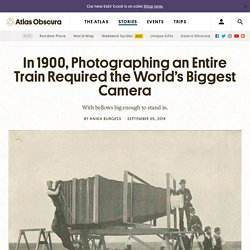 Louis. It consisted of six Pullman cars built in perfect symmetry: every car was the same length and height, and every window identical. A Surreal, Pastel Perspective on the World’s Largest Salt Flat. Photographer Navina Khatib’s trip to the world’s largest salt flat—Salar de Uyuni in southwestern Bolivia—in 2011 was a surreal experience. “Everything there is just otherworldly—the smell of sulfur, the profound silence, the thin air, the magical bright colors. When you are in the middle of it, you can turn yourself 360 degrees and see nothing but the horizon,” she says, by email. “It’s a unique and magical place and has stayed with me ever since.” A Photographer’s Journey Through the Heart of UFO Country. State Route 375 is a barren stretch of Nevada highway that runs near the top-secret U.S. 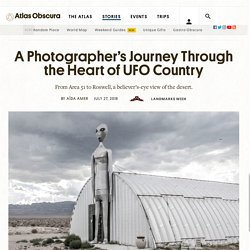 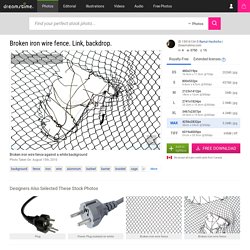 It is an additional license to the usage included within the regular Royalty-Free / Editorial license that awards rights for a single person within the same company. The U-EL license is applied only for the staff of the organization that holds the account. The number of copies allowed is unlimited for each designer/employee. Web Usage (W-EL) Electronic Items for Resale/Distribution: this license includes the right to use the media in webtemplates that are sold to more customers, screensavers, e-cards, powerpoint presentations or as wallpapers on cell phones. Print usage (P-EL) The Museum of Selfies. Never-Before-Seen Images Reveal How The Fukushima Exclusion Zone Was Swallowed By Nature. Polish photographer Arkadiusz Podniesinski travelled to the site of the Fukushima nuclear disaster last month to see the location with his own eyes. 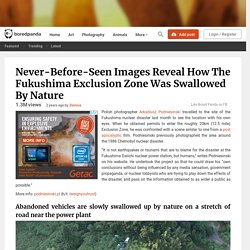 When he obtained permits to enter the roughly 20km (12.5 mile) Exclusion Zone, he was confronted with a scene similar to one from a post apocalyptic film. Podniesinski previously photographed the area around the 1986 Chernobyl nuclear disaster. Show Full Text “It is not earthquakes or tsunami that are to blame for the disaster at the Fukushima Daiichi nuclear power station, but humans,” writes Podniesinski on his website. Microsoft Photosynth has been shut down – Photosynth Blog. 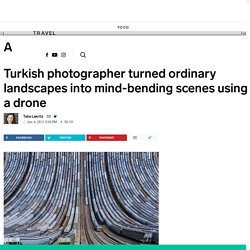 Then, he decided to photograph it. By compiling 18 to 20 drone photos into a single image, Büyüktaş turned farmland, country roads, and even parking lots into inverted, multi-dimensional landscapes reminiscent of stomach-churning roller coaster drops. Lighthouses of South Korea: Sacheon and Namhae Area. This page covers lighthouses of Sacheon City, Namhae County, and Hadong County in southwestern Gyeongsangnam (South Gyeongsang) province on South Korea's south coast. Sacheon is a city on the mainland, while Namhae County includes the major islands of Namhae and Changseon and many smaller islands just offshore from Sacheon. Hadong is a mainland county to the west of Sacheon; it has only a short coastline. This coast faces the Korea Strait, which connects the East Sea (commonly called the Sea of Japan in the West) to the East China Sea. It is an intricate and rocky coast, with numerous islands of all sizes offshore. Although there are several famous and historic lighthouses on this coast, many of the more modern lights are not well known.