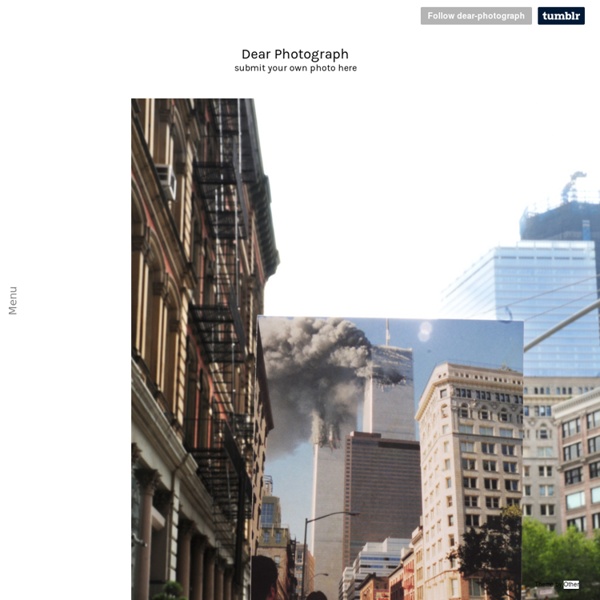 This past October, Dear Photograph and About Time had a contest to give away a trip to anywhere in the world for people who sent in a Dear Photograph related to love or their family. Once our winner Jennifer found out she won she told me in an email it was the best day of her life because a day before she found out the adoption papers for their new child went through. Jennifer just sent me an email linked to a blog post to their trip they went on to Turks & Caicos in March. Looks like they made a few new memories and an unforgettable trip of a lifetime. Not only has Dear Photograph given me so many amazing opportunities, it’s given me a different outlook on life. And for that I can be forever thankful.

Still Looking For Paradise? Maldives - justpaste.it Double chain of twenty-six atolls… The Republic of Maldives, or simply the Maldives, is an island nation in the Indian Ocean. It consists of approximately 1,190 coral islands grouped in a double chain of 26 atolls, along the north-south direction, spread over roughly 90,000 square kilometers, making this one of the most disparate countries in the world. The atolls are composed of live coral reefs and sand bars, situated atop a submarine ridge 960 kilometers long that rises abruptly from the depths of the Indian Ocean and runs from north to south. Crystal clear waters, beautiful white sand beaches, swaying palm trees and fabulous dive sites – that’s why the Maldives, is known for being one of the best tropical holiday destinations in the world.

106 of the most beloved Street Art Photos - Year 2010 More info. More info. More Banksy on Street Art Utopia. More info. More 3D on Street Art Utopia. More of this on streetartutopia.com. SOFEX: The Business of War - Part 1 The Dillon Aero M134D Gatling Gun, a “six-barreled, electrically driven machine gun chambered in 7.62mm NATO that fires at a fixed rate of 3,000 shots per minute.” It was one of countless killing machines featured at SOFEX. Photo courtesy of Dillon Aero. “You know, it’s weird, man. It’s like everybody’s real cordial with each other. But, at the end of the day, we’re, like, buying weapons to destroy each other. Pictures of Moments Speak More than Thousand Words...... - StumbleUpon Picture can speak thousands of words. Random pictures of insignificant moments always been the most important and most valuable. Photographers and painters beautifully imprint huge number of events, objects and types. Some do it by accident on the momentary desire.

Elasty - Mobile Phone Cover by Yoori Koo & Yanko Design Simple Slits for Phones This design rings home a bell because right this minute, the inside flap of my iPhone case has a sticky-note to-do list stuck to it! If it was not enough to expect zillions of functions from our smartphones, apparently now their protective covers need to come handy too! This clever silicone rubber case has five slits that are good enough to tuck in bills, pen, stylus or credit cards. Elasty is an awesome thought and has even won the Korean Belkin Design Awards! Eyjafjallajökull Photos by Skarphéðinn Þráinsson : SITEAnd by Marco Fulle : SITE Photos by Skarphéðinn Þráinsson : SITEAnd by Marco Fulle : SITE The Great Geek Manual & The World's Most Beautiful Libraries I make no secret of the fact that I’m a hardcore bibliophile, but we’re a common enough lot these day. And the one sight that always makes me linger over a webpage is rows and rows of neatly organized books. So, in an effort to draw more like-minded read here to my little blog, I decided to round-up a gallery of photos of some of the most beautiful libraries I’ve ever seen photos of. Enjoy. If you enjoy this gallery, make sure you check out our other list of The United States’ Most Beautiful Libraries! Abbey Library St.

Japanese Dance Team Illuminates the Floor In TRON Suit Japanese dance crew , Wrecking Crew Orchestra got talent, Rock the floor in TRON-suit routine that is sure to make your day wow. This viral dance video shows you how LED lights with innovative control can amaze an audience. The song feature in the background is "Arena (2010 film)" from the Grammy Award-nominated soundtrack, "Tron: Legacy,". It also features music from award winning DJ/producer, David Guetta, French electro house duo, Justice, Italian DJ/producers, Crookers and English dubstep DJ/producer, Flux Pavilion. This eight-man dance team is able to control light, perform tricks and choreography without ever missing a beat. National Geographic Photo Contest 2011 - Alan Taylor - In Focus - The Atlantic - StumbleUpon National Geographic is currently holding its annual photo contest, with the deadline for submissions coming up on November 30. For the past nine weeks, the society has been gathering and presenting galleries of submissions, encouraging readers to vote for them as well. National Geographic was kind enough to let me choose among its entries from 2011 for display here on In Focus. Gathered below are 45 images from the three categories of People, Places, and Nature, with captions written by the individual photographers. [45 photos] Use j/k keys or ←/→ to navigate Choose:

Easy Drink - Bottle Redesign by Hsu Hsiang-Min, Liu Nai-Wen & Chen Yu-Hsin & Yanko Design The 45-Degree Neck What will happen if we shift the mouth of the bottle from the top to a 45-degree angle? You may not be able to fill it to the brim, and drinking from it may be a bit weird, but filling the bottle from a water cooler or fountain will surely become easy. This simple placement difference can do a heck lot for the packaging design and I think it’s radical and awesome. Designers: Hsu Hsiang-Min, Liu Nai-Wen & Chen Yu-Hsin

Photography School adorama.com Adorama Photography TV presents the Canon EOS-6D. Rich is back from Vegas and eager to share his experience with this great new Digital SLR from Canon.