Why Oliver Stone’s JFK is the greatest lie Hollywood ever told. A Movement of Vindictive Hatred Is Tearing Down America’s Statues. Mayors, Generals, and Journalists Vie for Most Dishonorable Response to Nation’s Crisis. Facebook and Google Congressional Hearings: Meaningless Resolve and Phony Apologies. In 2018, I was offered the opportunity to share important information regarding surveillance and data-mining business practices employed by Facebook and Google with the Senate and House Judiciary committees. 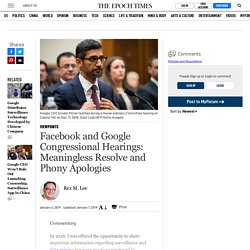 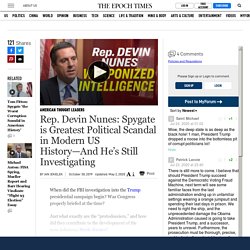 Was Congress properly briefed at the time? Just what exactly are the “protodossiers,” and how did they contribute to the development of the now-infamous Steele dossier? In Critical Race Theory, White Self-Flagellation Is the Only Choice. If you are white, have you taken a knee? 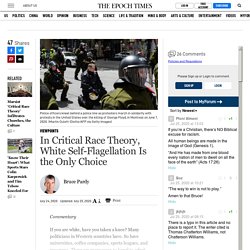 Many politicians in Western countries have. Unchaining Demons: Critical Race Theorists and Progressive Activists Revive One of Humanity’s Worst Ideas. Since the beginning of the “1619 Riots” following the death of George Floyd, the ideas of critical race theory, “systemic racism,” and white privilege have taken mainstream America by storm. 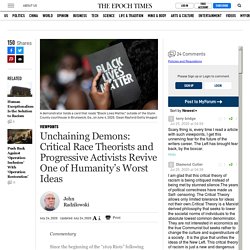 In university lecture halls, grade schools, sports arenas, and corporate boardrooms, progressive activists, especially those associated with the Black Lives Matter (BLM) movement, now demand a wholesale reordering of American life and a nihilistic erasure of American history and culture. Those who oppose any element of this movement or express any qualms about its tactics or motives are deemed “white supremacists.” Far from ending racism, however, BLM and its allies are fomenting racial hatred. Robin DiAngelo’s “White Fragility,” the handbook of the racial left, espouses a new version of scientific racism, a set of ideas whose first incarnation led to the most horrific events of modern history.

Scientific Racism. Human Exceptionalism Is the Solution to Racism. The cause of racial equality has advanced exponentially since I was a boy. 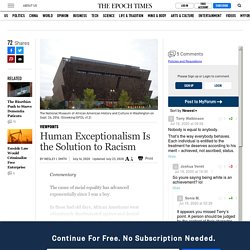 In those bad old days, African Americans were ubiquitously discriminated against and denied equal opportunity—sometimes by law, often by custom—based simply on the color of their skin. The harm caused to individuals and families was unquestionable and unquantifiable. As the Supreme Court ruling in Brown v. Push Back Against ‘Operation Inclusion’ With ‘Operation Restoration’ Our Educational System Makes US Land of Useful Idiots. When I was young and just arrived in Los Angeles to make my way in the movie business, a friend, a recent graduate of UCLA film school, was writing a screenplay improbably entitled “Stalin’s Children.” 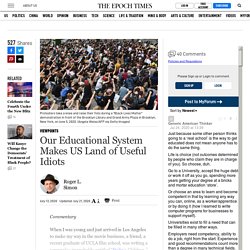 It was a sympathetic view of the struggles of the young people of that time (1969–70) still devoted to Comrade Stalin, if you can believe that. (Well, maybe now you can.) Not surprisingly, the script was unreadable and I don’t recall making it beyond page 10, but I’ve been thinking about it recently for its prescience. The author was no threat to John Huston or Francis Ford Coppola, to put it mildly, but he was a progenitor of something relatively rare in those days but becoming pervasive today: the “useful idiot,” American style.

Sometimes attributed to V.I. The Dehumanization of Blacks. Beware the Social Justice Hackers. When I was 13 years old, I learned about computers. 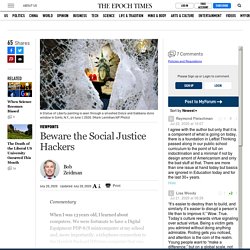 Steele’s Primary Source Was Russian Analyst Based in Washington. FBI Investigating Chinese Espionage in All 50 States. FBI Director Christopher Wray revealed on July 18 that the FBI is investigating Chinese economic espionage cases in all 50 U.S. states, and that China is regarded as the “most significant” long-term threat to the United States. 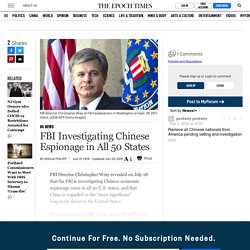 Wray, speaking to NBC at the Aspen Ideas Forum on July 18, said Chinese espionage “covers everything from corn seeds in Iowa to wind turbines in Massachusetts and everything in between.” The Chinese Communist Party (CCP) is using a set of unconventional warfare methods against the United States, designed to achieve the goals of war without the need for troop-on-troop combat. This includes subversive methods to infiltrate and undermine U.S. institutions, propaganda operations to alter public perception, economic warfare programs to steal from the U.S. economy, and more. Many of these strategies were outlined in a 1999 Chinese military book, “Unrestricted Warfare.” House Intelligence Committee Chairman Rep. 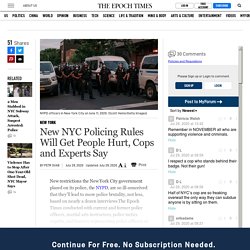 The new city law criminalizes several safe, nonviolent martial arts techniques used by police around the country and the world to subdue resisting subjects, according to experts. Police will thus have to resort to other methods that are often more violent and put both the officers and the people they attempt to arrest in greater danger. “Every single one of them [arrests] in which the police is successful … included momentary, at the very least, pressure on the diaphragm of the subject,” said Gracie, who routinely analyzes use-of-force incidents and recommends how to handle them better. Surge in Crime. FAKE NEWS: Media Blames Trump For Refusing to Hold Portrait Unveiling for Obama. On Tuesday, NBC News learned that Barack Obama is refusing to participate in the ceremony for the unveiling of his official White House portrait as long as Trump is in office. 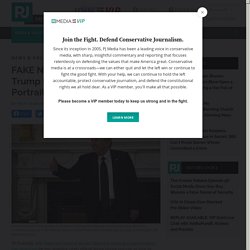 Yet, media outlets that covered the story after NBC’s initial report had an entirely different spin on it. “Trump is refusing to unveil Obama’s portrait at the White House, breaking a 40-year tradition,” reads the headline at Business Insider. Other outlets, in various ways, attempted to pin the blame on Trump for the ceremony not being held. “Report: Trump won’t unveil Obama’s official White House portrait anytime soon,” claimed USA Today. The West Needs to Come to Terms With the Disaster of China’s Entry Into the WTO: Expert. Basis for Biden Climate Plan Challenged by Experts. Joe Biden’s proposed plan “to meet the existential threat of climate change” by achieving a “carbon pollution-free” power sector by 2035 proceeds from faulty scientific assumptions, according to energy policy analysts and a Princeton physicist.

The former vice president and presumptive Democratic presidential nominee unveiled his plan to “build a modern sustainable infrastructure and an equitable clean energy future” on July 14. No Senator Feinstein: China Is Not a ‘Respectable’ Country. Human Exceptionalism Is the Solution to Racism. Biden-Sanders Unity Agreement Marks Democrats’ Lurch to the Left. The Preservation of America’s Republic Hangs in the Balance. America's new president will put an end to Obama's flight from reality. The Benghazi talking points. Detroit becomes the largest city in U.S. history to file for bankruptcy. Debt estimated to be as much as $20 billionUnion and pensions board refused to agree to last-chance survival plan City has been borrowing money to pay employees. Obama promises disappear from transparency website. July 26 (UPI) -- President Obama's 2008 transition team website Change.gov has been publicly accessible for years, until June 8 when Obama's campaign promises and agenda were taken down.

Obama battles to contain THREE growing 'scandals': White House evades fury over Benghazi cover-up, IRS targeting tea party groups and DOJ spying on reporters' phone calls. Press secretary Jay Carney insists the White House had no knowledge of the IRS's admitted plan to subject right-wing groups to closer scrutiny Carney also says the administration was unaware of the Justice Department's seizure of Associated Press phone records until 'yesterday' The administration continues to spin Benghazi, telling reporters that 'politicization' and comparisons with Richard Nixon are Republicans' fault Asked what action Obama will take on the IRS scandal, Carney responded only, 'We'll see' One-THIRD of committees in the House of Representatives are now investigating the Obama administration Criminal investigation is launched into the AP phone records, with Attorney General Eric Holder recusing himself from the probe PUBLISHED: 19:48 GMT, 14 May 2013 | UPDATED: 09:17 GMT, 15 May 2013.

During Rose Garden press conference, Obama refuses to apologize for secretly seizing AP phone records, shifts blame to Congress for Benghazi security lapses, and dodges question about White House IRS knowledge. Assailed by questions over three scnadals engulfing White House during Rose Garden press conference with Turkish Prime Minister Would not say whether anyone in his West Wing knew about the IRS targeting of the Tea Party before last week Offered 'no apologies' for DoJ secretly seizing phone records of Associated Press reporters over intelligence leak Admitted 'lessons needed to be learned' from Benghazi but said it was up to Congress to approve more money for military to provide extra security in hotspots abroad By David Martosko In Washington PUBLISHED: 17:18 GMT, 16 May 2013 | UPDATED: 02:00 GMT, 17 May 2013 President Barack Obama dodged questions Thursday about the IRS's targeting of conservative groups, shifted responsibility for the Benghazi attack to Congress, and said 'I offer no apologies' for the Department of Justice's secret seizure of reporter's phone records in search of a classified intelligence leak.

As budget fights loom, Congress examines 'tens of billions of dollars' in annual Washington waste. Obama 2014 budget analysis: Numbers based on imagined spending cuts and a middle-class tax hike. Nnecticut killings: it's the shooter, not the guns. Citizens United: Massive political campaign donations during the Roman Republic are a cautionary tale for the corrupt influence of money in politics today.

The 'Fiscal Cliff' America is over. American companies must shun China¿s top two technology firms as they are a security threat, warns House Intelligence Committee. The Magnitude of the Mess We're In. ‘The Queen of Versailles’ almost makes you feel sorry for the 1%. Almost. A Pyrrhic victory at the Supreme Court as Obamacare becomes Obamatax. Faulty tests blamed for California nuclear plant leak.