Canadian politics. Canadian Arctic. Canadian economics. The World’s Most (And Least) Miserable Countries on Planet Earth. In what follows, I update my annual Misery Index calculations. 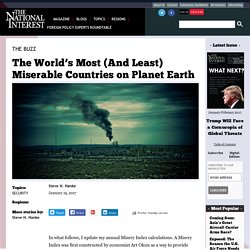 A Misery Index was first constructed by economist Art Okun as a way to provide President Lyndon Johnson with a snapshot of the economy. The original Misery Index was just a simple sum of a nation’s annual inflation rate and its unemployment rate. The Misery Index has been modified several times, first by Robert Barro of Harvard and then by myself. My modified Misery Index is the sum of the unemployment, inflation, and bank lending rates, minus the percentage change in real GDP per capita. A higher Misery Index score reflects higher levels of “misery,” and it’s a simple enough metric that a busy president without time for extensive economic briefings can understand at a glance.

On the hidden horrors of Soviet life. Ninety-nine years ago, Tsar Nicholas II abdicated, and, after a few months of weak parliamentary rule, the Bolsheviks seized power. 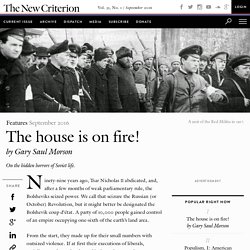 We call that seizure the Russian (or October) Revolution, but it might better be designated the Bolshevik coup d’état. Why Ayaan Hirsi Ali’s Criticism of Islam Angers Western Liberals. Ayaan Hirsi Ali attends a book presentation in April 2015 in Berlin. 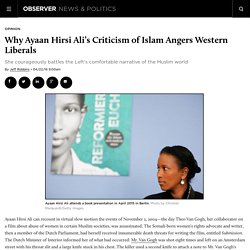 Photo by Christian Marquardt/Getty Images Ayaan Hirsi Ali can recount in virtual slow motion the events of November 2, 2004—the day Theo Van Gogh, her collaborator on a film about abuse of women in certain Muslim societies, was assassinated. The Somali-born women’s rights advocate and writer, then a member of the Dutch Parliament, had herself received innumerable death threats for writing the film, entitled Submission. Why Canada's military risks returning to a decade of darkness. Paris Is on Wartime Footing. What a difference a year makes. 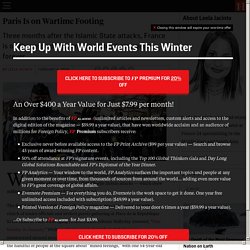 Just 12 little months and the spirit of solidarity after the January 2015 Charlie Hebdo attacks — which drew millions to the streets across France — is dead. The American military is bad at teaching others how to fight. Photo by Andrew Burton/Getty Images When the invasion of Iraq triggered an insurgency, a civil war, and the collapse of social order, Colin Powell coined the “Pottery Barn rule” about military intervention: “You break it, you own it.” 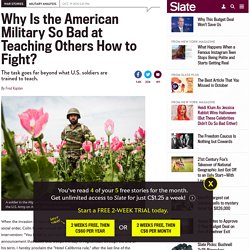 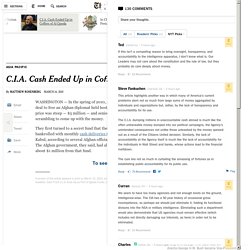 But the price was steep — $5 million — and senior security officials were scrambling to come up with the money. They first turned to a secret fund that the bankrolled with monthly cash deliveries to the presidential palace in Kabul, according to several Afghan officials involved in the episode. The Afghan government, they said, had already squirreled away about $1 million from that fund. Within weeks, that money and $4 million more provided from other countries was handed over to Al Qaeda, replenishing its coffers after a relentless C.I.A. campaign of drone strikes in Pakistan had decimated the militant network’s upper ranks.

“God blessed us with a good amount of money this month,” Atiyah Abd al-Rahman, the group’s general manager, wrote in a letter to in June 2010, noting that the cash would be used for weapons and other operational needs. 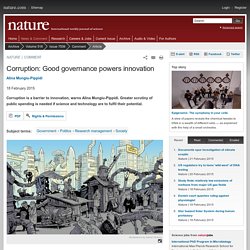 Similarly, US President Barack Obama stressed the importance of innovation in economic recovery in his 2014 state of the union address: “Today in America ... an entrepreneur flipped on the lights in her tech start-up, and did her part to add to the more than 8 million new jobs our businesses have created over the past four years.” And pledges and encouragements for innovators in the developing world have come from agencies including the World Bank and World Economic Forum. Innovation is key to prosperity. Democracy Is in Recession. Every month now we get treated to another anti-Semitic blast from Turkey’s leadership, which seems to be running some kind of slur-of-the-month club. 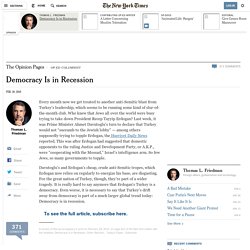 Who knew that Jews all over the world were busy trying to take down President Recep Tayyip Erdogan? Last week, it was Prime Minister Ahmet Davutoglu’s turn to declare that Turkey would not “succumb to the Jewish lobby” — among others supposedly trying to topple Erdogan, the Hurriyet Daily News reported. This was after Erdogan had suggested that domestic opponents to the ruling Justice and Development Party, or A.K.P., were “cooperating with the Mossad,” Israel’s intelligence arm.

So few Jews, so many governments to topple. Is Democracy in Decline? The Blame for the Charlie Hebdo Murders. The murders today in Paris are not a result of France’s failure to assimilate two generations of Muslim immigrants from its former colonies. 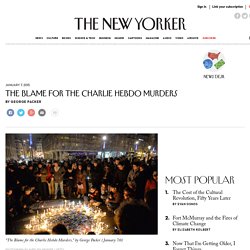 They’re not about French military action against the Islamic State in the Middle East, or the American invasion of Iraq before that. They’re not part of some general wave of nihilistic violence in the economically depressed, socially atomized, morally hollow West—the Paris version of Newtown or Oslo. Least of all should they be “understood” as reactions to disrespect for religion on the part of irresponsible cartoonists. They are only the latest blows delivered by an ideology that has sought to achieve power through terror for decades.