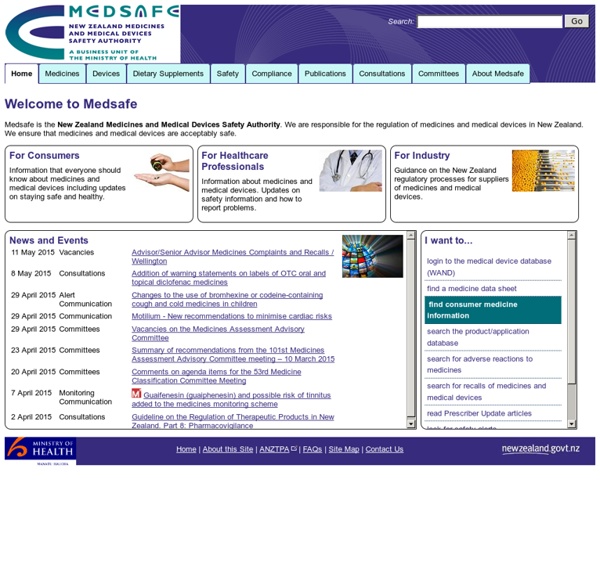 21st Century Cures - FasterCures The 21st Century Cures Act (P.L. 114-255) is landmark, bipartisan legislation that was signed into law on Dec. 13, 2016, and touches virtually all aspects of biomedical research, medical product development and the regulatory approval process. Read what FasterCures has said about 21st Century Cures over the years. FasterCures worked closely with Congress, federal agencies and the advocacy community throughout the legislation’s journey to the president’s desk. In February 2017, we debuted the 21st Century Cures Tracker to track the implementation of the 100+ sections in Division A, which include the key provisions relevant to biomedical research and innovation. (Other divisions of the law pertain to mental health and Medicare; since those are not areas of focus for FasterCures, we will not be actively tracking them here.) Learn more about how to use the tracker with our FAQs page. Please keep coming back, as we will be updating the information regularly. Send us your feedback and updates

Regulatory intelligence Recently I came across a perfect and involuntary example of business blindness in a financial magazine, which led me to ponder on the real meaning of intelligence, from a professional perspective. The whole winter issue of the publication was dedicated to emerging markets, but one sentence caught my attention: 'Libya is not only a place where political and economical stability lie, but one of the major opportunities to invest your money…' The word 'intelligence' is biased, since in most European languages it means 'the intellect, the understanding (of a person or an animal)'. However, the English language includes a further subtle definition, according to the Oxford English Dictionary: 'the collection of information, especially of military or political value.' Being a regulatory professional in the pharmaceutical field, I started thinking about 'regulatory intelligence' (RI), its definition, implications and value. In recent years, RI has evolved rapidly and is now a speciality. 1.

Home Legalities Surrounding Pharmaceutical Industry In UAE - Food, Drugs, Healthcare, Life Sciences - United Arab Emirates Registration Mondaq Ltd requires you to register and provide information that personally identifies you, including what sort of information you are interested in, for three primary purposes: To allow you to personalize the Mondaq websites you are visiting.To enable features such as password reminder, newsletter alerts, email a colleague, and linking from Mondaq (and its affiliate sites) to your website.To produce demographic feedback for our information providers who provide information free for your use. Mondaq (and its affiliate sites) do not sell or provide your details to third parties other than information providers. The reason we provide our information providers with this information is so that they can measure the response their articles are receiving and provide you with information about their products and services. If you do not want us to provide your name and email address you may opt out by clicking here Terms & Conditions and Privacy Statement Use of www.mondaq.com Disclaimer

Improving Timely Access to Medicines While the single-payer public healthcare system provides universal healthcare, including drugs used in hospitals, costs for drugs used outside of hospitals may not be covered. Provincial drug plans pay for many medicines and devices for specific populations, while other Canadians have a significant portion of drug and device costs paid for via private health insurance, or have no drug plan coverage at all and therefore have to pay out-of-pocket. Additionally, the interplay between federal and provincial/territorial roles in Canadian healthcare requires a multi-step process to get drugs from development through regulatory approvals, health technology assessment, price negotiation and payment decisions, and finally to the patients who need them. Some of these projects include: One project with significant internal and external interest is a re-examination of the criteria used to determine if a drug will receive priority review.

Biosafety All activities with GMOs in South Africa are regulated under the GMO Act. This includes research and development, import/export, production, consumption and other uses of GMOs and their products. See full article Although some international agreements are in place, e.g. the Cartagena Protocol on Biosafety, it is important to realise that GMOs are governed based on national legislation. Read more At the international level, an agreement called the Cartagena Protocol on Biosafety to the Convention on Biological Diversity is the main source of regulation for products of genetic engineering. Find out more

Genetically modified foods in China and the United States: A primer of regulation and intellectual property protection 1. Introduction Genetically modified organisms (GMOs), also known as genetically engineered or transgenic organisms, for use as human foods or animal feeds are commonplace nowadays. On November 19, 2015, the Food and Drug Administration (FDA) of the United States approved the first-ever genetically modified animal for human consumption [1]. The advances in recombinant DNA technology in the 1980s have led to the creation of GM foods. Approximately 70%–90% of GM crops are used as feeds for food-producing animals [4]. As of October 2014, 65 countries have granted regulatory approvals to GM crops for use as foods, feeds or for environmental release, encompassing a total of 27 types of GM crop and 357 GM events [5]. While for GM foods, production and marketing are generally permitted; many countries do not mandate a labeling of GM foods [6]. Available scientific findings seem to be in favor of the safety of GM organisms. There are mounting evidences supporting GM foods are safe. 2. 4. 4.1.

Same Science, Different Policies: Regulating Genetically Modified Foods in the U.S. and Europe by Jessica Lau figures by Krissy Lyon Summary: Government regulations for genetically modified foods vary, from relatively relaxed policies in the U.S. that focus on the final food product to strict rules in the European Union that consider the genetic engineering process used to make the food. Despite these differences, the common goal of these regulations is to ensure the safety of the food supply. To this end, regulatory bodies use scientific data to determine the potential impacts of genetically modified foods on human and environmental health. The data serve as a standardized basis to evaluate safety, such that discussions can move on to consider other economic and ethical aspects of regulations. “This is no fairy story and no joke; the meat would be shoveled into carts, and the man who did the shoveling would not trouble to lift out a rat even when he saw one—there were things that went into the sausage in comparison with which a poisoned rat was a tidbit [1].” Figure 1. Figure 2.

Transparency in drug regulation: public assessment reports in Europe and Australia JavaScript is disabled on your browser. Please enable JavaScript to use all the features on this page. Highlights We describe our experiences in publishing European Public Assessment Reports (EPARs) and Australian Public Assessment Reports (AusPARs). EPAR and AusPAR publication ensures high transparency about the reasons for marketing authorisation of medicines. Web traffic data indicate public assessment reports are being increasingly accessed online. Scientific progress and stakeholders’ desire for greater information necessitate a continuous evolution in communicating medicines’ information. Interaction with stakeholders is essential to obtain their perspective and to tailor communication tools appropriately. Regulatory agencies can learn from each other when publishing their scientific rationale for medicines approval. Openness and transparency are important considerations for medicines regulators, where public health is of paramount concern.

How AI Tech Is Changing Regulatory Writing – Certara Did you know that you’re likely using artificial intelligence (AI) in your everyday life? For example, the digital music service, Spotify, creates “mood-based” playlists that are curated to users’ musical preferences. Spotify generates these customized play lists using a machine learning algorithm that has learned your unique musical preferences based on your previous interactions with songs, musicians, and playlists. AI technology is driving innovation for multiple industries including pharma. In this blog post, I’ll discuss how using AI for regulatory writing is reshaping drug development. The ROI on AI technology The timeline for launching a drug to market typically involves a decade of discovery and pre-clinical research followed by another eight years for clinical trials. AI: from skepticism to enthusiasm Until recently, pharmaceutical companies employed structured authoring to streamline document writing. Currently, the main uses of AI are in basic drug development research.

Big Pharma Gets Boost as China Speeds Up New Drug Approvals For decades, Chinese patients have struggled to gain access to cutting-edge medicines thanks to bureaucratic delays that have hamstrung drug development. Now a sweeping government overhaul of drug approvals is poised to change that. Beijing on Sunday announced new rules that will speed up approvals of medicines and medical devices, easing bottlenecks in introducing new treatments. The move is also a growth opportunity for international and local drugmakers in the world’s second biggest pharmaceutical market. It also parallels the acceleration of approvals by the U.S. Under China’s new rules, data from overseas clinical trials can be used for drug registrations in the country. Faster approvals could deliver a revenue boost in coming years to Pfizer Inc., AstraZeneca Plc, GlaxoSmithKline Plc and other multinationals that are expanding there. The changes were announced by the State Council, China’s cabinet, just days before a key leadership gathering in Beijing next week. Bold Reforms