H-Net Reviews. Where Does the U.S.-Iran Deal Leave Israel? Interior of a a Titan missile silo. 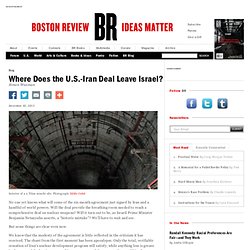 Photograph: Eddie Codel No one yet knows what will come of the six-month agreement just signed by Iran and a handful of world powers. Will the deal provide the breathing room needed to reach a comprehensive deal on nuclear weapons? Will it turn out to be, as Israeli Prime Minister Benjamin Netanyahu asserts, a “historic mistake”? How Chess Explains the World - By John Arquilla. Liberty, Liberalism and Surveillance: a historic overview. THOUGHTS ON FRAGILE AND FAILED STATES Part 2. As no two fragile or failed states are the same, there can be no universal template to bring about positive change or a reversal from the brink of collapse to a stable and prosperous state. 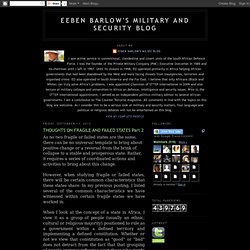 Rather, it requires a series of coordinated actions and activities to bring about this change. However, when studying fragile or failed states, there will be certain common characteristics that these states share. In my previous posting, I listed several of the common characteristics we have witnessed within certain fragile states we have worked in.

What Putin Has to Say to Americans About Syria. Reviews. Bear F. 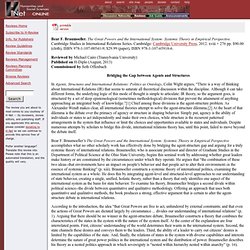 Can chaos theory teach us anything about international relations? This year marks that 50th anniversary of the branch of mathematics known as chaos theory. 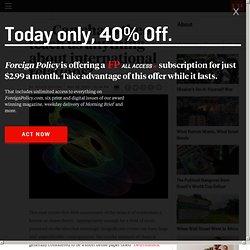 Appropriately enough for a field of study premised on the idea that seemingly insignificant events can have large and unpredictable consequences, the eureka moment of chaos is generally considered to be a short dense paper titled "Deterministic Nonperiodic Flow" published on page 130 of volume 20 of the Journal of the Atmospheric Sciences in 1963. ‘Assad is facing assassination no matter what happens’ – Noam Chomsky. 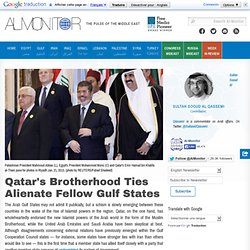 (photo by REUTERS/Fahad Shadeed) Author: Sultan Sooud Al Qassemi Posted January 23, 2013 The Arab Gulf States may not admit it publically, but a schism is slowly emerging between these countries in the wake of the rise of Islamist powers in the region. Qatar, on the one hand, has wholeheartedly endorsed the new Islamist powers of the Arab world in the form of the Muslim Brotherhood, while the United Arab Emirates and Saudi Arabia have been skeptical at best. Although disagreements concerning external relations have previously emerged within the Gulf Cooperation Council states — for instance, some states have stronger ties with Iran than others would like to see — this is the first time that a member state has allied itself closely with a party that another member state accuses of undermining its system of government.

The FP Top 100 Global Thinkers. In 2012, the hopes for the Arab Spring began fading into cynicism as the world watched Syria descend into civil war, while the region's nascent democracies struggled with their newfound freedom. 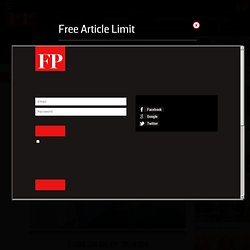 But, meanwhile, one of the most remarkable and unexpected political reversals of our time has unfolded on the other side of the globe: Burma, long among the world's most repressive dictatorships, began to reform under the leadership of two very unlikely allies. For nearly 20 years, dissident Aung San Suu Kyi was sealed under house arrest by Burma's paranoid military junta, which had drawn an iron curtain over the country since 1962. Now she's a duly elected member of the country's parliament -- and it's partly thanks to reformist President Thein Sein, a former general often described as an awkward, bookish bureaucrat. 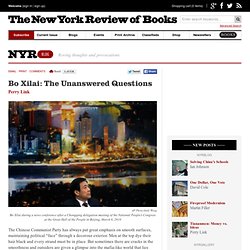 Men at the top dye their hair black and every strand must be in place. But sometimes there are cracks in the smoothness and outsiders are given a glimpse into the mafia-like world that lies behind it. On July 26, China’s Xinhua News Agency reported that Bogu Kailai and her personal assistant had been charged with murder. US and China engage in cyber war games. The US and China have been discreetly engaging in "war games" amid rising anger in Washington over the scale and audacity of Beijing-co-ordinated cyber attacks on western governments and big business, the Guardian has learned. 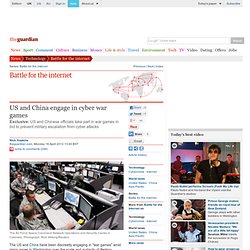 State department and Pentagon officials, along with their Chinese counterparts, were involved in two war games last year that were designed to help prevent a sudden military escalation between the sides if either felt they were being targeted. Another session is planned for May.