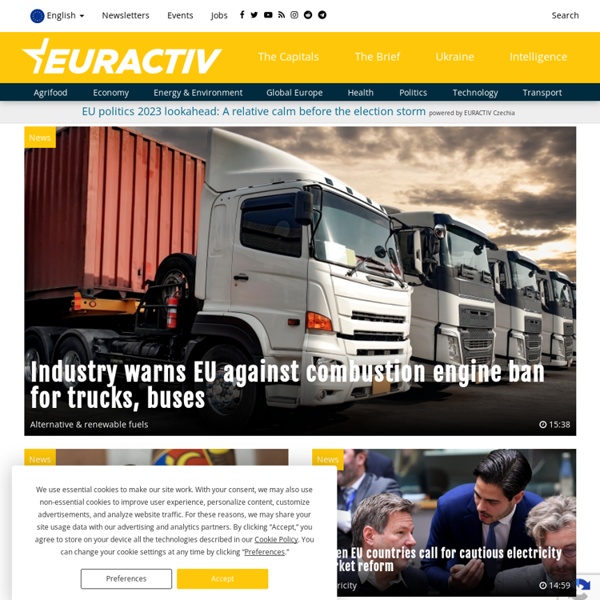 European Union map Member countries of the EU (year of entry) The European Union has 28 member countries: On the road to EU membership Candidate countries 10 Motivational TED Talks to Watch With Breakfast One of my favorite innovations in recent years is the idea of TED Talks. Whether you attend a session in person or watch online, you can learn and gain inspiration and see and hear people tell their stories and share their expertise firsthand. It's accessible, substantive information on virtually every topic imaginable. If reading the news first thing in the morning is bringing you down, why not save that task for a bit later in the day? Book - The Trouble With Europe By Roger Bootle ‘The EU is the most important thing that stands between Europe and success.’ Six decades ago Europe’s leaders had a noble dream: to prevent another terrible war, and to act as a beacon of co-operation rather than conflict. The European Economic Community eventually became the European Union, and so began a seemingly inevitable march towards a federal super-state, culminating in the creation of the totemic single currency: the Euro. The European Union is now at a crossroads. Its original objectives, the logic of existing relationships and monetary union, are pushing it towards full political union – some sort of United States of Europe, at least of the Eurozone.

Chatham House, the Royal Institute of International Affairs What is RSS? RSS (Really Simple Syndication) feeds are files which can be loaded into RSS viewers, and automatically display new content from the Chatham House website. This allows you to keep up to date with news from Chatham House without having to view every section of the website. An RSS service (or channel) consists of a list of items, each of which contains a headline, a description, and a link back to a web page on the Chatham House site. You can choose to sign up to the main chathamhouse.org feed (Chatham House - What's New below), which will stream the headlines of all new Chatham House content to you, or you may prefer to receive a feed only on, for example, new Africa-related material.

The Trouble with Europe: Why the EU isn't Working, How it Can be Reformed, What Could Take Its Place: Amazon.co.uk: Roger Bootle: 9781857886306: Books Review I recommend our diplomats and ministers read this book: it will provide them with an intellectual backbone. This will be the essential vade mecum if and when a referendum campaign takes place. The part of Bootle's book in which he analyses the pros and cons of British exit from the EU will be the most influential. (Dominic Lawson The Sunday Times) An outstanding, grown-up account of the failures of the European Union. Roger Bootle - Capital Economics Roger Bootle is one of the City of London’s best-known economists. As well as running Capital Economics, which he founded in 1999, Roger is also a Specialist Adviser to the House of Commons Treasury Committee and an Honorary Fellow of the Institute of Actuaries. He was formerly Group Chief Economist of HSBC and, under the previous Conservative government, he was appointed one of the Chancellor’s panel of Independent Economic Advisers, the so-called ‘Wise Men’. In 2012, Roger and a team from Capital Economics won the Wolfson Prize, the second biggest prize in Economics after the Nobel. Roger Bootle studied at Oxford University and then became a Lecturer in Economics at St Anne’s College, Oxford. Most of his subsequent career has been spent in the City of London.