Twitter. 7 historic British castles that Airbnb will rent you for less than £200. Why leave the country, when Britain’s got some of the most gorgeous countryside around? 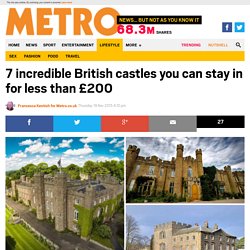 But better yet, we’ve got castles. Castles that are surprisingly affordable to stay in. Not just the luxury of rich superstars, ordinary folks like us can rest our weary heads on super-soft pillows, nestled on four-poster beds. We too can run around battlements, pretending to be the kings and queens of days past. Acres of grounds, heated pools and centuries-old towers all feature heavily on this list of seven castles you can rent for less than £200 per person, per night. 1.

Yeah we know, forking out £700 a night in Suffolk sounds a bit steep – even for a castle. But, hear us out – Butley Priory sleeps 15. To sleep in a goddamn castle. MORE: 16 reasons UK staycations are better than travelling abroad. 16 extraordinary UK castles you need to visit – from Cornwall to the Isle of Skye. Sometimes we take for granted the wealth of history the UK has to offer. 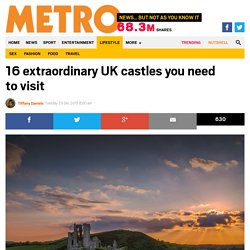 Being oblivious to what’s around us can mean missing out on the ruinous and elaborate, yet beautiful castles hidden in plain sight on our doorstep. Below we look at 16 extraordinary UK castles you need to visit. Castles in Wales Love them though we do, throughout history the Welsh have been perceived as troublemakers. The Romans avoided them totally, the Normans attempted to barricade them in and, until Henry VIII’s reign, the country was considered to be savage. Because of the constant battles up and down the Welsh border, the country boasts an impressive array of fortified and defensive castles. Carew Castle, Pembrokeshire. Cecile Duchesne - Photos de la publication de Cecile... Log into Facebook. Se connecter à Facebook. Has the Qatari royal family bought this stunning Scottish estate? A magnificent rural mansion housed on its own private island in the Scottish Highlands is rumoured to have been snapped up by the Qatari royal family as a woodland holiday retreat. 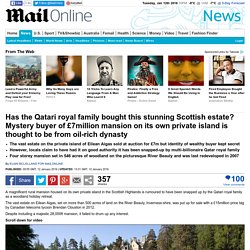 The vast estate on Eilean Aigas, set on more than 500 acres of land on the River Beauly, Inverness-shire, was put up for sale with a £15million price tag by Canadian telecoms tycoon Brendan Clouston in 2012. Despite including a majestic 28,000ft mansion, it failed to drum up any interest. Scroll down for video. Castel Vecchio Verona. Minus 20 degrees. St. Petersburg. The queue to the Hermitage.□□□☺️□□□□ Photography by ©Peter Hammer. Chain Bridge At Night, Budapest, Hungary. 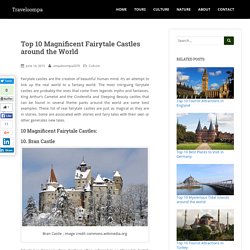 It’s an attempt to link up the real world to a fantasy world. The most intriguing fairytale castles are probably the ones that come from legends myths and fantasies. King Arthur’s Camelot and the Cinderella and Sleeping Beauty castles that can be found in several theme parks around the world are some best examples. These list of real fairytale castles are just as magical as they are in stories. Some are associated with stories and fairy tales with their own or other generates new tales. Top 10 Magnificent Fairytale Castles around the World. Top 10 Amazing Fairytale Castles around the World - - #wonder #castle #Amazing #fairytale. Google Translate. Christie's specialists select their favourite lots of 2015 — not simply those that sold for the highest prices, but artworks and objects that inspired, intrigued or moved them Jussi Pylkkänen, Christie’s Global President, on the masterpiece by Pablo Picasso that set a new world record for the most valuable work of art sold at auction Laetitia Delaloye, Head of Sale in the Antiquities department in London, on a Cycladic marble female figure Sara Friedlander, Head of Evening Sale for Post-War and Contemporary Art, on a piece by Felix Gonzales-Torres that encouraged viewers to eat and deplete it Margaret Gristina, specialist in Asian and Chinese Works of Art, on a rare blue and white dated Gu-form vase. 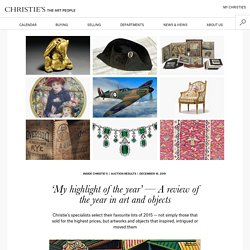 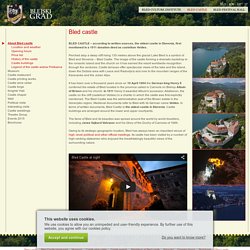 Photography by ©Luca Casartelli. Golden Sunset In Bruges, Belgium. A silent night in Prague~♡ Have an awesome day dear friends. Remember to flow...like a river. See you later! □□ Photography by ©Howard Ignatius. Attingham Park. 12 reasons you should visit Shropshire now. The county of Shropshire – nestled between Herefordshire and Cheshire with Wales just on the left – has great food and drink, friendly locals, and all manner of things to see and do. 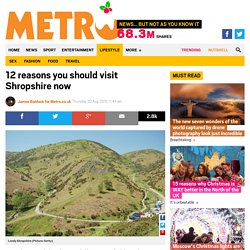 Best of all, its off the beaten track location makes it comparatively free of camera-snapping tourists. If you pay a visit, here’s where to go… 1. Ludlow Described as ‘the most vibrant small town in England’, Ludlow has a reputation as a tour-de-force of local produce and independent traders and it’s hard to ignore the relaxed, slower pace of life that permeates from its Georgian buildings and market streets. Highlights include the castle, the gastronomic paradise that is the Ludlow Food Centre and the borderline iconic De Grey’s Tea Room – which still has its bakery and deli, even if it is now owned by a chain. 2.

12 reasons you should visit Shropshire now. The beauty and brightness of fall in tsars’ former residence. Golden leaves and golden palace next to St. 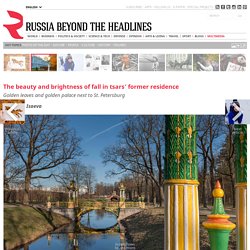 Petersburg Scroll down to see more Yury Molodkovets The tsars’ former summer residence, now called Pushkin (sometimes known by its former name Tsarskoe Selo), is the perfect place for a one-day trip if you visit St. Petersburg. Filled with maple trees, this suburb (24 kilometers from the center) is one of the best parks to see the leaves change their colors for many miles around. The territory features two main palaces - the Alexander Palace (Neoclassical) and the Catherine Palace (Rococo). For XVIII-XIX centuries Tsarskoe Selo was the official summer residence of the imperial family. "Todo llega para el que sabe esperar." □ □ □ □ Scotney Castle near Lamberhurst, Kent, South East, England. The color of springtime is in the flowers; the color of winter is in the imagination. T. Guillemets. Petrin Tower View, St Vitus Cathedral, Prague. On the water in Bruges, Belgium.

My #dream bedroom;) golden theme all the way! #love #lifestyleblogger #lifestyle #Luxury #luxurytravel #romance. Twitter Video. Freediving under the golden canopy of the kelp forest, Laguna Beach, California. Historic area in Bruges, Belgium. You, too, can live like royalty in Morocco. Aerial View of a Tropical Island Maldives. Eltz Castle in Germany. Richmond Park, London, England. Photography by ©Daniele Rossi. Neuschwanstein Castle, Bavaria, #Germany. Photography by ©Janez Tolar #piclogy. Cambridge, England. #england. Looking over Neuschwanstein Castle. Rainford village apartment above a Co-op boasts 3 bedrooms and a large garden. Svenja on Instagram: “Nicknamed the "Neuschwanstein of the north", Schwerin Palace is one of the most important works of romantic historicism. A former residence of the Dukes of Mecklenburg and later Mecklenburg-Schwerin, it is now home of Mecklenburg-Vor. 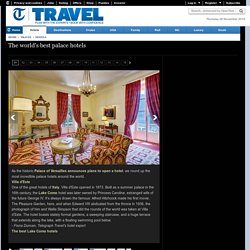 It was a beautiful weekend. 17 Magical Cottages Taken Straight From A Fairy Tale. It’s often said that home is where the heart is, but I’m sure that most of us would easily fall in love with these fairytale cottages and leave our old homes behind in a heartbeat. 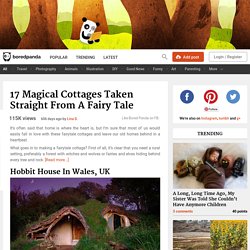 What goes in to making a fairytale cottage? First of all, it’s clear that you need a rural setting, preferably a forest with witches and wolves or fairies and elves hiding behind every tree and rock. [Read more...] Then there’s the cottage itself. Some of these are based on historical styles while others feature fantastic designs found only in their creators’ imaginations.